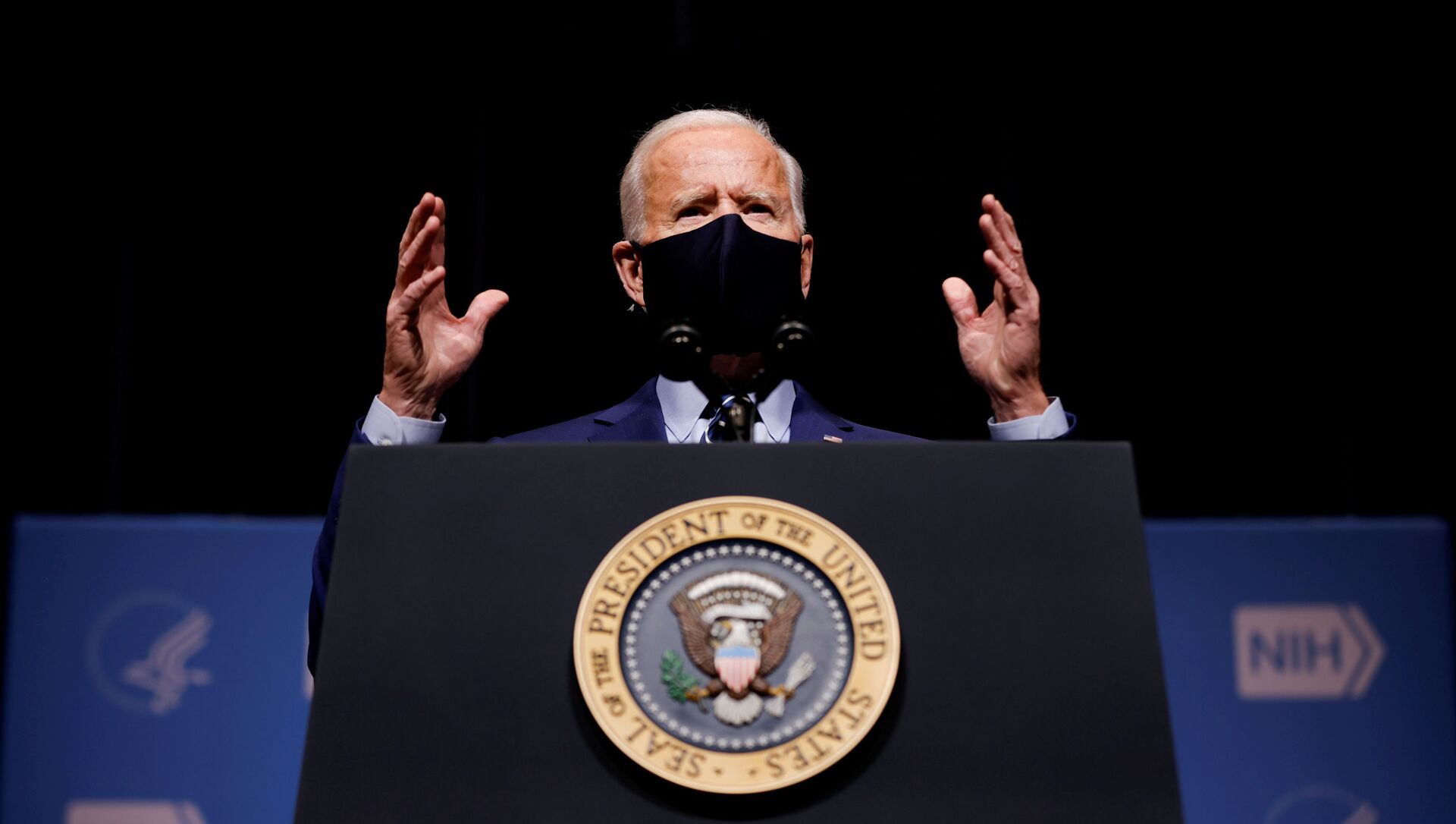 Morgan Artyukhina
All materialsWrite to the author
A declassified report by the National Intelligence Council claims that Russian government organizations waged a disinformation war against US President Joe Biden during the 2020 presidential election campaign at the direction of Russian President Vladimir Putin. The analysts reported no evidence of foreign hacking in the election.

According to the report, the NIC has assessed that "Russian President Putin authorized, and a range of Russian government organizations conducted, influence operations aimed at denigrating President Biden's candidacy and the Democratic Party, supporting former President Trump, undermining public confidence in the electoral process, and exacerbating sociopolitical divisions in the US."

The report further notes that "unlike in 2016, we did not see persistent Russian cyber efforts to gain access to election infrastructure," and also notes that "we have no indications that any foreign actor attempted to alter any technical aspects of the voting process in the 2020 US elections, including voter registration, casting ballots, vote tabulation, or reporting results."

This influence, the report claims, included both repeating Trump's messaging where Russia was assumed to support the message and criticizing Trump when his actions went against assumed Russian interest, with the same being true for Biden, as well as making "allegations of social media censorship" and highlighting "US divisions surrounding protests about racial justice."

It goes on to claim that a variety of other nations and groups also "took some steps to attempt to influence the election," including Hezbollah, Cuba, Venezuela, China, and Iran, the lattermost of which the NIC accused of carrying out a "multi-pronged covert influence campaign" that allegedly attempted to "undercut" Trump's re-election prospects without directly promoting his rivals," which it says was at the direction of Ayatollah Ali Khamenei.

In the weeks before the November 3, 2020, election, then-DNI John Ratcliffe claimed that Iran and Russia had "taken specific actions to influence public opinion relating to [US] elections," including Iran supposedly sending "spoofed emails designed to intimidate voters, incite social unrest and damage." However, metadata from those emails, which purported to be from the pro-Trump right-wing gang Proud Boys and threatened would-be Biden voters, actually pointed to a number of countries other than Iran, including Saudi Arabia, Estonia, Singapore and the United Arab Emirates, according to the Washington Post.

According to the NIC, this Russian influence was carried out in part by "Russian proxies" in Ukraine who "sought to use prominent US persons and media conduits to launder their narratives to US officials and audiences." In particular, the report cites audio recordings released last year by Ukrainian lawmaker Andrii Derkach and others of 2016 conversations between Biden and former Ukrainian President Petro Poroshenko that revealed the extent to which Biden pressured him to fire Prosecutor General Viktor Shokin.

At the time, Biden was US vice president and his son, Hunter Biden, sat on the board of Burisma Holdings, a gas company Shokin was investigating.

The NIC claims that the masterminds of the anti-Biden disinformation operation were Derkach and political consultant Konstantin Kilimnik, the latter of whom was claimed in the 2019 Mueller Report to have "ties to Russian intelligence." A subsequent investigation by Sputnik found it far more likely that Kilimnik is connected to US intelligence than it is that he has GRU connections.