OPCW, IAEA Losing Competence as They Come Under External Pressure to 'Alter the Facts' - Report 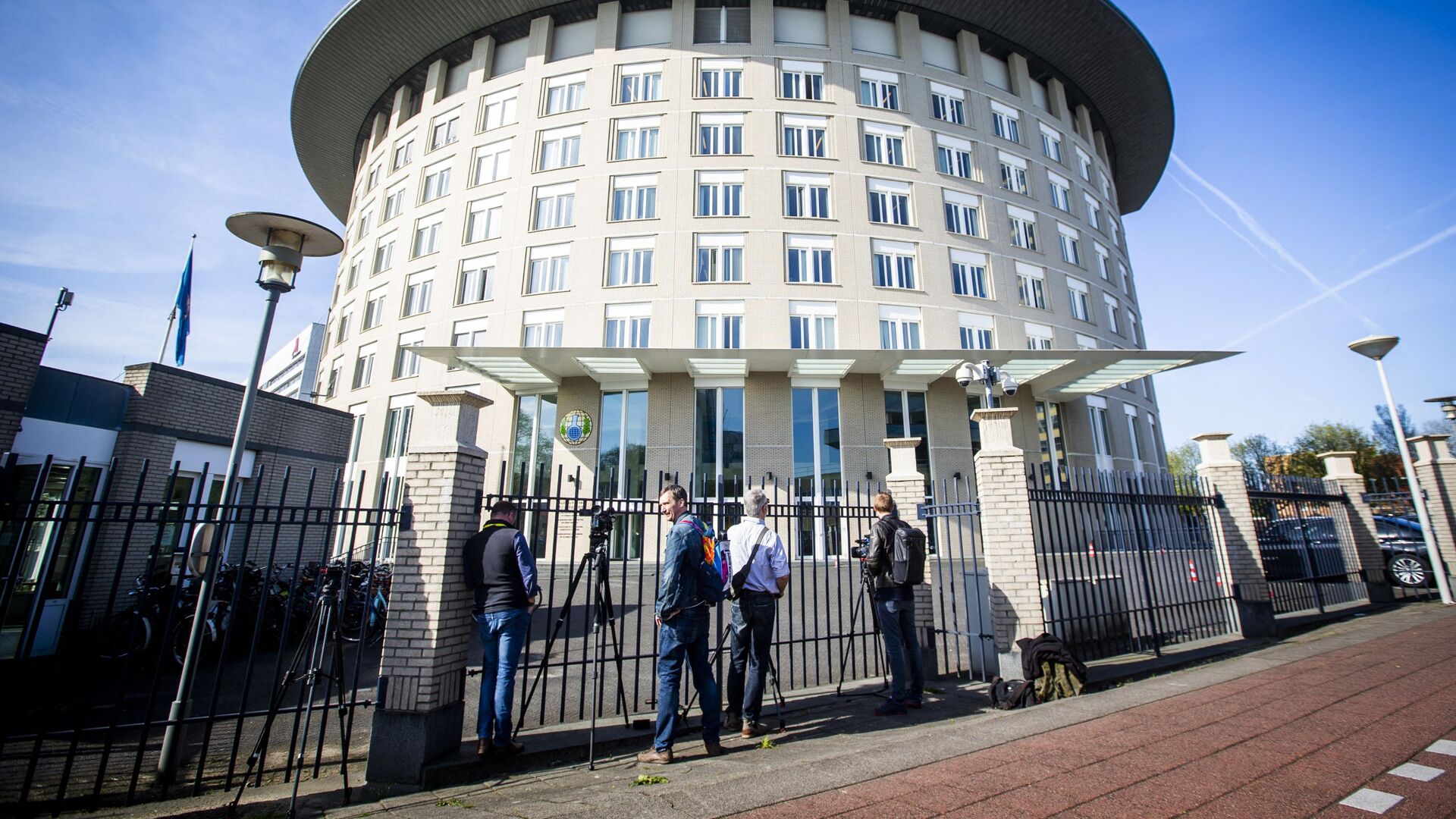 Kirill Kurevlev
Managing Editor
All materialsWrite to the author
Earlier this month, Russian Ambassador to the United Nations Vassily Nebenzia said Western countries were trying to strip the Syrian government of its rights in OPCW, as they were using the chemical weapons case against Syria as an instrument to punish what Western countries view as "undesirable authorities" in Damascus.

Lawrence Wilkerson, former US Secretary of State Colin Powell's chief of staff, argues that international bodies, like the Organization for the Prohibition of Chemical Weapons (OPCW), have been occasionally pressured by some countries into "altering the facts" in regard to its investigation of the alleged chemical attack in the Syrian city of Douma in 2018.

This statement follows the Courage Foundation's recent report, where it is stated that the OPCW had "sidestepped" worries about its contested inquiry into the alleged chemical attack, accusing the body of endorsing "unsubstantiated or possibly manipulated" findings.

"One of the favorite techniques of organizational leadership, when their organization is accused of malfeasance or wrongdoing, is to open attacks on their accusers. This is particularly true when all or some of the accusers come from within the organization's own ranks, as is the case with this incident with the OPCW. In America, we call such accusers "whistleblowers" and supposedly have laws to protect them; but those laws rarely function properly," Wilkerson said in an interview with Press TV.

According to the report, Wilkerson, who also used to serve as a US army colonel, admitted that such pressure is commonly placed on international organizations.

“In this case of the OPCW's investigation of the alleged chemical weapons attack in Douma, Syria in April 2018, there seems to be more weight of actual evidence on the side of the whistleblowers than the OPCW leadership.  It would not be the first time that an international/United Nations organization like the OPCW was pressured by one of the Perm-Five members of the UNSC to "alter the facts" so that they conform to the wishes of the member,” he continued.

External pressure, Wilkerson added, is a factor that undermines the professionalism of organizations such as OPCW.

“I think that when the OPCW is operating in a more or less non-controversial way - for instance, when it helped the US Army and others to destroy over 600 metric tons of chemical weapons from Syria in 2014 - it operates in a professional and competent manner," he said. "However, when such organizations as the IAEA or the OPCW come under strong pressure from one or more members of the Perm-5 of the UNSC - particularly the US, China, or Russia - they sometimes bend to that pressure and are thus less competent and less professional."

He said that the accusations levied against the Middle Eastern country's government were motivated by a long-standing desire to oust President Bashar Assad and carry out a "regime change" in Syria.

“Certain western countries - led by the US - had a strong interest in making Syrian President Bashar al-Assad appear to be a tyrant whose actions inside Syria against some of his own people warranted his removal from power- in other words, regime change in Syria.

The leaders in these western countries have in the past brought pressure to bear on agencies like the OPCW to render findings that comport more with these leaders' policy aims than with the actual facts on the ground. I believe that is what occurred with the April 7 attacks,”  Wilkerson concluded.

The OPCW concluded that the Syrian government had dropped two gas cylinders in a civilian area of Douma from an aircraft and that chlorine was most likely used in the suspected April 2018 attack on the city, which lies on the northeastern outskirts of the Syrian capital. This led the United States, France and the United Kingdom to launch missile strikes on Syrian targets.

However, in late September last year, Ian Henderson, former lead investigator from at the OPCW, said the final report of the Fact-Finding Mission (FFM) into allegations that the Syrian government had dropped two gas cylinders in a civilian area of Duma from an aircraft does not reflect what actually happened on the ground. According to Henderson, all evidence suggested that cylinders were placed there manually and, given that the area was not controlled by Damascus at the time, most likely by anti-government rebels.

Henderson faced pressure from the OPCW leadership and was eventually fired, and the final report of the OPCW has no mention of his findings.

Both Syria and Russia have said that the attack was staged by local militants and the White Helmets group - a rebel-linked group that bills itself as a volunteer rescue force and that provided data to the OPCW. The Syrian and Russian governments have accused the group of supporting terrorists and staging provocations involving chemical weapons aimed at justifying potential foreign interventions.

Russian Permanent Representative to the United Nations Vassily Nebenzia has repeatedly accused the OPCW of bias, adding that the Western states are using the chemical weapons case against Syria as an instrument to punish what they consider as "undesirable authorities" in Damascus.