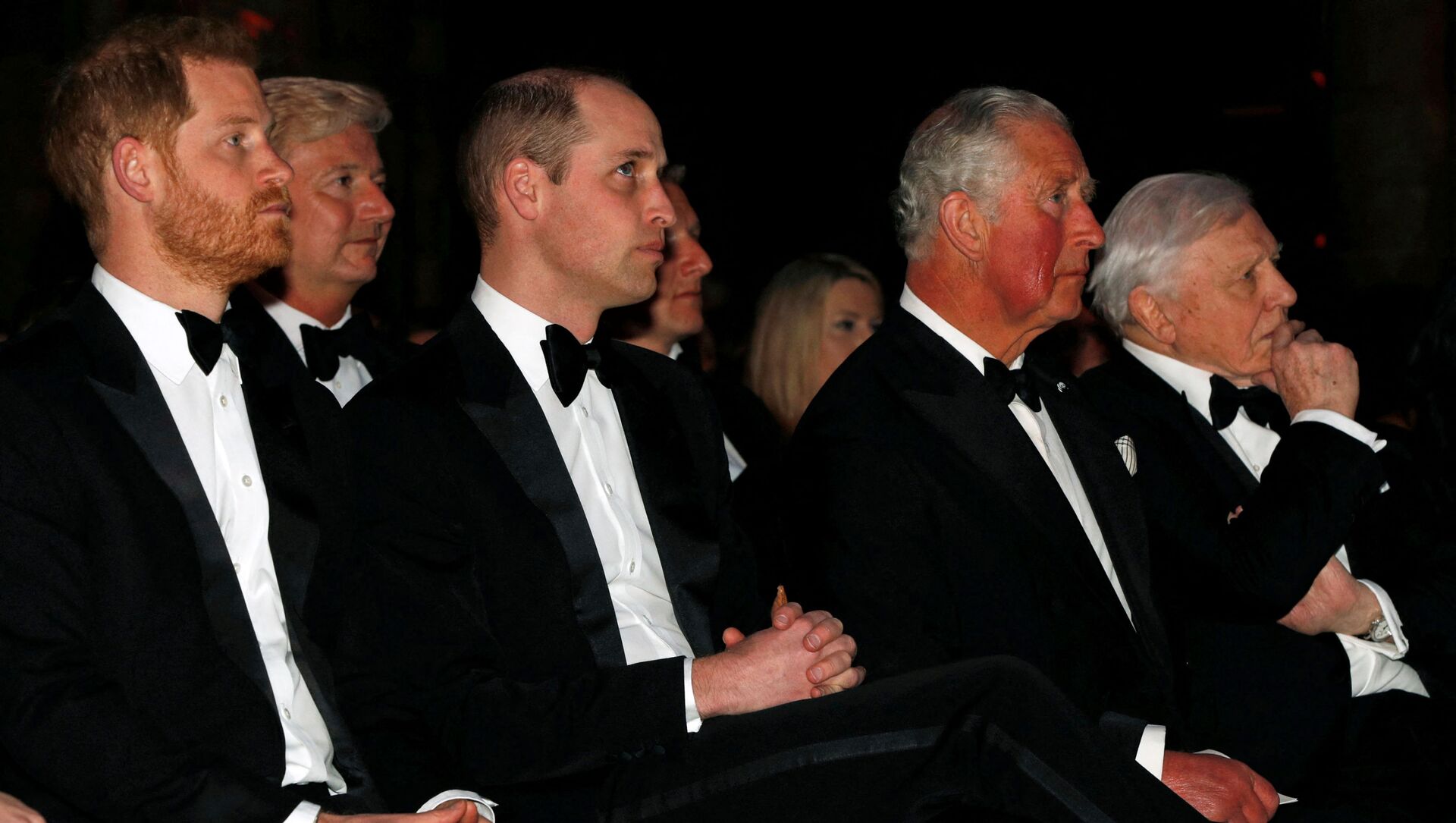 © AFP 2021 / JOHN SIBLEY
Subscribe
Kirill Kurevlev
Correspondent
All materialsWrite to the author
Following Oprah Winfrey's bombshell interview with the Sussexes, Prince William, who had reportedly become estranged with Harry after the couple announced their stepping down as senior members of the family, told reporters last Thusday that he was going to discuss the fallout with his younger brother.

The Duke of Sussex reportedly spoke with his older brother Prince William and their father Prince Charles over the weekend in the aftermath of the Sussexes' explosive interview with Oprah Winfrey.

Oprah's old friend Gayle King, who is also said to have particularly good relations with Meghan Markle, talked about the purported conversation and how it went in an interview with CBS This Morning on Tuesday.

"Well, I’m not trying to break news, but I did actually call them to see how they were feeling and it’s true, Harry has talked to his brother and he has talked to his father too," she said. "The word I was given was that those conversations were not productive."

.@GayleKing checked in with Prince Harry & Meghan this weekend:

"But they are glad that they have at least started a conversation. And I think what is still upsetting to them is the palace keep saying they want to work it out privately, but yet, they believe these false stories are coming out that are very disparaging against Meghan, still," King added.

The 66-year-old Oprah magazine editor-at-large stated that no one from the British royal family has had a conversation with the Duchess of Sussex "at this particular time," as she believes it is "frustrating" for the couple to "see that it’s a racial conversation about the royal family when all they wanted all along was for the royals to intervene and tell the press to stop with the unfair, inaccurate, false stories that definitely have a racial slant."

In an interview with OK! Magazine, the royal editor for Harper's Bazaar, Omid Scobie, shared a belief that Queen Elizabeth II would most likely push for William to continue reaching out to his younger brother.

"She will no doubt be encouraging William to have conversations with his brother," he shared. "I’m sure she would have been disappointed to hear William hadn’t reached out after Meghan shared her mental health struggles, including suicidal thoughts. She would absolutely be the one encouraging that conversation."

The Daily Mail also showed photos of Prince William seemingly looking gloomy while driving in London in the days following the discussion.

During a nearly two-hour interview on March 7, Prince Harry and Meghan Markle made a series of claims about their role as working royals. The Duchess of Sussex said that the royal family was concerned about the skin color of their future children, though she added that neither the Queen nor Prince Philip were involved in the alleged discussion. She also claimed there was a lack of mental health support as the pair faced a "constant barrage" of negative press coverage by the British media.

Half-Sister Claims Meghan Markle's Marriage Will End 'in Divorce', Unless 'Damage' Is Undone
Harry also addressed his relationship with William in the interview, saying that he loved him "to bits," but that they had taken "different paths," and their relationship had broken down. The monarchy has "trapped" William and his father, according to Harry.

Harry claimed that the royal family cut him off financially at the start of 2020, after revealing his plans to step down from his duties. However, he was able to provide security for his family thanks to the money his late mother Princess Diana left behind, the Duke of Sussex said.

On a royal outing with wife Kate Middleton on Thursday, William pushed back against the racism accusations, telling a reporter, "We are very much not a racist family."

000000
Popular comments
The Firm is racist, is authoritarian, but STILL they want the money from....no, I think they will not squeeze the crown this time...