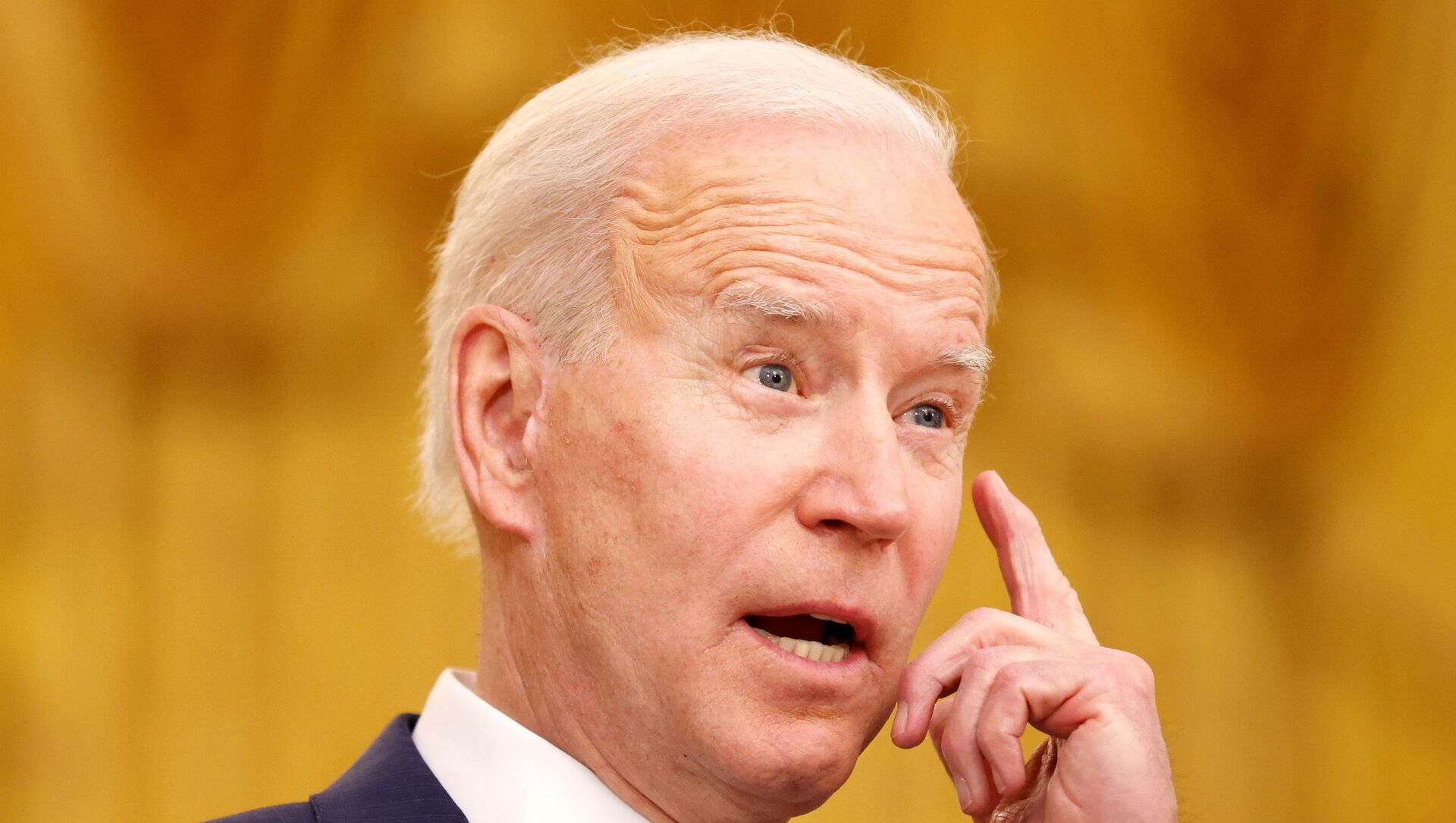 © REUTERS / TOM BRENNER
Subscribe
International
India
Africa
Max Gorbachev
All materialsWrite to the author
Mixing Iraq with Iran, suggesting poor kids "are just as bright and just as talented as white kids" and calling his election rival Donald Trump by the wrong name twice – this is just a drop in the ocean of gaffes the Democrat has made over his career.

A Politico report on Joe Biden's first days in office has raised the eyebrows of social media users. In an article titled "Rage Against the 'Gaffe Machine'" the outlet suggests that the Democrat, who has a well-earned reputation for ending up in quite awkward situations during public events and interviews, has now become "a disciplined" messenger.

"The president so far has surprised some of his former colleagues and allies with a largely gaffe-free White House debut after a lifetime of verbal stumbles", reads the article.

Netizens questioned this assessment, with many noting that the Democrat avoids talking to the press and speaks on script.

Cannot have any gaffes if he doesn't do anything but pre recorded statements!

Not very hard to do if you don’t talk to the press. https://t.co/dQ0LlyiI6E

​Others reminded the outlet about the gaffes Biden has made since he became president.

He was largely gaffe-free except for that one time he forgot:

I agree. Calling the Pentagon chief "the guy who runs that outfit over there." Isn’t a gaffe it’s something way worse.

​Many mocked Politico's "biased” report and joked that the outlet now has a parody account.

Hahahaha! There are some people who actually believe this, not many but it’s crazy that some stragglers exist. Majority of the WORLD know. Hahaha this is a parody account

​Others suggested that the president is being hidden by Democrats in order to avoid embarrassing moments.

No one has really heard from him. They are hiding him from real questions

Ummm, that’s because they won’t let him talk unscripted to anyone.

​Many users contended that Politico itself made a gaffe when speaking about the number of days Biden has been in office, which the article said was two and a half months.

Can you people math? 2 1/2 months from January 20th is the first week in April, not the second week in March.

There were those, however, who defended Joe Biden's performance and emphasised that some of his predecessors had made more embarrassing remarks.

The man said from day 1 he stutters. Presidents too have verbal failures. Hell Bush had the entire nation mispronouncing "nuclear"...DURING A WAR. Get a grip folks. No one ever said Biden couldn't do gov't well.

​Since he took office the Democrat has made several gaffes. He twice mispronounced the name of his Secretary of Health and Human Services and called him by the wrong title. He also couldn't remember the name of the Pentagon chief and struggled to explain the importance of the government's COVID-19 plan.

His opponents have also criticised him for not holding a solo press conference, prompting speculation that Biden is hiding from the press. The White House maintains it isn't shielding the president and notes that he has had 40 informal sessions during which he took questions from reporters, additionally saying POTUS will hold his first solo presser at the end of this month. On 17 March, he will appear on ABC's "Good Morning America", his second sit-down interview since he took office.