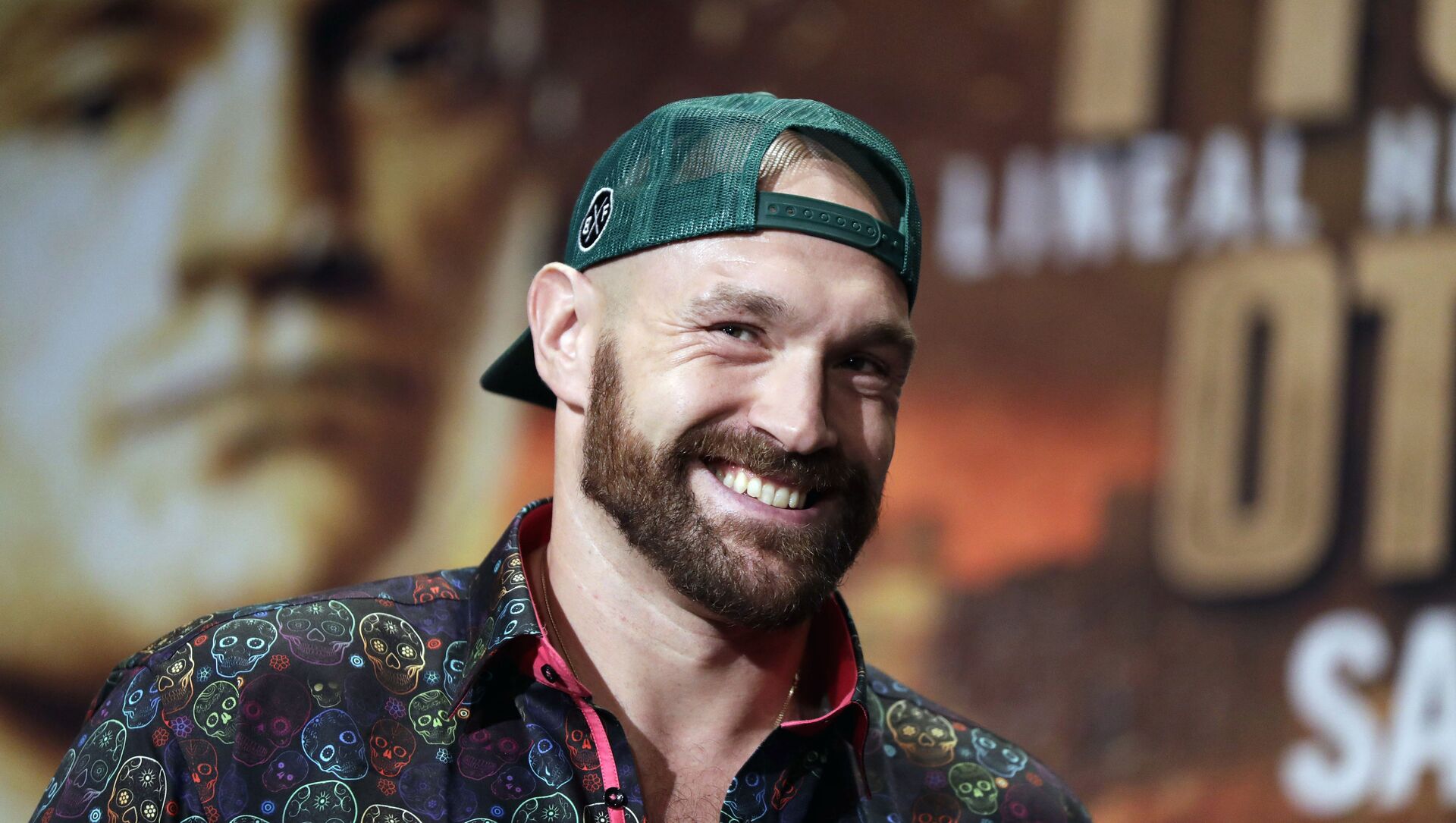 © AP Photo / Isaac Brekken
Subscribe
International
India
Africa
Kirill Kurevlev
Managing Editor
All materialsWrite to the author
Fury (30-0-1, 21 KO) fought Deontay Wilder to a split draw in late 2018, then won three straight fights, including a rematch in February last year. In June 2019, Joshua (25-1, 22 KO) was knocked out by Andy Ruiz Jr., but he bounced back in their rematch before beating Kubrat Pulev last December.

Joshua's promoter, Eddie Hearn, reportedly said that all of the paperwork for two fights has been completed, exchanged, and signed, with the first expected to take place this summer.

"This is the biggest fight in boxing and one of the biggest sporting events in the world," he said. "It will be a major, major win for a country that wants to showcase itself."

He added that the sides would "like to get a site deal confirmed in the next month," with late June or early July being the most likely dates for the first bout.

"I know how hard we've worked these last couple of months and I just feel that this fight is so big it's not a difficult sell. We've already had approaches from eight or nine sites. The offers have come from multiple countries in the Middle East, from Asia, Eastern Europe and America," Hearn continued.

The most tempting offers are currently being made in the Middle East, with Saudi Arabia reportedly leading the charge.

War of the World: Eight Venues Which Might Host Tyson Fury-Anthony Joshua Showdown
According to another report of The Daily Mail, the first fight between Joshua, the WBA, IBF, WBO, and IBO champion, and his rival Fury, the WBC champion, is expected to be worth up to £100 million ($139 million) per man. And each fighter is vying to be the first since Lennox Lewis to hold the undisputed title.

Previously it was reported that the deal stipulates a 50-50 split in the first fight and a 60-40 split in the rematch, with the winner earning the greater share. The rematch is set to take place preferably in November or December.

However, the announcement of the deal comes only days after Fury, 32, expressed his dissatisfaction with the negotiations, reportedly saying that he had stopped training for the Joshua bout and was drinking "up to 12 pints a day." In addition, on his Twitter, Fury posted a selfie with an almost half-empty bottle of whiskey.

The spectacular two-fight contract is expected to surpass Floyd Mayweather vs. Manny Pacquiao as the most lucrative match in boxing history, according to the report.

"One of the fascinations about this fight will be the buildup because they're two totally different characters, two totally different personalities. The mind games will be on another level for this fight. Tyson is very good at that. Anthony is excited by that. ... He's so pumped, so focused, he hasn't stopped training since the [Kubrat] Pulev fight [in December]. He's like a caged lion. The buildup is going to be epic."