Tinder Users Will Soon Be Given Background Checks on Potential Dates 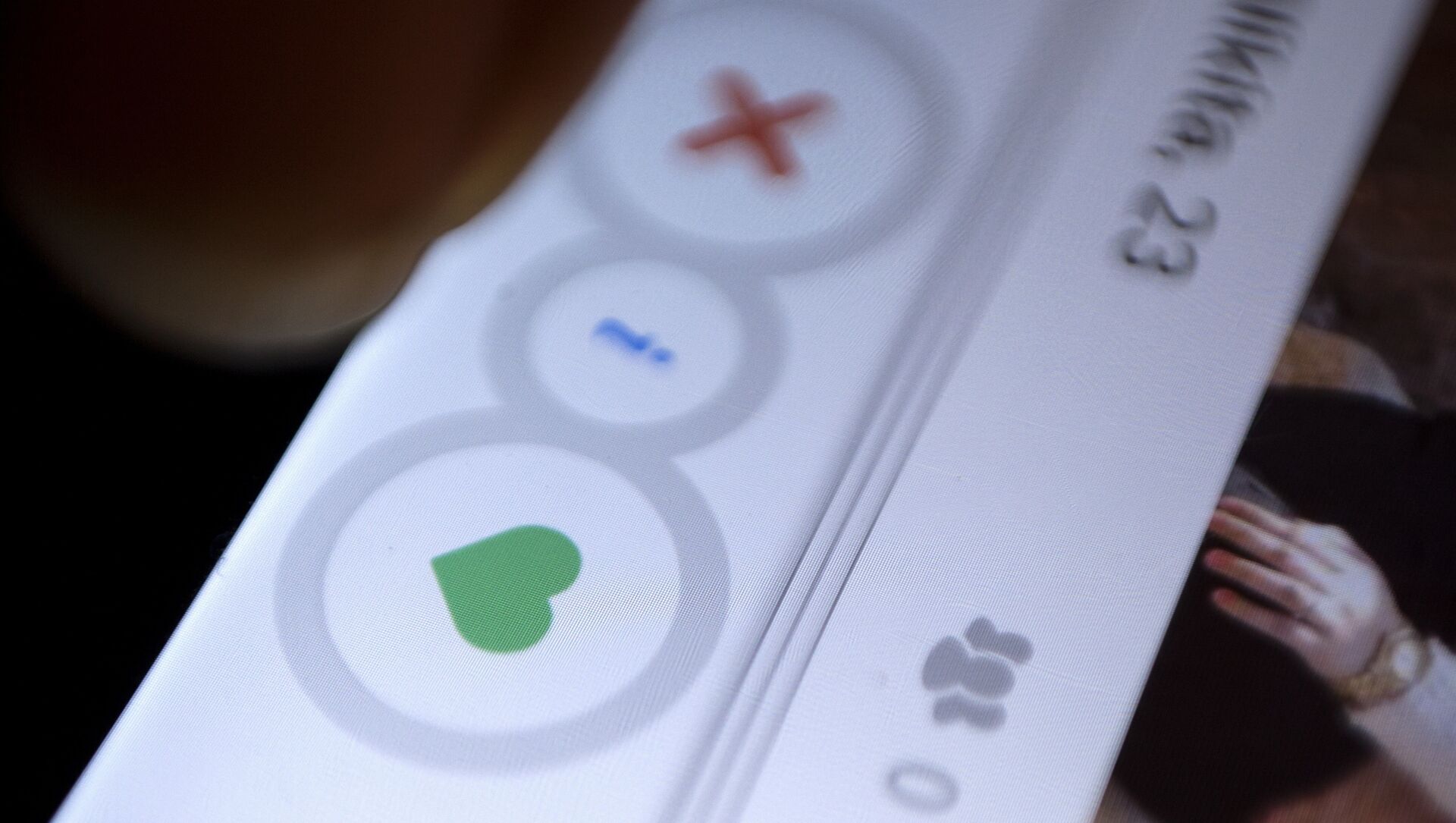 © AP Photo / Tsering Topgyal, File
Subscribe
Gaby Arancibia
All materialsWrite to the author
Garbo is a female-founded, nonprofit tech company that serves as a background check platform that offers users the chance to obtain an individual’s history of violence or abuse. The New York-based company was established in 2018 with the goal of preventing gender-based violence.

Popular online dating application Tinder will soon begin offering its millions of users the opportunity to run background checks on a potential date, as part of a growing effort within the company to curb gender-based violence.

Match Group Partners, which owns Tinder and a slew of dating platforms such as Hinge and OKCupid, announced the new development on Monday and revealed that Tinder users will only need to provide a potential match’s first name, phone number, or their full name in order to run a background check.

Garbo has indicated that it’s background checks are composed of public records and any reports filed that detail violence or abuse, such as arrest reports, convictions and restraining orders, among other documentation.

“This valuable information, which is typically offered by for-profit companies, has historically been difficult to access and cost prohibitive,” reads the Monday announcement. “As a non-profit, Garbo democratizes access to information, allowing people to make more informed safety decisions.”

The new partnership came as Garbo recently announced that it had begun working with racial and gender equality groups to ensure that inequities in the US justice system are taken into account, and would not disproportionately affect individuals of color.

In fact, Garbo revealed last month that it would exclude drug possession charges from its reports. Citing statistics from both the US Justice Department and the NAACP, the company acknowledged that while Black and white Americans use illicit drugs at a similar rate, the imprisonment rate for Black Americans are six times higher than for white Americans.

At the time, Garbo also noted that it would not include traffic violations in its background checks, aside from cases involving DUIs and vehicular manslaughter. “Many studies have shown that race frequently affects a police officer’s decision to stop and ticket a motorist,” the company previously explained.

The background check feature is expected to come at a cost to users; however, it’s presently unclear how much the fee may amount to or how it will be incorporated into the platform.

Teams with both Garbo and Tinder are expected to begin testing and building the function over the next several months. Once the new background check capability is able to fully integrate with Tinder, other companies under the Match Group Partners will follow shortly after.

Tinder and similar online dating apps have long been criticized for serving as a breeding ground for gender-based violent behavior.

A study done by the Pew Research Center found that 37% of users on a dating platform repeatedly received unwanted attention from an individual after being told off, and that 9% of users were also threatened with physical harm. When compared against their male counterparts, women were often the targets of such digital abuse.

Amid backlash, Tinder has attempted to implement new tactics that would help to hinder such acts over the years. In early 2020, Tinder announced that it would begin offering new safety features that included photo verification and even a panic button.