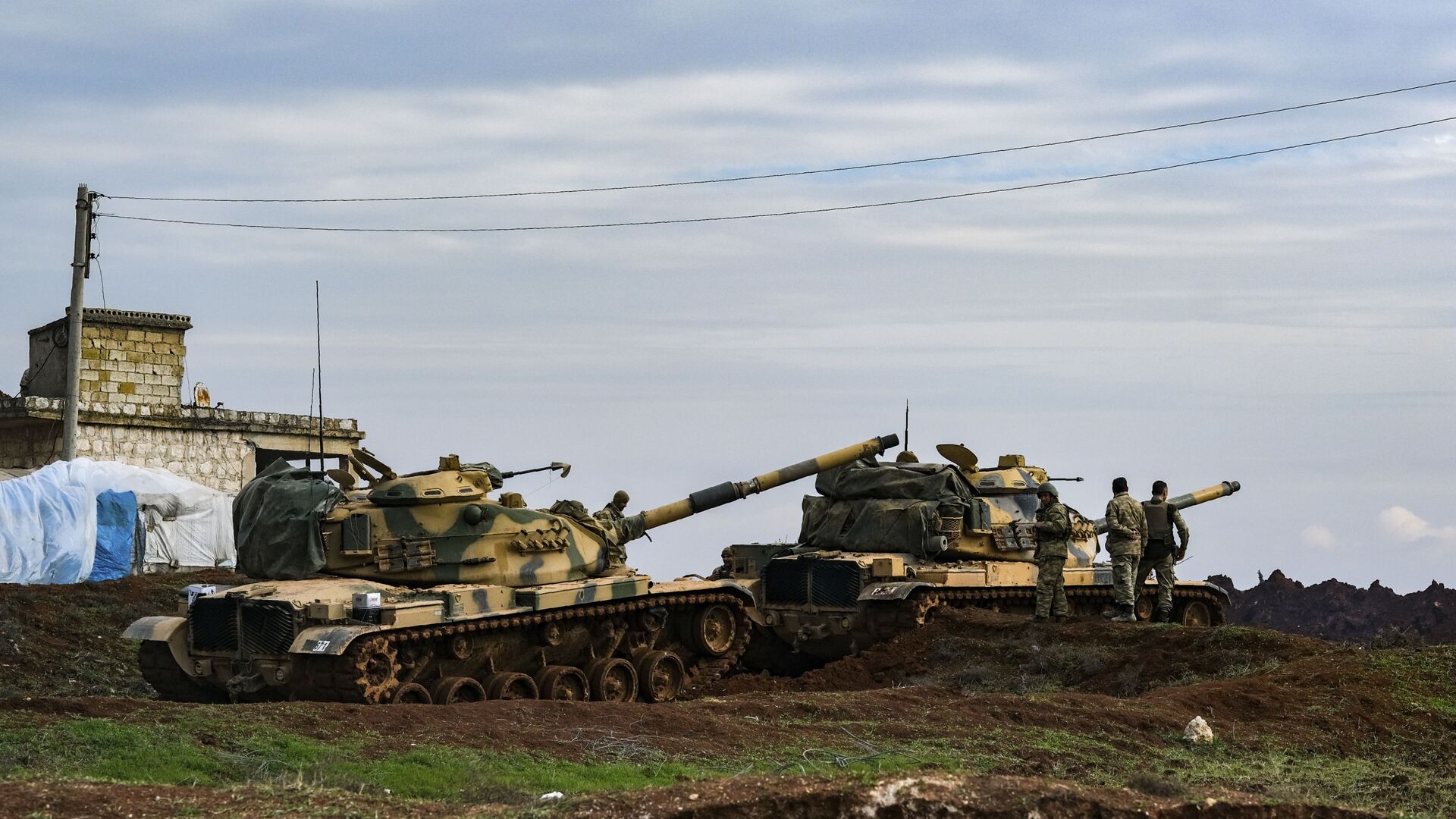 MOSCOW (Sputnik) - Russia is alarmed by the transfer of equipment of the Turkish Armed Forces and the ongoing fortification works in the Syrian province of Raqqa, Rear Adm. Alexander Karpov, the deputy head of the Russian Center for the Reconciliation of Warring Parties in Syria, said at a briefing.

"The Russian side is extremely alarmed by the transfer of military equipment of the Turkish Armed Forces and the construction of fortifications at strong points in the area of ​​the settlement of Ayn Issa, Raqqa province. These actions violate the status quo established by the memorandum of understanding and undermine the efforts of both sides in resolving the Syrian conflict," Karpov said.

Over the past 24 hours no shelling by Turkey-controlled illegal armed formations was registered, he added.

Militants in Syria Plan Staged Chemical Attack in Idlib Province, Russian Military Says
"Thirty shelling attacks from the positions of the Jabhat al-Nusra terrorist group were registered in the Idlib de-escalation zone... in the provinces of Idlib (16 attacks), Latakia (11), Aleppo (2) and Hama (1)," he said, adding that the number of attacks according to the Syrian side's data totaled 26.

He also said Russian military police continued to escort civilian vehicles on the M4 highway between the Raqqa and al-Hasakah provinces.

Russia, Turkey, and Iran are currently the ceasefire guarantors in war-torn Syria, where a civil conflict broke out in 2011, with numerous armed opposition factions and terrorist groups fighting the government of President Bashar Assad.

Turkey unilaterally deployed troops to northern Syria in October 2019 in a military operation seeking to clear the borderline areas of the Kurdish militia, whom Ankara designated to be a terrorist organization.

Russia deployed troops to Syria at the request of the Syrian government in 2015 to assist it in fighting the terrorists.