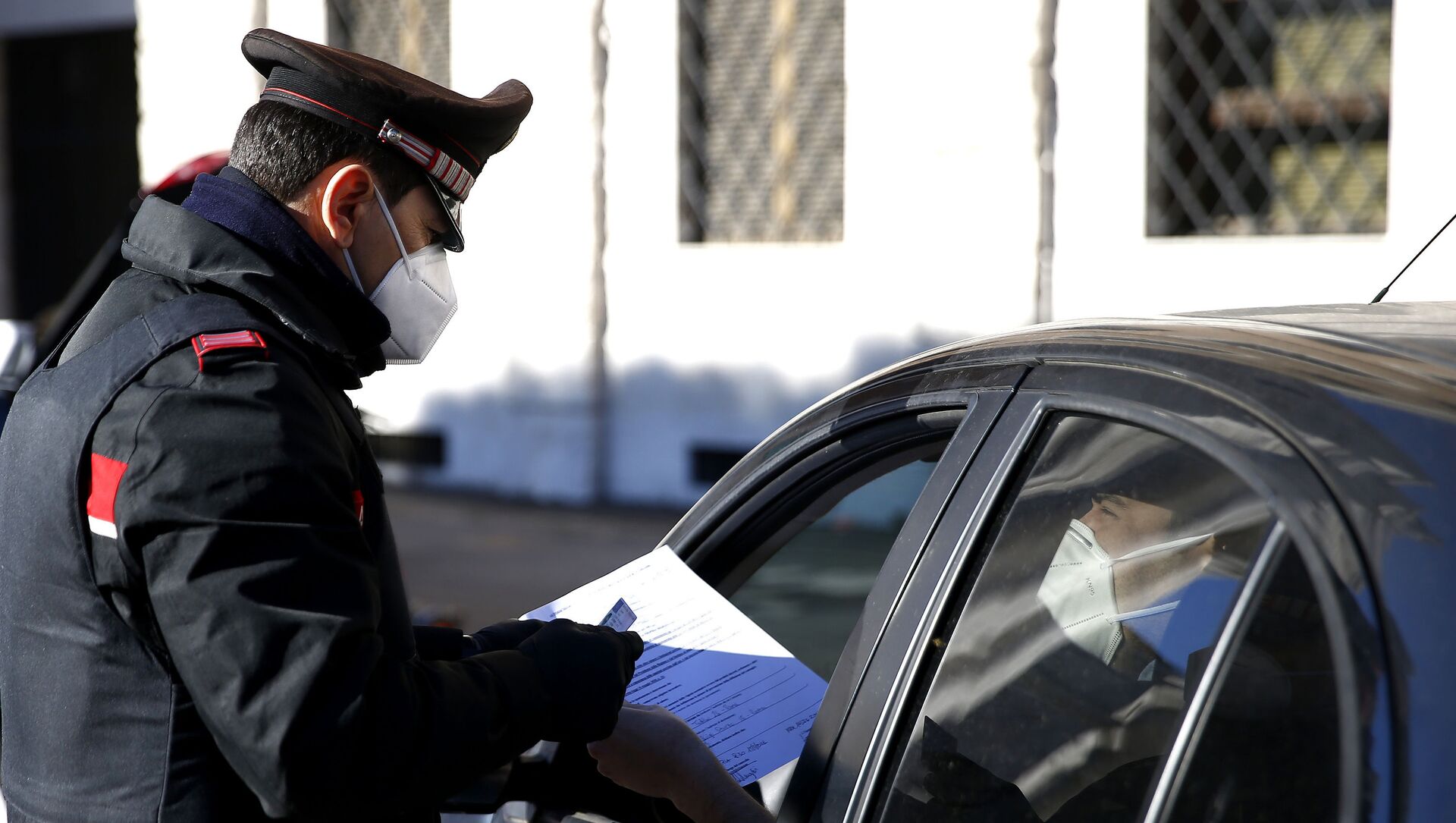 Kirill Kurevlev
Correspondent
All materialsWrite to the author
A number of EU countries have already temporarily suspended inoculations with the AstraZeneca vaccine, which has been approved by the European Medicines Agency (EMA) for use in the bloc.

Prosecutors in Italy have launched a manslaughter probe into the death of a 57-year-old music teacher, Sandro Tognatti, who died on Sunday a day after obtaining AstraZeneca's coronavirus vaccine, the Daily Mail reported on Monday.

A preliminary investigation was launched in northern Italy's Biella judiciary, and the teacher's cause of death remains unknown. They emphasized that there is no connection to AstraZeneca's vaccine at this time, and that an investigation is being conducted to see whether someone has a case to answer.

It comes after one health worker died and three others became ill as a result of clots after receiving the vaccine, despite the fact that the EMA, the World Health Organisation, and AstraZeneca all say the vaccine is safe.

Meanwhile, Italy has also suspended the use of all AstraZeneca vaccines due to concerns that they cause blood clots, with France and Germany following suit and stating that they are awaiting guidance from European regulators.

It came as earlier in the day Italy reintroduced lockdown measures, with 13 of the country's 21 regions now in a "red zone," which means schools, restaurants, stores, and museums must close, and people are prohibited from leaving their homes except for work, health, or other important reasons.

Seven more regions have been designated as "orange zones," with shops and beauticians permitted to remain open except during a night-time curfew, while all other businesses must close and citizens' movement outside the local area is limited. Only Sardinia is in a "white zone" that is not under lockdown.

On Monday evening, the EMA insisted that immunization with the AstraZeneca vaccine must continue. The EMA said earlier that there was no need to stop using the vaccine because "the benefits outweigh the risks of side effects," but the agency's review is still ongoing, with a new study expected to be released on Thursday.

Ireland, the Netherlands, Denmark, Norway, Iceland, and Bulgaria have all suspended vaccinations with the AstraZeneca jab. One batch of vaccines believed to be connected to clots has been seized by Austria, Latvia, Lithuania, and Estonia.

AstraZeneca said on Sunday that it had found no evidence of increased risk of blood clots from its COVID-19 vaccine after conducting a careful review of safety data of over 17 million inoculated people across the EU and the UK.

EU countries and drugmaker AstraZeneca have been in dispute over the vaccine for quite some time now, with the ministers enforcing export bans on the company's vaccines.

The decision by some European countries to suspend the use of the vaccines comes as a third wave of the novel coronavirus sweeps the continent, forcing leaders to reimpose lockdowns as vast swaths of the population remain unprotected. Cases of COVID-19 are also on the rise in European countries such as Spain, the Czech Republic, Hungary, Poland, the Netherlands, and Sweden.

Due to the ongoing vaccine supply crisis in the EU, some member states have lost trust in Brussels and decided to make early orders separately. Thus, Hungary turned to Russia and China in a bid to ensure a sufficient number of vaccine doses. As a result, the country has the best results in the EU in terms of vaccinated people, far ahead of all the heavyweight EU countries.