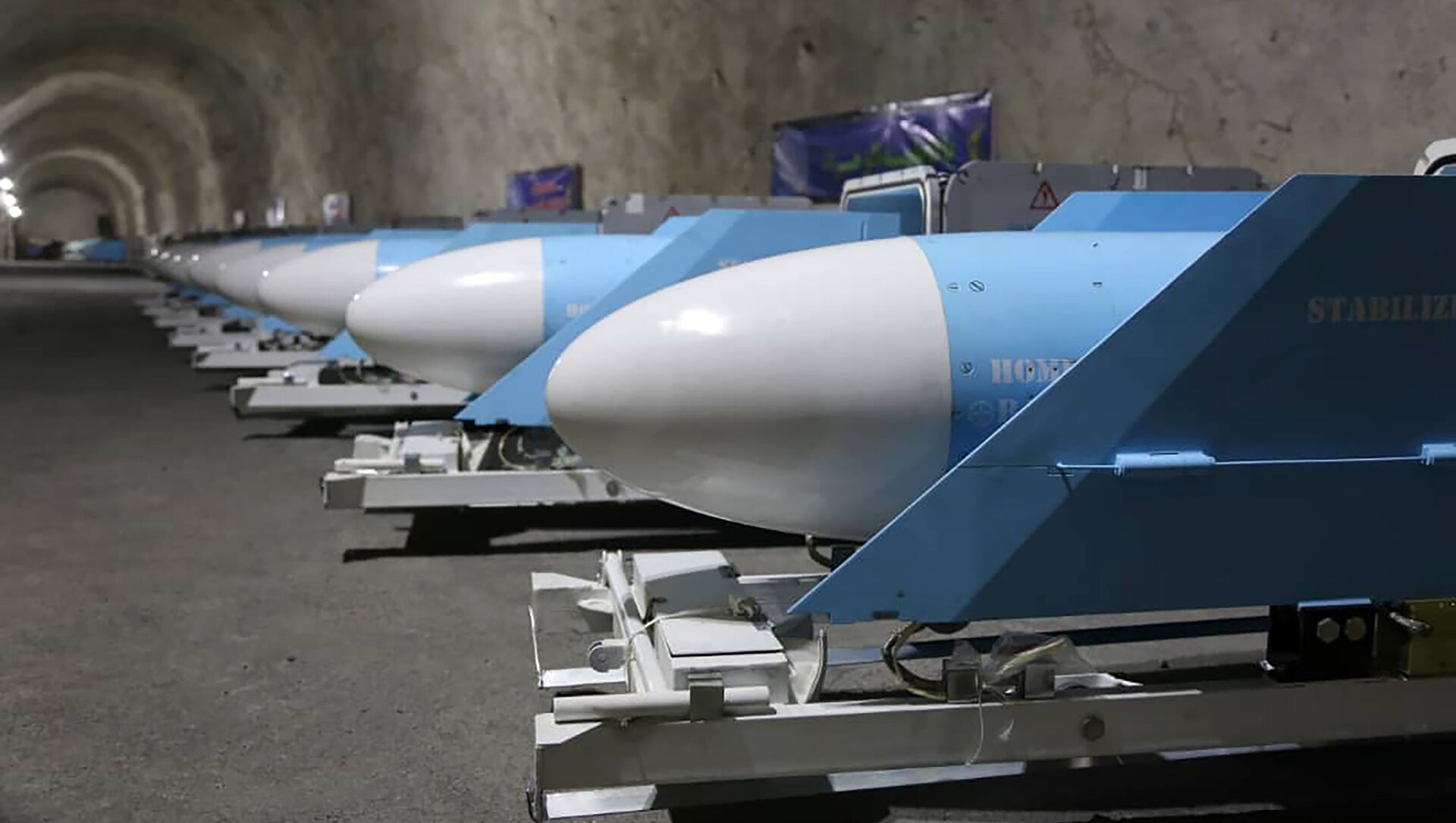 Tim Korso
All materialsWrite to the author
The country's military did not disclose the location of the latest addition to the numerous sites, where Iran keeps its impressive arsenal of missiles and launchers.

The Islamic Revolutionary Guard Corps Navy (IRCG) has released a video showing its newest "missile city" – a compound equipped with numerous systems for launching cruise and ballistic missiles of different ranges. The new military installation was officially opened during a ceremony attended by high-ranking IRCG commanders and officers.

This "missile city" is mainly an underground facility, with the IRCG building several silos to house ballistic missiles. The compound has its own missile stockpile that is also located underground, according to the video.

The missile facility is also protected against electronic warfare attacks, the Iranian military claimed. All of the "city's" equipment has been produced and developed in Iran.

It is unclear if the new base features the recently revealed automated rapid transport and launch system that Iran developed domestically. The launcher, which can host up to four long-range ballistic missiles, was spotted in several of Iran's "missile city" compounds as Tehran showed off some of them.

Iran Offers Glimpse of Rail-Based Multiple Launch System for Use at its ‘Underground Missile Cities’
Tehran has been actively developing and upgrading its defence industry in the last few decades due to the country being banned from buying armaments abroad by UN sanctions. The country has started manufacturing not only small firearms, but also its own warships, missiles, launchers, fighter jets, and drones. The UN ban was lifted last year despite strong opposition from the US, with Iran considering a return to the global defence market not only as a buyer, but also as a seller of domestically-produced weapons and military equipment.
Newsfeed
0
Access to the chat has been blocked for violating the rules . You will be able to participate again through:∞. If you do not agree with the blocking, please use the feedback form
The discussion is closed. You can participate in the discussion within 24 hours after the publication of the article.
To participate in the discussion
log in or register
loader
Chats
Заголовок открываемого материала