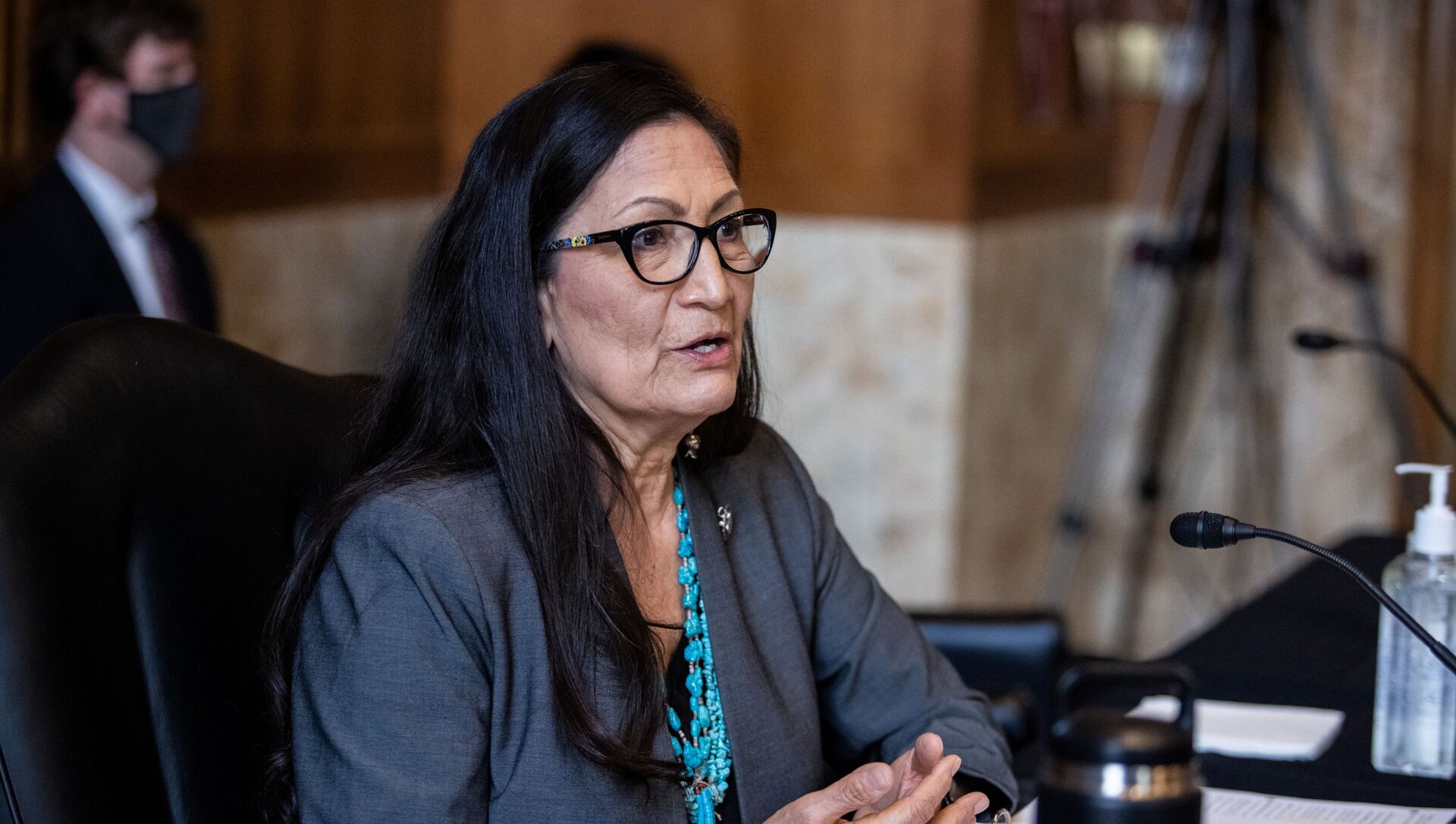 Morgan Artyukhina
All materialsWrite to the author
While Hasanoanda, a Tonawanda Seneca man, was the first Native American to be appointed Commissioner of Indian Affairs in 1869, a Native person has never overseen the United States’ entire system of federal land management and Native American affairs before.

On Monday, the US Senate voted 51-40 to confirm Rep. Deb Haaland (D-NM) as Secretary of the Interior. A member of the Laguna Pueblo tribe, Haaland will become the first Native American to lead the cabinet agency that administers federal government programs for Native Americans, such as the Bureau of Indian Affairs.

Most Republicans voted against Haaland’s nomination, taking umbrage with her positions on fossil fuel extraction on public lands, but four Republicans joined the Democrats in confirming her: Lindsey Graham (R-SC), Susan Collins (R-ME), and Dan Sullivan and Lisa Murkowski, both of whom represent Alaska.

"The historic nature of my confirmation is not lost on me, but I will say, it is not about me. Rather, I hope this nomination would be an inspiration for Americans -- moving forward together as one nation and creating opportunities for all of us,” Haaland said in prepared comments for her nomination hearing.

As interior secretary, Haaland will oversee management and conservation of 507 million acres of federal lands, including the nation’s 410 national parks and 544 wildlife refuges, as well as historic preservation programs. The department also includes the Bureau of Indian Affairs and the Office of Special Trustee, which together oversee the federal government’s relationship with 567 different federally recognized tribes, as well as the reservation system.

During her confirmation, she was extensively questioned on her approach to resource management, particularly the slew of extraction projects on federal land enabled by the prior administration of US President Donald Trump, which ended in January. The Center for American Progress estimated in May 2020 that the Trump administration had attempted or succeeded at removing protections for more than 35 million acres of public land.

This has included auctioning off public lands to extraction industries, or agreeing to allow them to begin operations on federal land, among other moves. Oftentimes those lands are protected Native sites, such as the Bears Ears National Monument in Utah, which hold a sacred significance to a number of regional tribes, and which Trump reduced by 85% in 2017 in order to open the land to oil and gas drilling.

Still, during her hearing, Haaland took a diplomatic approach to the issue, telling lawmakers "There's no question that fossil energy does and will continue to play a major role in America for years to come” while noting that “our climate challenge must be addressed.”

“The [Interior] Department has a role in harnessing the clean energy potential of our public lands to create jobs and new economic opportunities."

When asked directly about banning oil fracking or the construction of new gas and oil pipelines, Haaland simply noted that Biden does not support a ban and that her job would be to “move forward” with his agenda.