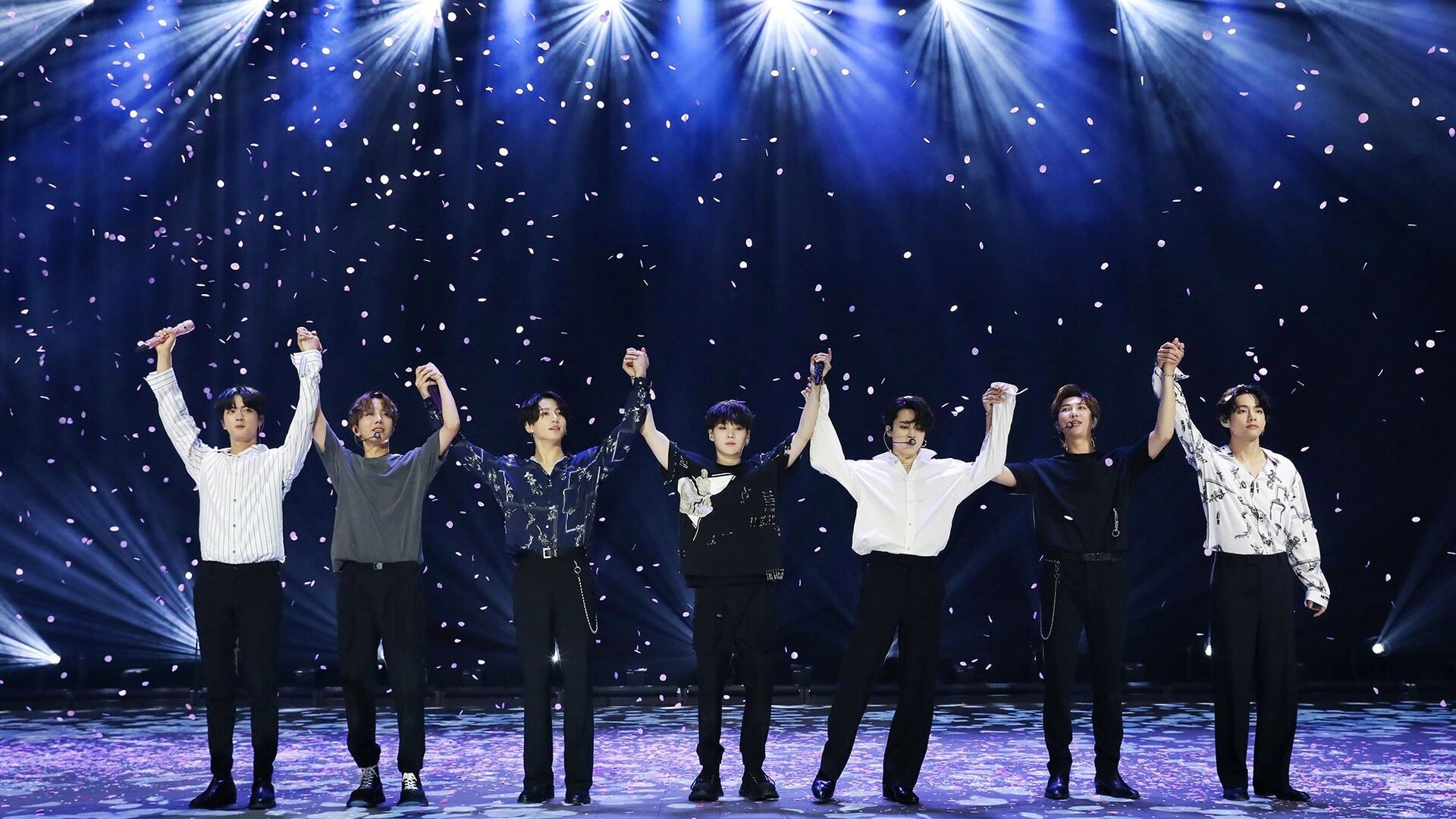 © Photo : 방탄소년단/ Facebook
Subscribe
International
India
Africa
Valeria Iakovleva
All materialsWrite to the author
BTS, also known as the Bangtan Boys, is a seven-member South Korean boy band that became a global sensation after releasing their first album in 2013, and recently the extremely popular K-Pop band scored their first major Grammy nomination in the best pop duo/group performance category for their song "Dynamite."

The first BTS single to be performed entirely in English, "Dynamite", received a Grammy nomination for Best Pop/Duo Group Performance at the 63rd Annual Grammy Awards which, had they won, would have made them the first K-Pop act to win one of the coveted music industry accolades. However, this Sunday the band did not take home the desired award, as the prize went instead to two pop-queens for Lady Gaga and Ariana Grande's "Rain on Me."

The BTS Army, fans of the South Korean megastars, were reportedly furious over the 2021 Grammy loss, getting #scammys and #BTSOurGreatestPrize trending on twitter.

Rain on me? Really? I’d rather drown. Anyway get Dynamite to 1B!! #scammys pic.twitter.com/uhcgjb5O0q

the selection isn't even holistic, like the committee doesn't even consider what dynamite means in terms of BTS's career vs rain on me for gaga's like that right there should've been your answer

As usual they want to increase the number of years they can use bts's validity to boost their own viewership. I don’t care about the #scammys but I hate that the boys feel like their worth is measured by their acknowledgment.

​Some twitter users were more optimistic about the K-pop band's loss, hoping for a future victory.

Last year guest, this year nominated, next year we will win it 😁🥳🕺💜#LightItUpBTS @BTS_twt #BTSOurGreatestPrize pic.twitter.com/d6Meuy34Db

Who said BTS lost grammys? It's grammys who lost BTS.

The seven-member group's No. 1 single “Dynamite” is an upbeat track which topped the Hot 100 and epitomized last year’s disco revival. It also marked the first BTS single to be performed entirely in English.