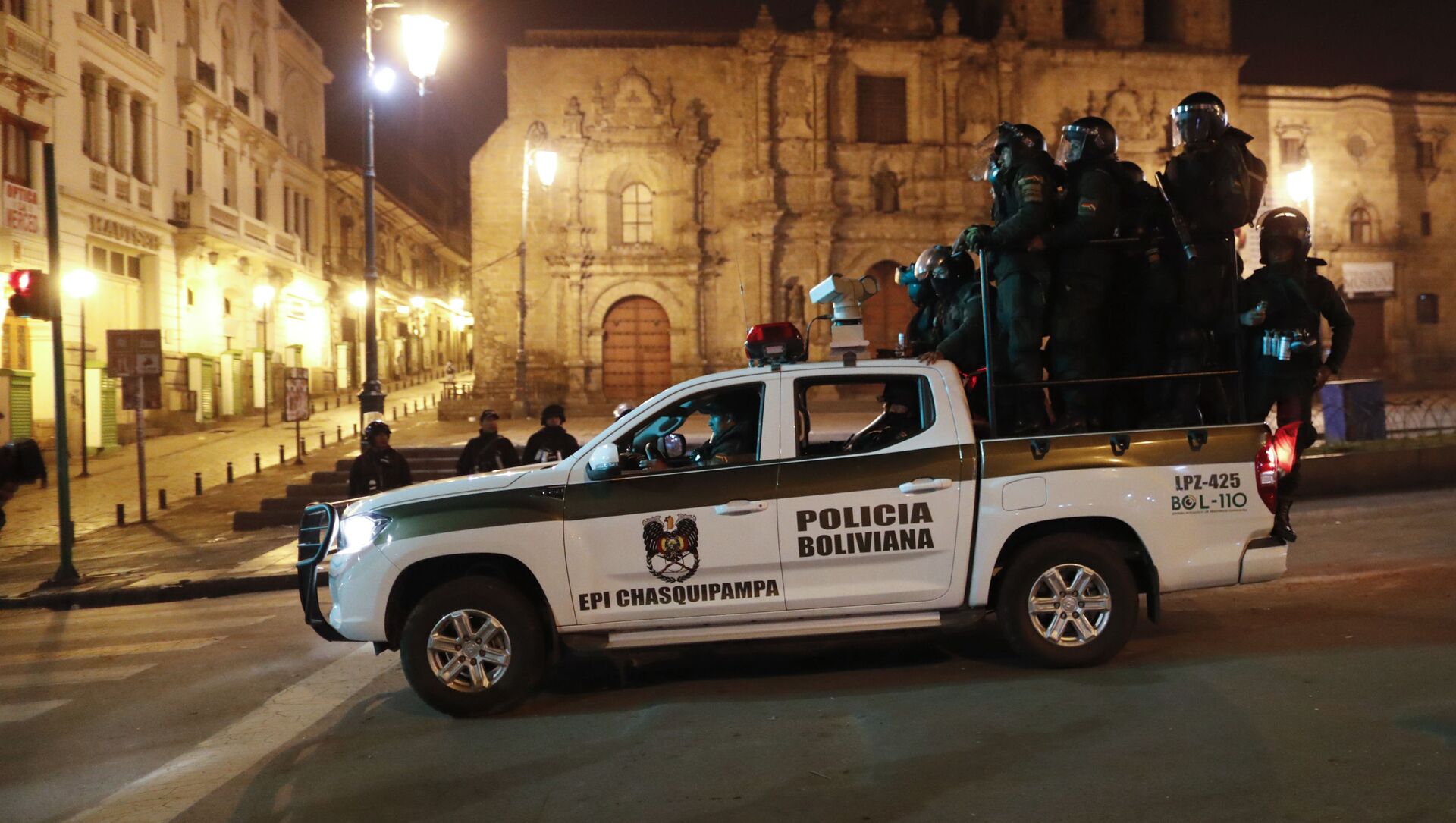 © AP Photo / Natacha Pisarenko
Subscribe
International
India
Africa
Daria Bedenko
All materialsWrite to the author
Earlier on Saturday, the Bolivian ex-president, Jeanine Anez, who took power in November 2019, was arrested after police reportedly found her hiding in a "box" under the bed.

A Bolivian judge has ordered four months of preventive custody for the former president, Jeanine Anez, on Sunday, after she was arrested for what was described by Evo Morales, the country's previous president, as "abuse and political persecution".

Anez confirmed the judge's order in her Twitter account, tweeting that she is awaiting trial for a "coup that never happened."

"In a move we denounced, the MAS decides and the judicial system obeys: they send me to four months in detention to await the trial for a "coup" that never happened", Anez tweeted. "From here I call on Bolivia to have faith and hope. One day, together, we will build a better Bolivia."

​Anez was arrested as part of an investigation into the 2019 events in Bolivia that saw the former president, Evo Morales, forced to resign, after facing mass demonstrations over allegations of election fraud. The prosecution now considers the events of autumn 2019 a coup.