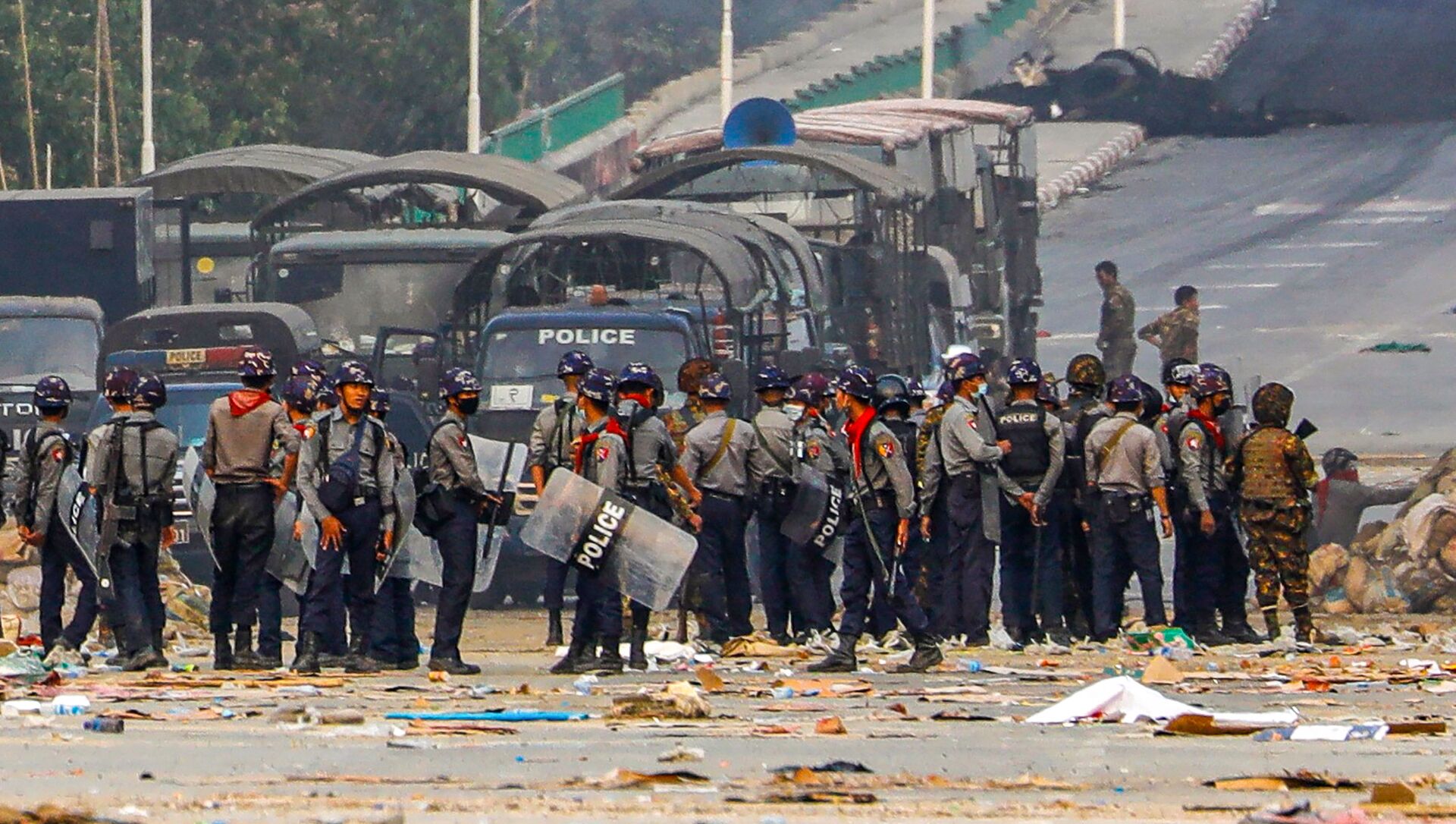 Finian Cunningham
All materials
The three Western powers on the United Nations Security Council have been highlighting concern for human rights violations in Myanmar. But their “concern” seems to have cynical motivation to make problems for China.

Last week the Security Council issued a statement condemning violence against civilians by the military regime in Myanmar. The Asian country has been thrown into turmoil since the military seized power by ousting a civilian government on 1 February.

More than 60 civilians have been killed from soldiers firing on unarmed protesters who are calling for the return of the elected government. At least 1,500 people have been detained including political leaders.

Britain, the former colonial ruler of Burma (now Myanmar), as well as the United States and France, have been demanding that the Security Council condemn the military takeover and subsequent violence against civilians. Last week, the Western powers succeeded in getting China to sign on to a joint statement of condemnation.

Previously, China was rebuked by Western powers for siding with Myanmar’s military after Beijing was accused of giving political cover to its power-grab.

China has invested billions of dollars in making Myanmar a key node in its Belt and Road Initiative for global trade. The country provides transit for two Chinese-built pipelines which transport natural gas and oil over 800 kilometres from the Indian Ocean into mainland China. There are also ambitious projects underway for rail transport and deep-water sea ports.

Beijing had good relations with the civilian government in Myanmar which became established in 2011 when the military junta handed over power and permitted elections. Many of its ambitious projects were negotiated with the elected politicians. It’s fair to say that China is not happy about the military’s sacking of the government. The insecurity in the country is potentially jeopardizing billions of dollars-worth of investments and crucial infrastructure for China’s energy supply and international trade.

That’s why the Western powers are relishing the invidious position China is in over Myanmar.

Beijing’s reticence in joining earlier condemnations was highlighted by Britain and the United States. That bad publicity served to mobilise protesters in Myanmar to target China with their anger. According to Reuters reporting, there are threats being made of sabotage against China’s energy pipelines and other business interests.

No doubt this is how China was pressured into issuing a joint statement of condemnation by the UN Security Council. Britain’s ambassador to the UN Barbara Woodward has said there will be more hard-hitting statements drafted in the future which China (and Russia) will be expected to support.

UN Investigator Calls for Sanctions Against Myanmar's State Oil and Gas Enterprise
This is the cynical politics of condemnation. Western powers sense they have China over a barrel with Myanmar due to its strategic economic interests. If China doesn’t condemn then the anger of Myanmar protesters can be directed at ripping up infrastructure. If China does condemn, then it is being put into sour relations with Myanmar’s military rulers. The Western powers appear to be ratcheting up the vice-like position.

The Biden administration has made it abundantly clear that it is ramping up the geopolitical rivalry with China even more than the previous Trump administration. Washington wants to clamp down on China’s rise as a global power. By targeting Myanmar, the United States and its Western allies calculate that they can damage a key node in China’s new Silk Routes for its lucrative global trade and economic expansion.

Britain, which fought three colonial wars in what was Burma and ruthlessly exploited the Asian nation for decades, is the least qualified party to be “concerned” about democracy and human rights in Myanmar.

If the Western powers had any genuine, principled concern, then why aren’t they making statements of condemnation over much more disturbing violations elsewhere in the world?

The utter duplicity of the Western powers shows that their “concern” about Myanmar is a cynical political weapon which they are trying to use against China.