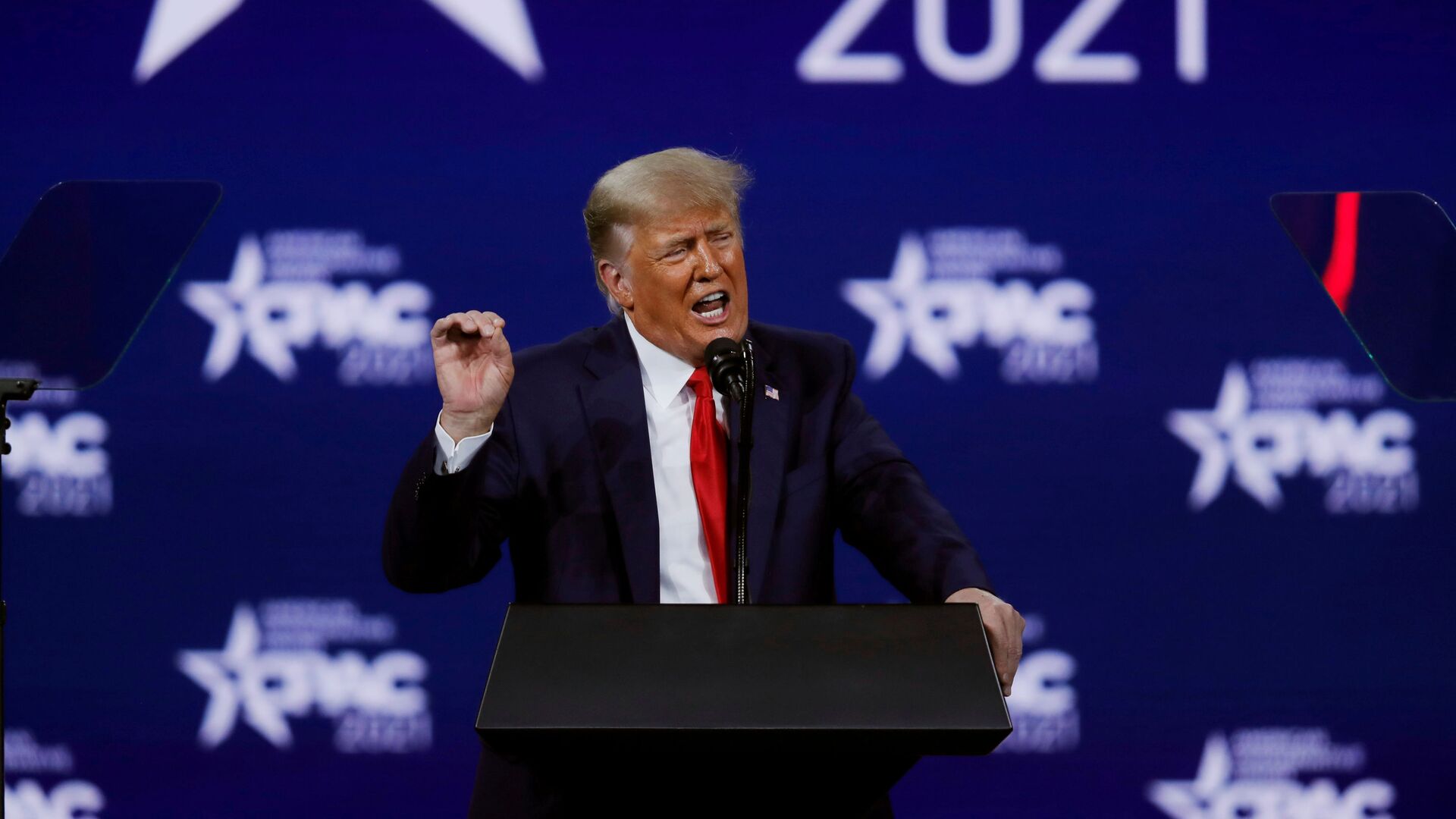 Daria Bedenko
All materialsWrite to the author
The former US president, Donald Trump, has been permanently banned from Twitter after being accused of incitement of insurrection for the deadly 6 January Capitol attacks that saw five people killed, including a Capitol police officer.

Donald Trump's niece Mary, who earlier rolled out a tell-all book about the former president, suggested that Trump was more disappointed about being ousted from Twitter and his golf course being scrapped of hosting 2022 PGA championship than about his impeachment.

"I think that being banned from Twitter and having the PGA take their tournament away from his golf courses are probably the worst things that have happened to him in the last four years," she said in an interview with Business Insider. 'How is he managing without Twitter? Because even he must realize that people really aren't paying attention to him in the same way."

Mary alleged that without the support of the Republican party, Trump's mental state will become different.

"Clearly, this stuff with the Republican party is helping him because imagine if he didn't have that. If he had become as irrelevant as every other person who loses an election becomes, then I think his mental state would be much different", she told the outlet.

Earlier in January, similar remarks were made by a New York Times correspondent, Maggie Haberman, who claimed that the PGA decision triggered a reaction of a "different magnitude" for Trump than his unprecedented second impeachment.

He’s angry about impeachment, people who have spoken to him say. But the reaction to the PGA decision was different order of magnitude.

​Trump's Twitter account was permanently banned after he was accused of inciting the deadly 6 January insurrection in the US Capitol. The former president has consistently insisted that he never wanted "violence on US streets." According to a Politico report, Trump went "ballistic" when he discovered that he was banned from his favourite social media platform.

While he was being impeached for inciting the insurrection, he also lost the privilege of hosting a 2022 PGA golf tournament at Bedminster. The PGA said that any further collaboration with Trump "would put at risk the P.G.A.’s ability to deliver our many programs, and sustain the longevity of our mission" - a decision that the Trump Organisation quickly denounced, asserting that PGA had no right to withdraw Trump from the agreement.