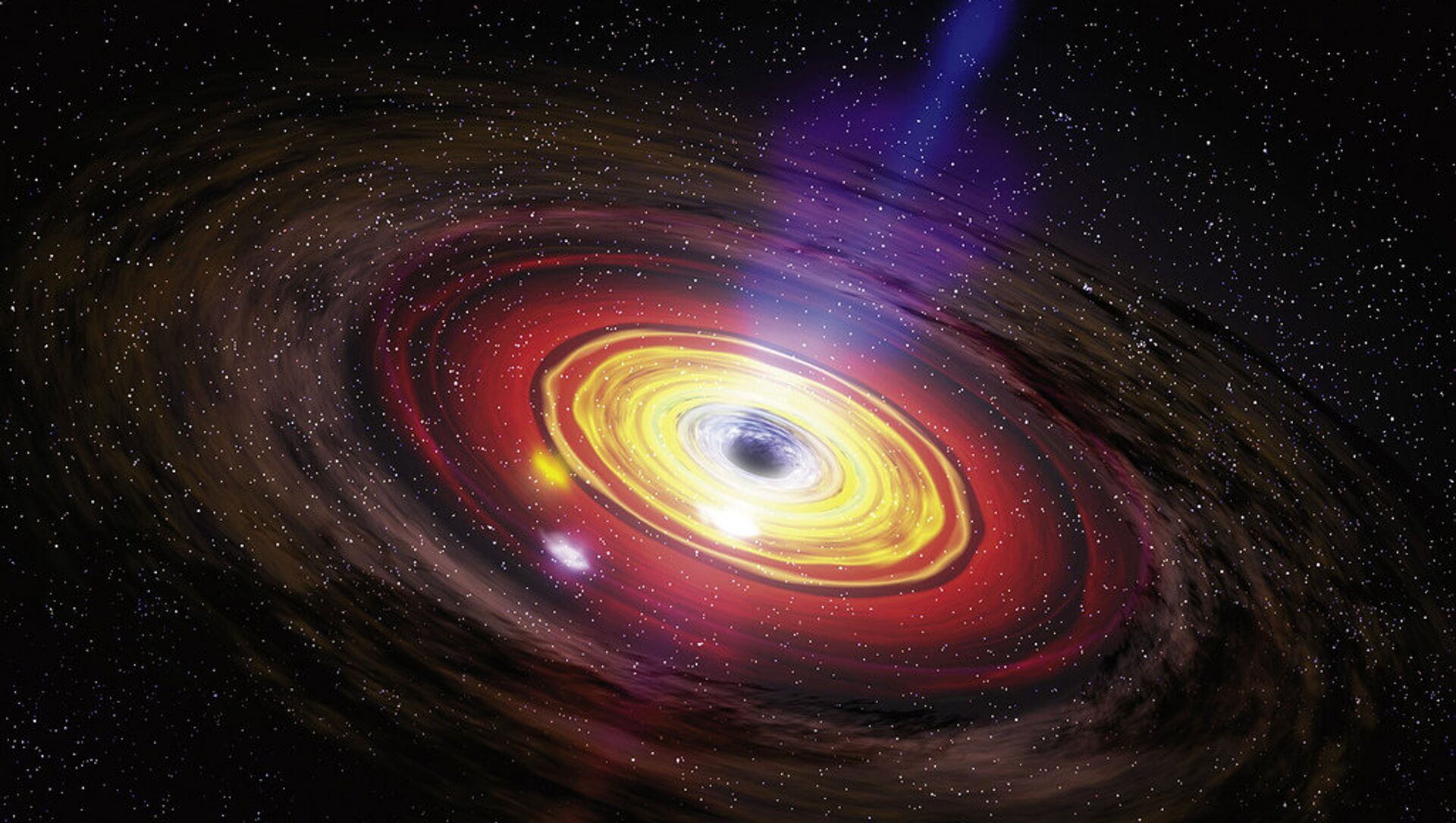 Daria Bedenko
All materialsWrite to the author
While it is still unclear to researchers how supermassive black holes form, there are many diverse theories on their origin, with the latest suggesting that they could have been created by explosions of massive stars in the early universe.

Supermassive black holes could be formed from dark matter, a new study conducted by an international team and published in Monthly Notices of the Royal Astronomical Society suggests.

The study examined the possibility of the existence of so-called 'stable galactic cores' made of dark matter and surrounded by a halo of the same material. The centers of these hyperdense structures could be so concentrated, scientists suggest, that they could collapse into supermassive black holes.

"This new formation scenario may offer a natural explanation for how supermassive black holes formed in the early universe, without requiring prior star formation or needing to invoke seed black holes with unrealistic accretion rates", said Carlos R. Argüelles, a researcher at Universidad Nacional de La Plata and ICRANet, who led the investigation.

The model created by the international team also revealed that smaller halos could turn into small dwarf galaxies with a central nucleus of dark matter.

"Here we've proven for the first time that such core-halo dark matter distributions can indeed form in a cosmological framework, and remain stable for the lifetime of the Universe", he noted.

Since the origins of the supermassive black holes remain undiscovered, researchers struggle to find out how such holes, with their masses reaching up to ten billion times that of the Sun, actually form.

The team behind the new study expressed hope that their findings might help to know more about supermassive black holes and whether the centres of non-active galaxies - the Milky Way included - may play host to these dark matter cores.