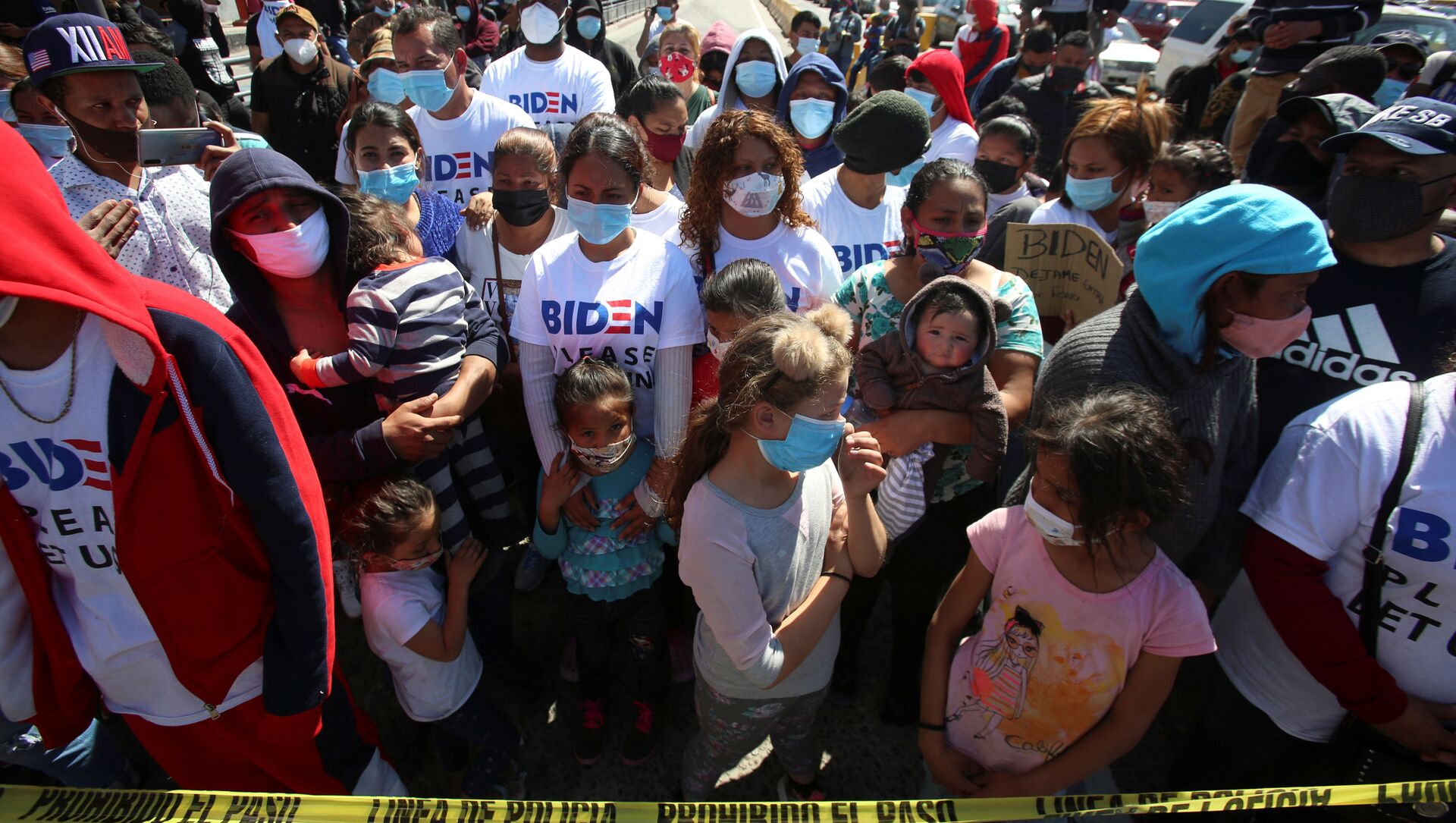 © REUTERS / JORGE DUENES
Subscribe
Svetlana Ekimenko
All materialsWrite to the author
In response to a Justice Department request, the Supreme Court dismissed a case on 9 March concerning a Trump-era rule rendering it more difficult for immigrants to obtain legal status if they rely on certain public benefits, as part of President Joe Biden’s promised shift away from the tougher immigration policies of his predecessor.

Eleven US states have joined forces in an attempt to intervene in a lawsuit to challenge a decision by the administration of President Joe Biden to overturn an immigration policy set in place by predecessor Donald Trump, reported Fox News.

We're leading a coalition of 11 states in upholding the Public Charge Rule after the Biden Administration abandoned the defense of a law that helps ensure scarce government assistance programs are not stretched even further.

​Issued in 2019 and in effect in most states nationwide, Trump’s move had radically expanded the list of programmes to consider when determining if a person is likely to become a “public charge,” accordingly restricting immigrants perceived as reliant on welfare from receiving green cards.

Changes made by Donald Trump to the policy had been slammed by critics as discriminatory, with a legal battle launched against the move in the Supreme Court.

However, the Biden administration announced recently it would stop defending the rule, stating it was "neither in the public interest nor an efficient use of limited government resources”.

Filed this week by 11 states, led by Arizona, the motion to intervene in the lawsuit would allow the states to petition the Supreme Court to have the case fully heard.

"It is unconscionable to overwhelm our infrastructure and immigration personnel when we are dealing with the health and economic devastation of the pandemic. While regardless of one's position on immigration reform, this reckless violation of federal law is only creating another national crisis and putting additional strains on our state and hardworking Arizona taxpayers," Arizona Attorney Mark General Brnovich said in a statement.

As the states argue for upholding the rule, they claim that its implementation would alleviate the burden on welfare and government assistance.

The term “public charge” was originally introduced in the Immigration Act of 1882, with the administrative definition of "public charge" subject to major changes in 1999 and 2019.

Since guidance dated 1999, officials have considered whether an immigrant has cashed in on certain government benefits, such as pecuniary assistance in the form of Supplemental Security Income and Temporary Assistance for Needy Families (TANF) or government-funded long-term institutional care, as a potential ‘ground of inadmissibility’.

Grounds of inadmissibility are reasons that a person could be denied a green card, visa, or admission into the country. 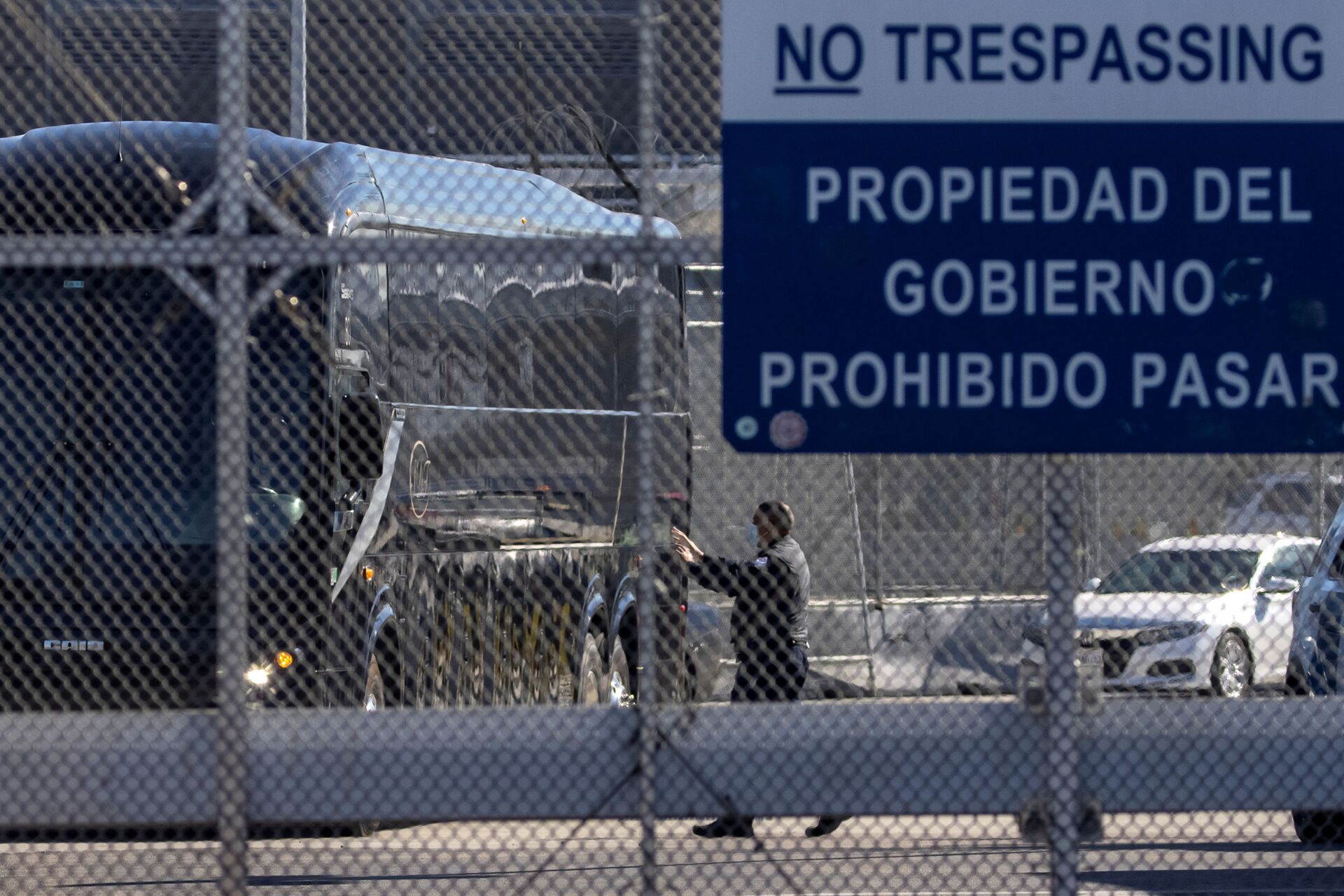 Immigrants to United States classified as Likely or Liable to become a Public Charge may be denied visas or permission to enter the country ‘due to their disabilities or lack of economic resources’.

The Trump administration in 2019 expanded the definition of "public charge" as an immigrant who receives one or more designated public benefits for more than 12 months within a 36-month period.

Consideration whether an immigrant would be a "public charge" would affect one’s chances of getting a green card, besides factors such as age, health and education.

The development comes after on 6 March the Supreme Court dismissed a case concerning the controversial "public charge" rule.

In February, the justices agreed to take up a challenge to it, brought by The Legal Aid Society, besides a plethora of other groups, state and local officials. However, in a letter to the court, Acting Solicitor General Elizabeth Prelogar told the justices that both sides had agreed to dismiss the challenge.

President Joe Biden had earlier urged immediate review of the rule in an executive order.

Hailing the move, critics of the policy said that "the Trump rule erected an invisible wall in the form of a wealth test that discriminated against people on the basis of race as a condition for regularizing their immigration status."

The announcement comes as the Biden administration has been seeking to deliver on its promise to shift away from the policies of the previous administration. 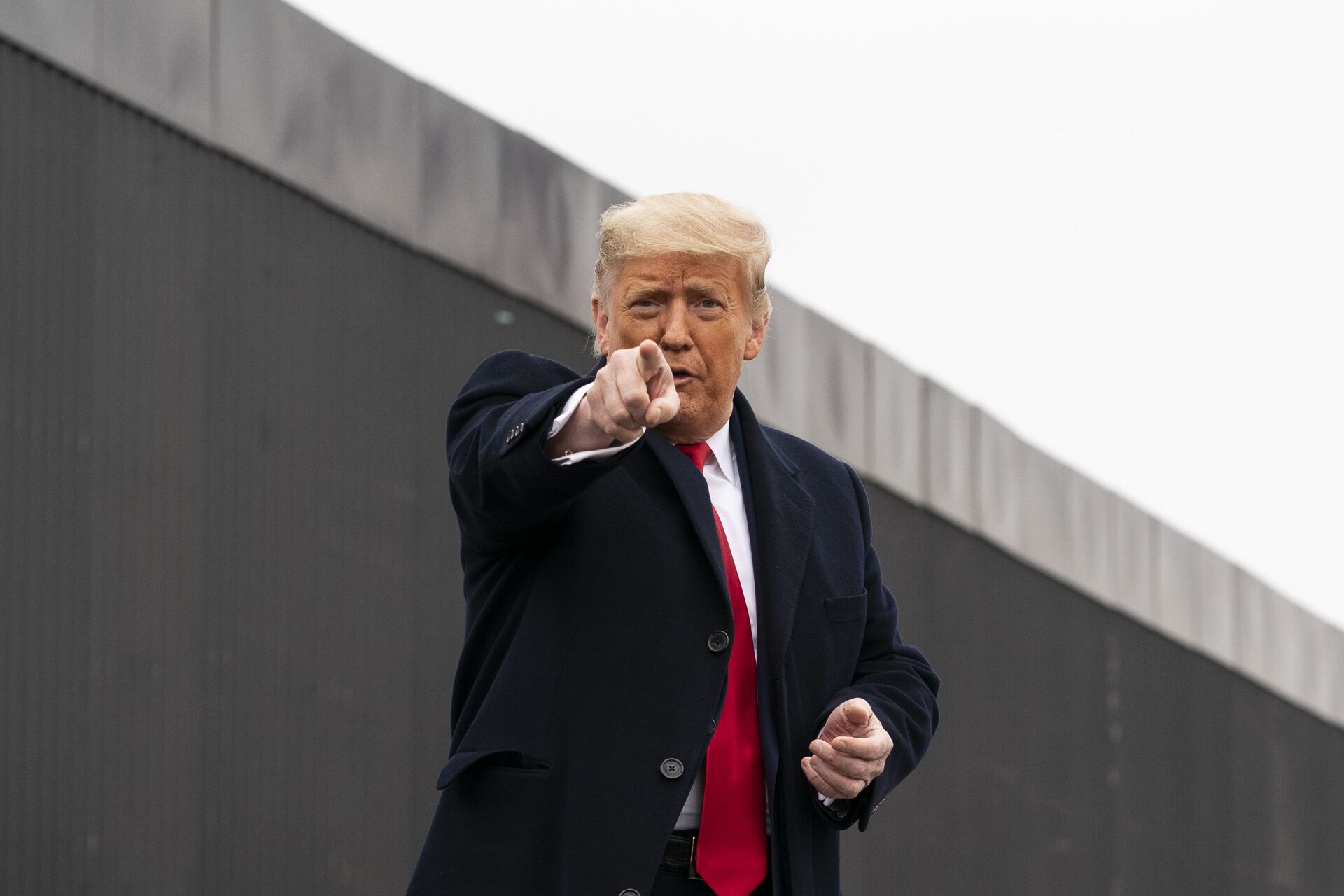 President Donald Trump points to a member of the audience after speaking near a section of the U.S.-Mexico border wall, Tuesday, Jan. 12, 2021, in Alamo, Texas
© AP Photo / Alex Brandon

President Joe Biden had campaigned on a sweeping immigration agenda set to undo much of the tougher policies installed by his predecessor Donald Trump, such as imposing a 100-day pause on deportations of illegal immigrants, rolling back the Migrant Protection Protocols, halting construction of a border wall between the US and Mexico, and a pathway to citizenship for millions of illegal immigrants.

000000
Popular comments
Corruption spread in US. US lovely dictatorship.

Barros
14 March, 09:46 GMT1
000000
The Demented Traitor Biden should run for office in countries from there his 'admirerers' came with T-shirts. What a country America has become? Traitors can be presidents!!