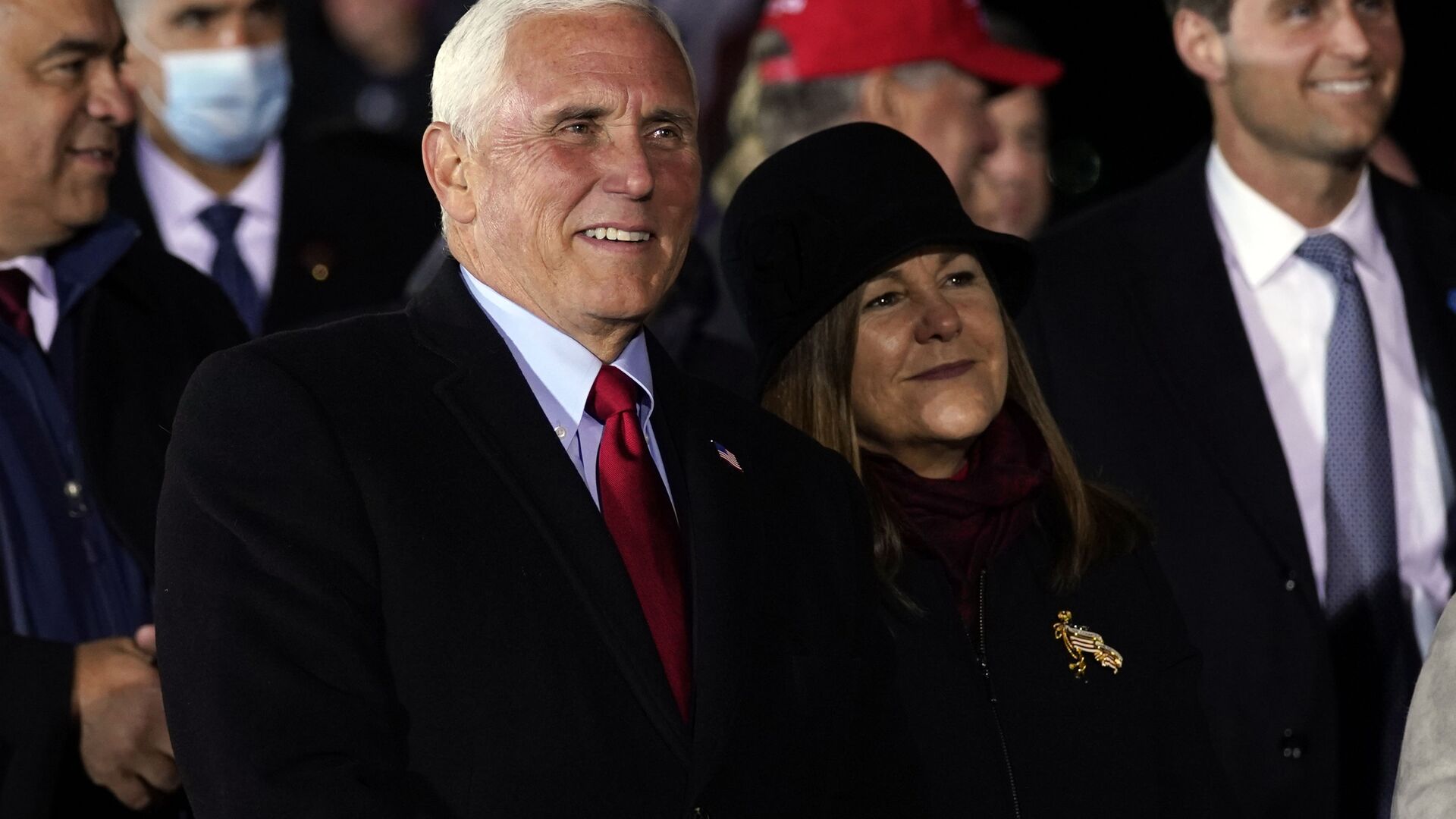 © AP Photo / Evan Vucci
Subscribe
International
India
Africa
Valeria Iakovleva
All materialsWrite to the author
Former US Vice President Mike Pence has not spoken publicly since he and the former US president, Donald Trump, left office, although his wife Karen Pence has shared a heartwarming message.

On Saturday, a former US VP, Mike Pence, and his wife, Karen Pence, tweeted the birth of their first grandchild. The proud grandparents shared pictures of their family's new addition, a granddaughter named Avery Grace Pence.

So excited to announce the arrival of our first grandchild Avery Grace Pence born this week to our Amazing Daughter-in-Law Sarah and our son Michael! We Praise God that little Avery, her Mommy and Daddy are all doing just great! ❤️ pic.twitter.com/UuZxEVa5yx

The twitter post featured a photo that included Karen, her husband in a Camp David sweatshirt and the couple's oldest son, Michael Pence, who is seen holding the newborn.

Mike Pence, is reportedly scheduled to speak at an event hosted by a Christian non-profit organisation in South Carolina next month, his first public remarks after leaving office.