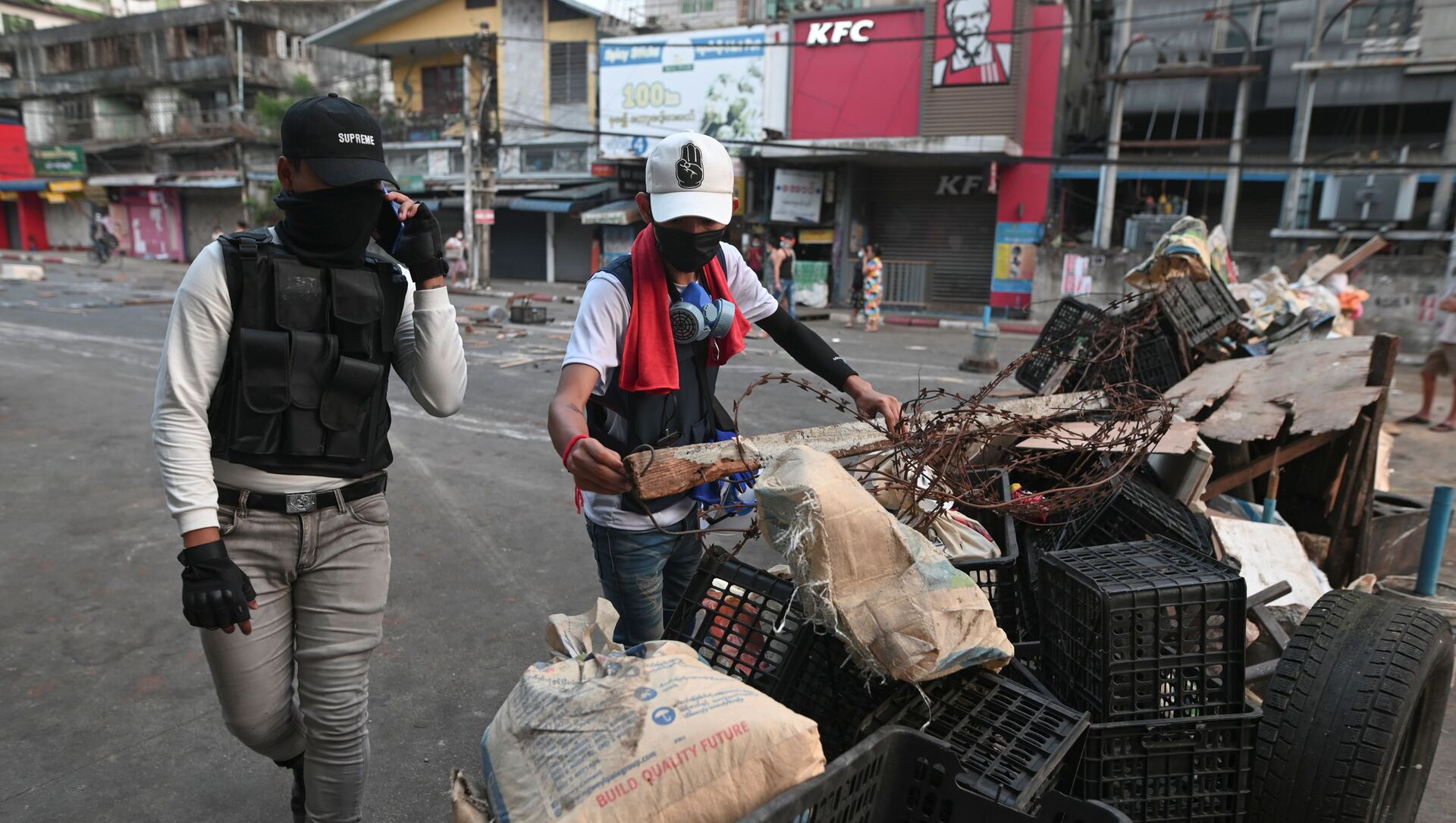 Andrei Dergalin
All materialsWrite to the author
Myanmar’s government was overthrown in a coup in February and replaced with a military junta.

The military junta in Myanmar has declared martial law over the townships of Hlaing Tharyar and Shwepyitha in Yangon, the largest city in the country, AFP reports citing local state-run media.

This development comes after at least 15 people were killed during security force crackdowns against anti-coup protesters on Sunday.

As an announcer on local state-run TV news said, the junta "gives administrative and judicial martial law power to the Yangon regional commander to practice (in Hlaing Tharyar and Shwepyitha townships)... to perform security, maintain the rule of law and tranquility more effectively."

In February 2021, Myanmar's military overthrew the local government and installed a junta, accusing the ruling National League for Democracy party of participating in election fraud, and declared a year-long state of emergency. A number of senior officials, including President Win Myint and State Counsellor Aung San Suu Kyi were detained by the military.

Over 50 people have since been killed in the ensuing protests, according to UN estimates.