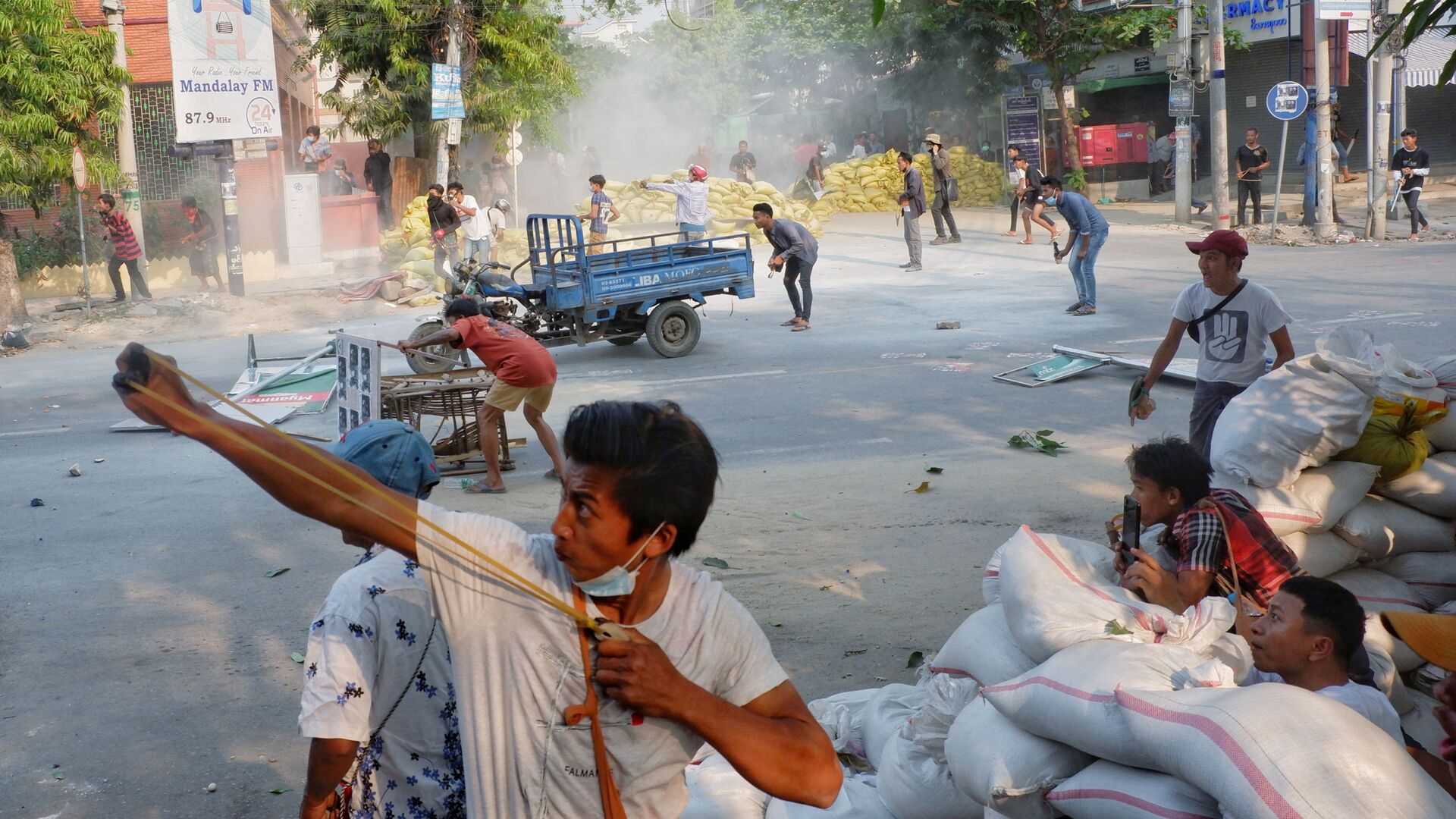 BANGKOK (Sputnik) - At least 38 protesters were killed and around 80 others injured across Myanmar on Sunday as military forces cracked down on the unceasing anti-coup demonstrations, the global NGO Assistance Association for Political Prisoners, said.

The largest demonstrations were held in Yangon, Mandalay, Bago and Hpakan, according to an Assistance Association for Political Prisoners (AAPP) statement on Facebook.

The death toll in Myanmar's protests has grown to 126 since the start of unrest in early February. At least 2,156 protesters have been arrested and charged with various crimes during this time, and the AAPP stressies that this number does not include those detained and not charged.

Additionally, two soldiers were claimed to have been killed in Yangon, where protesters used force, according to the Myanmar military-run MRTV television channel.

Mass protests against the junta continue for the sixth week in Myanmar. Over 70 percent of government employees have reportedly joined the civil disobedience movement against the military.

Tensions between protesters and the army appear to be rising, as officers use more brutal tactics. Aside from tear gas and water cannons, in late February soldiers began using combat weapons.