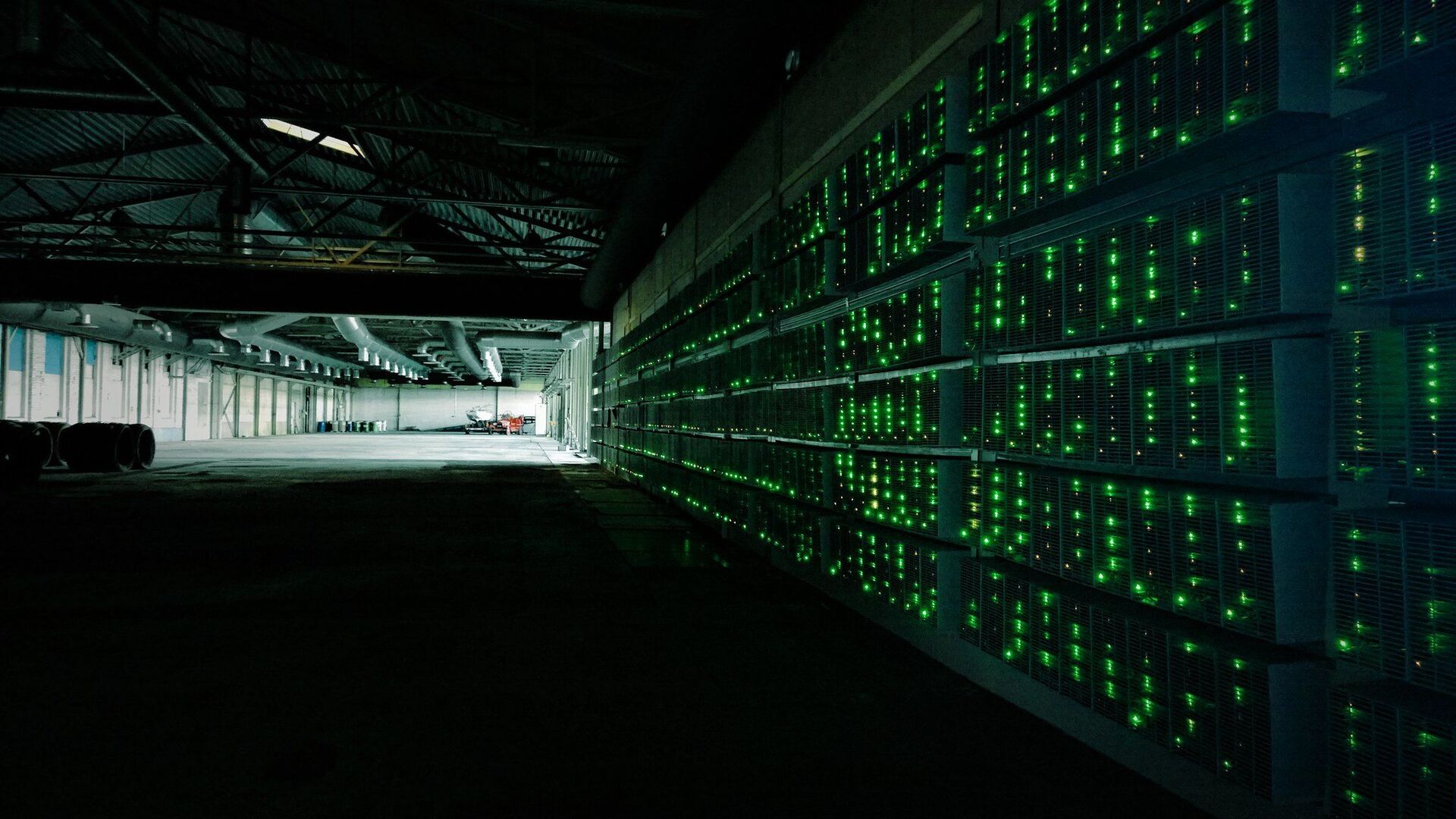 Alexandra Kashirina
All materialsWrite to the author
The world's most popular cryptocurrency, bitcoin, is a combination of extremely large bundles of code, usually generated in bitcoin 'farms.' These networks of powerful computer hardware require a huge amount of energy and are considered by climate activists and environmentalists to be a new challenge for green energy.

Matt Lohstroh, one of the owners of a bitcoin mining company that operates on an oil waste facility in Texas, considers cryptocurrency operations an opportunity for industries to meet “green” standards and gain more trust from investors.

Earlier, he published a viral video of his cryptocurrency 'farm,' that included a fossil fuel well extraction site that provides natural gas to power the digital devices.

The natural gas is a by-product of extracted oil and not long ago it was simply released into atmosphere. The gas contains a number of atmospherically harmful greenhouse gases, including methane. To burn the gas in flares was considered as an option, but not totally safe - flaring natural gas causes carbon dioxide and methane emissions, along with soot, nitrogen oxides, benzopyrene and other cancer-causing components known to be hazardous to the environment and to life.

Today the product is used for electricity generation and is included in the energy distribution networks, but could still be classified as a waste product from the petroleum extraction industry that is normally legal to be released into the atmosphere, for example in Texas and California.

“Economically it’s a waste product. Our company goes to an [oil] producer that’s already flaring - and they’ll continue to do this whether we’re there or not - and we say, we’ll take that gas off your hands. It’s zero effort on their part and we’re able to reduce carbon emissions by getting 90 percent combustion rate in our engines.” Lohstroh told The Independent on Sunday.

He said that his company is “having a net benefit on emissions,” adding that, with humanity's continuing use of fossil fuels, the natural gas would be burned one way or another. Lohstroh also mentioned that the oil company, with which his bitcoin farm operates, has not made any financial investment to the cryptocurrency operation, as the hardware, installation and maintenance costs are borne by the bitcoin miners.

“They’re getting zero for this gas anyway so it makes almost no difference whether we’re on that well-site or not. What it does is helps these oil and gas companies achieve an Environmental, Social, and Corporate Governance (ESG) mandate, reducing carbon emissions. We’ve had publicly-traded companies reach out to us and say, ‘We don’t even care if we lose money on this. We want to improve our public opinion and then help reduce carbon emissions from our flaring,” he stressed.

But the solution is not as perfect as he would have us believe, particularly against the background of the stratospheric rise in bitcoin prices. According to calculations by the Cambridge Judge Business School, the cryptocurrency is among 30 largest consumers of electrical energy in the world. Bitcoin mining throughout the world requires as much electricity annually as the entire country of the Netherlands in 2019. 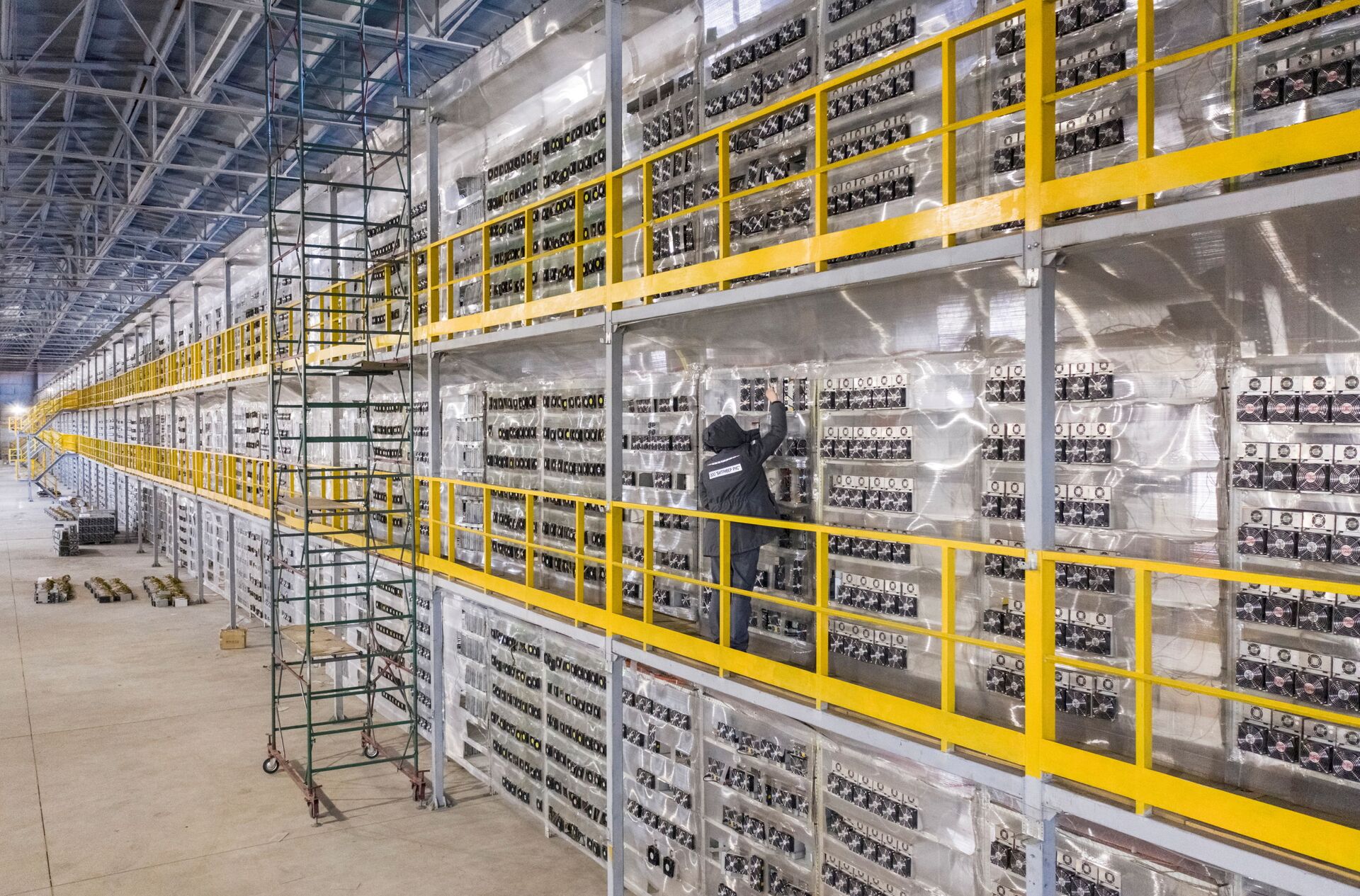 According to data scientist Alex de Vries, describing the idea of “helping the environment by using a by-product of fossil fuel extraction for bitcoin mining” is absurd, saying that the problem of climate change is  the mere result of fossil fuel companies not being efficient enough.

“Firstly, it’s adding to the bottom line of fossil fuel extraction and secondly, it’s still burning fossil fuels. We want to accelerate away from fossil fuels. We don’t want to make fossil fuels more profitable. I can’t wrap my head around it,” de Vries pointed out in frustration.

The potentially harmful environmental impact of the generation of cryptocurrencies was earlier highlighted by Bill Gates, who observed that Bitcoin is not “a great climate thing” as it “uses more electricity per transaction than any other method known to mankind.”

To date, Bitcoin's price has broken above $59,900. Earlier, a Fundstrat Global Advisors analyst, Tom Lee, suggested that the cryptocurrency’s price could fall sharply by 50 percent before the end of this year.