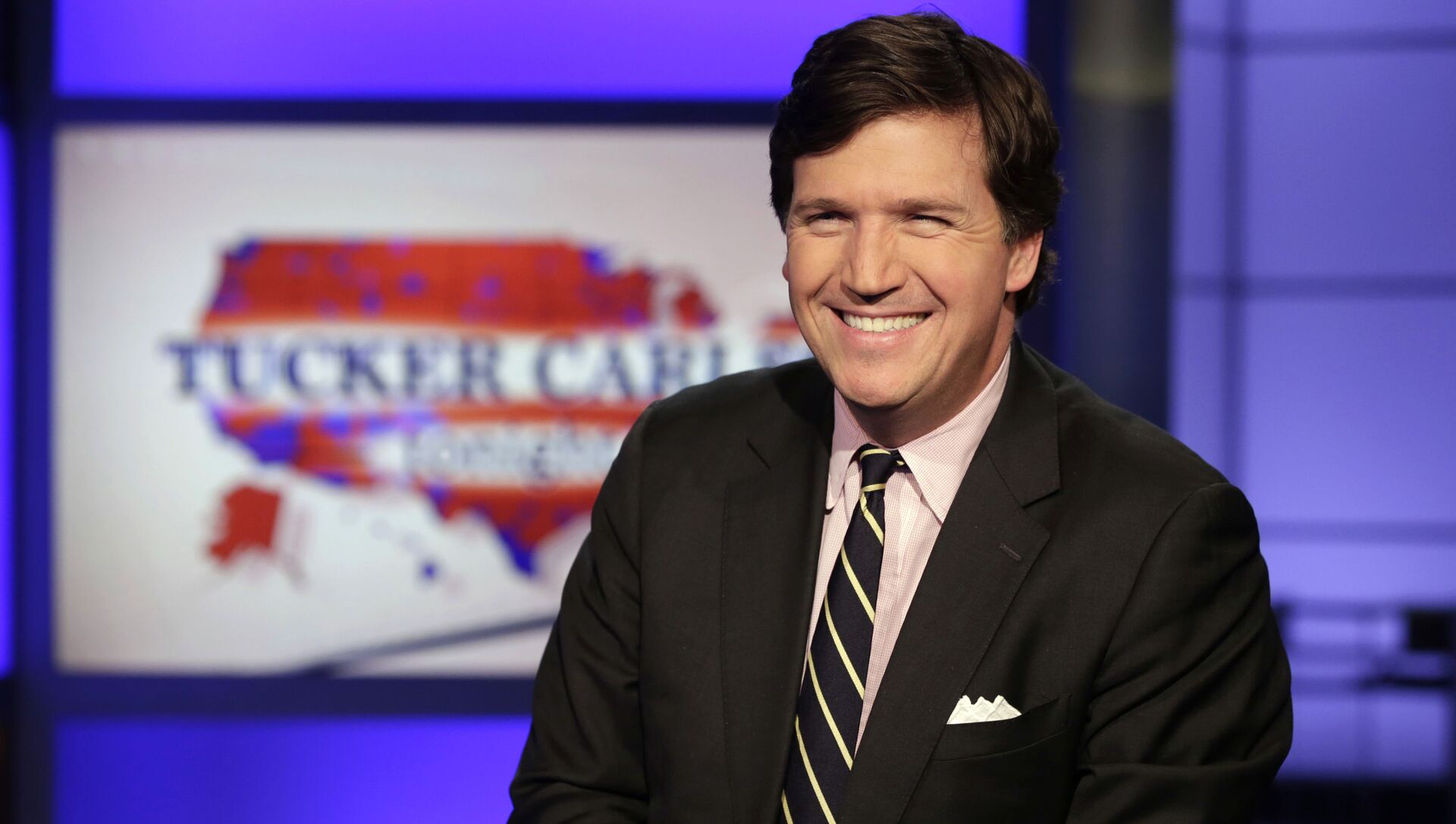 Daria Bedenko
All materialsWrite to the author
Tucker Carlson, a conservative Fox TV host, has been in the spotlight recently due to his comments on Meghan Markle's claims of racism in the UK royal family as well as remarks he made on jumpsuit uniforms for pregnant women introduced recently by the US military.

"Tucker Carlson is the new Donald Trump. Tucker has taken Trump's place as a right-wing leader, an outrage generator, a fire-starter...", Stelter tweeted on Sunday, prompting an immediate reaction from netizens.

Twitterati quickly suggested that CNN had "found the new boogeyman" as, after Trump dropped out of the everyday political agenda, mainstream media needed "a new villain".

Gotta get those viewership numbers up, found the new boogeyman

Why not cover issues instead of outrages, Brian?

​Some suggested that Stetler was "jealous" of Carlson's ratings.

I think Brian may be jealous of Tucker’s ratings.

Call it a hunch

Translation: "I can't compete with him so please, please help me get rid of him."

​Others took the comparison drawn by Stelter more seriously, pondering whether CNN was implying that Carlson could run for president.

This is how CNN makes Tucker President. https://t.co/CbvBrrLmVW

Are you going to meme Tucker Carlson into the White House? https://t.co/ZD2XP5gdpH

​Carlson has appeared to draw the focus of the agenda recently, gaining attention due to remarks about Meghan Markle's comments during an the Oprah Winfrey interview, while also drawing condemnation from the Pentagon and the US military after mocking jumpsuit uniforms for pregnant women in the US army.