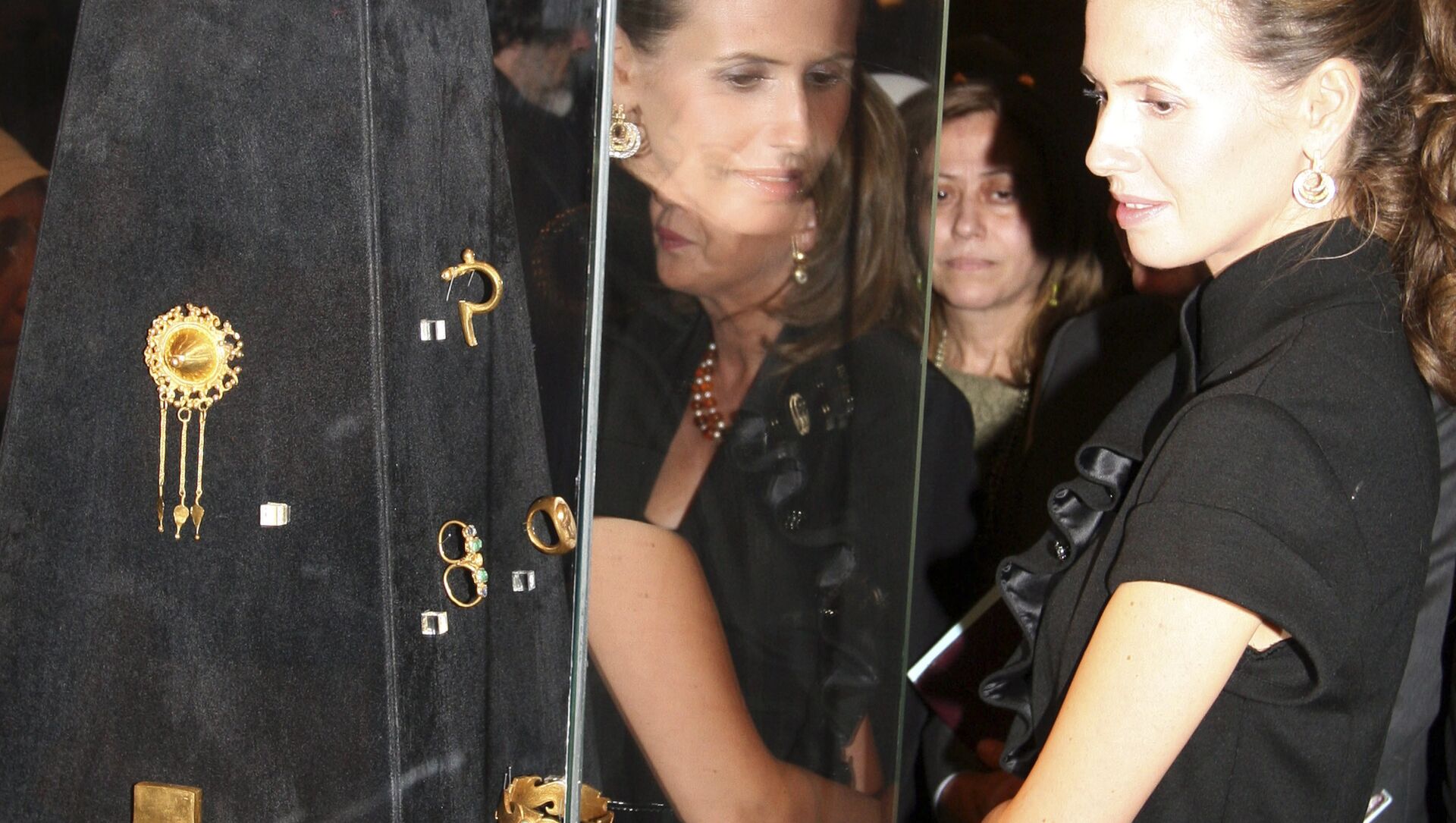 Ilya Tsukanov
All materialsWrite to the author
Asma Assad, 45, was born in Britain to Syrian parents, and has both Syrian and British citizenship. Since 2012, she has been under European Union sanctions. While her travel to the EU is restricted, she remains able to visit her country of birth.

“We can confirm that the Met’s War Crimes Unit, part of the Counter Terrorism Command, received a referral on 31 July 2020 relating to the ongoing Syrian conflict. The referral is in the process of being assessed by officers from the War Crimes Unit,” a police spokesperson said in a statement.

Mrs. Assad is accused by the legal advocacy group Guernica 37 of being one of multiple “influential actors” who encouraged “war crimes” in Syria. Guernica describes itself as an international initiative bringing together “experienced litigators, investigators and other professionals who work to bring perpetrators of international crimes and grave human rights violations to justice”, and has offices in London, Madrid and San Francisco.

While the advocacy touts its work in pursuing criminal investigations in nations and regions including Venezuela, Central America, Syria, Libya, South Asia and West Africa, it has been curiously silent about possible war crimes in places like Iraq and Afghanistan, perpetrated by Western militaries, and the potential impact of the involvement of Western intelligence services and militaries in turning countries like Syria and Libya into failed states.

In a press release, Guernica 37 confirmed that it had “submitted two confidential filings and evidence to the Metropolitan Police regarding the Syrian First Lady,” and said it welcomed their decision to investigate. The advocacy accuses the Damascus government of engaging in a “systematic” campaign of unlawful killings and arbitrary detentions of hundreds of thousands of Syrian civilians, classifying these acts as “crimes against humanity, as well as war crimes, torture and other inhumane acts.”

The Sunday Times says the probe could ultimately lead Mrs. Assad to lose her British citizenship, or even face criminal prosecution, but speculates that she is unlikely to appear in the UK for any trial. It is suspected that British authorities may attempt to strike her with an Interpol red notice to prevent her from traveling outside Syria.

A representative from Guernica’s legal team told Sky News that the probe is “an important step in holding senior political officials accountable for their acts,” and suggested that “it is important that [Mrs. Assad] faces prosecution if the evidence supports the allegation, and not merely stripped of her citizenship.”

Syrian Envoy Refutes Reports Assad Was Taken to Moscow for Treatment After Catching Coronavirus
Asma Assad (nee Akhras) was born in London in August 1975 and received a BA in computer science and French literature from King’s College London in 1996. She worked in investment banking for several years before marrying Bashar Assad in late 2000, shortly after he had become Syria’s president. The two met while Bashar Assad was living in London in the early 1990s and studying to become an ophthalmologist.

The criminal probe isn’t the first time Mrs. Assad and her husband have been subject to foreign investigations. In 2012, a cache of leaked emails obtained by WikiLeaks revealed that she had spent several tens of thousands of dollars online purchasing furniture, jewelry and household decorations, while her husband spent hundreds of dollars downloading music by Chris Brown, Right Said Fred, LMFAO and New Order from iTunes. Western media sought to use the revelations to smear the Syrian president and his family, but the campaign partially backfired as readers compared the spending to that of some of their own politicians and business leaders.

The Assad family and other senior Syrian government figures have been hit by several rounds of sanctions in the US and Europe. In December, new Treasury Department sanctions targeted Mrs. Assad over her alleged "impeding" of efforts to end the war.