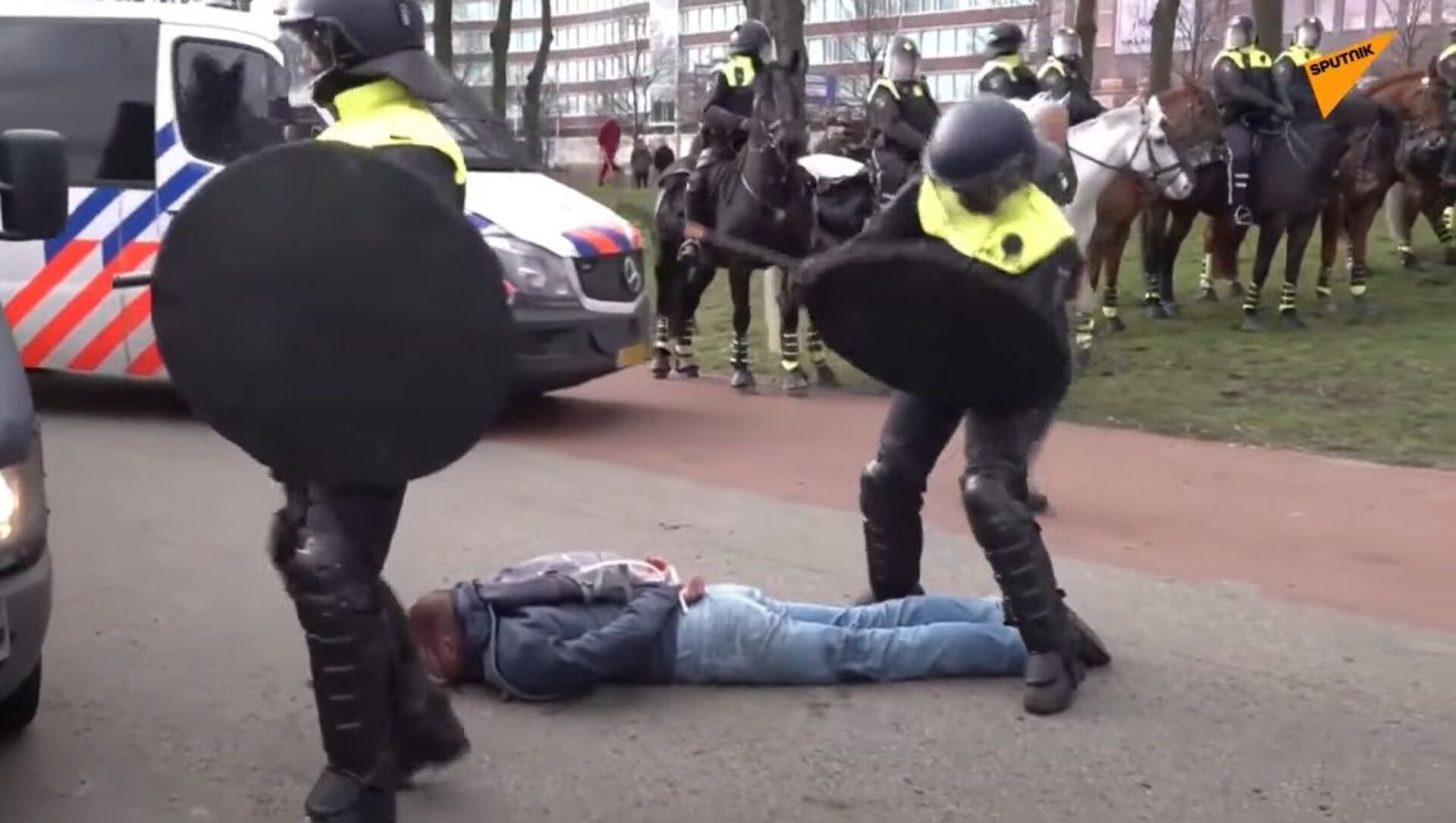 According to the NOM public broadcaster, the rally against the COVID-19 restrictions and vaccination was attended by over 200 people, which exceeds the epidemiologically permitted number of participants. The report added that the protesters ignored the social distancing rules and the calls to disperse.

Officers then resorted to the use of water cannons as protesters were shouting "Freedom!" and "No to dictatorship!" slogans.

Last week, police detained 28 people in Amsterdam during a similar unauthorized demonstration against the government's anti-coronavirus policy, which was attended by nearly 700 people.

UPDATE | Police in The Hague deploy water cannon against protesters

On January 23, the Netherlands issued a 9 p.m. – 4.30 a.m. curfew until 31 March, imposing a 95-euro ($115) fine for non-compliance. This triggered mass protests across the country. Rallies in Amersfoort and 's-Hertogenbosch turned violent, while the demonstrations in Rotterdam and Harlem escalated into clashes with the police.