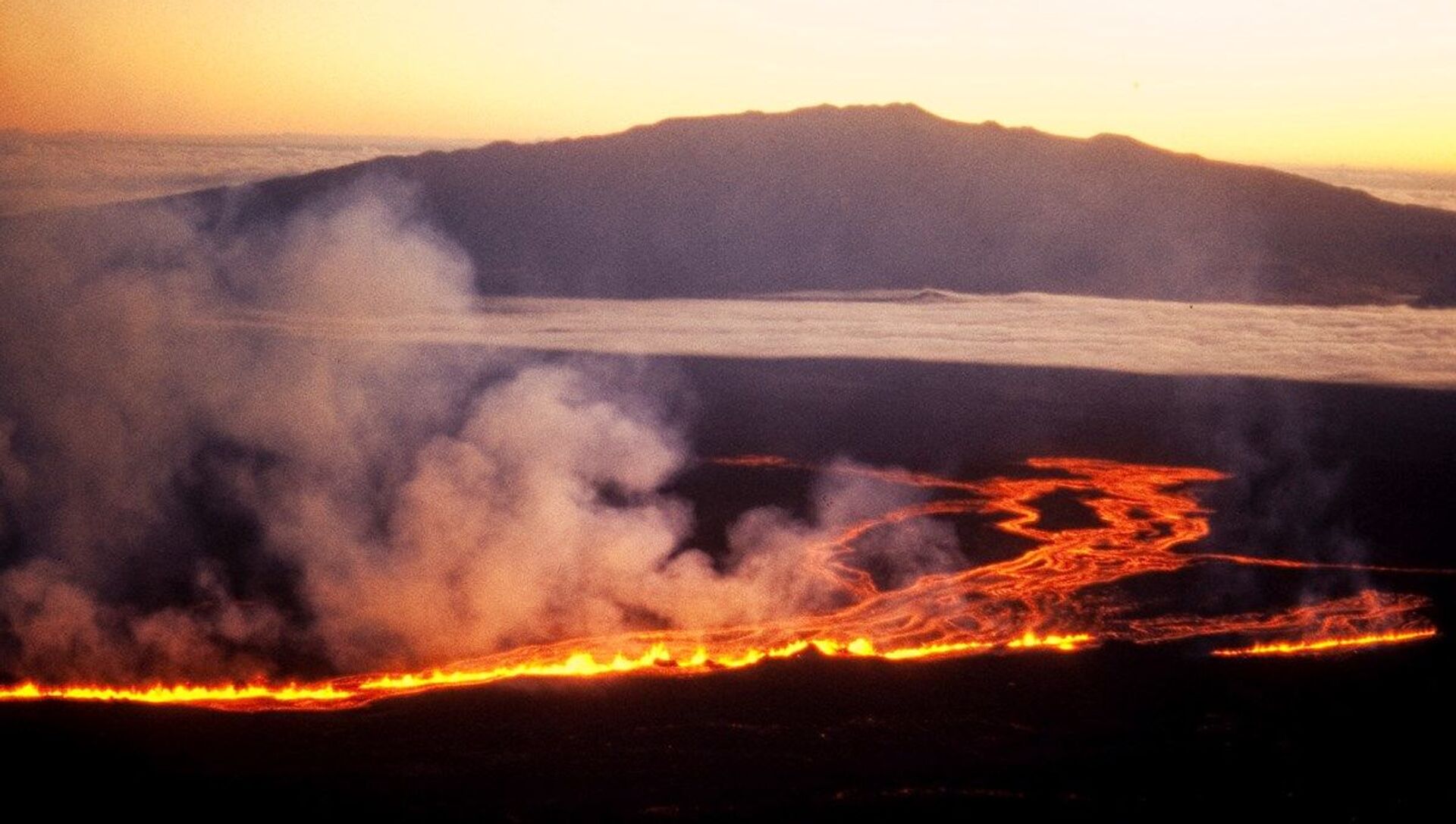 © Photo : USGS Photo/D. Peterson
Subscribe
Alexandra Kashirina
All materialsWrite to the author
Five volcanoes are situated on the island of Hawaii. One of them, Kīlauea, is one of the most active volcanoes in the world. Voluminous volcano eruptions have been observed over the last years, causing great damage to surrounding populated areas.