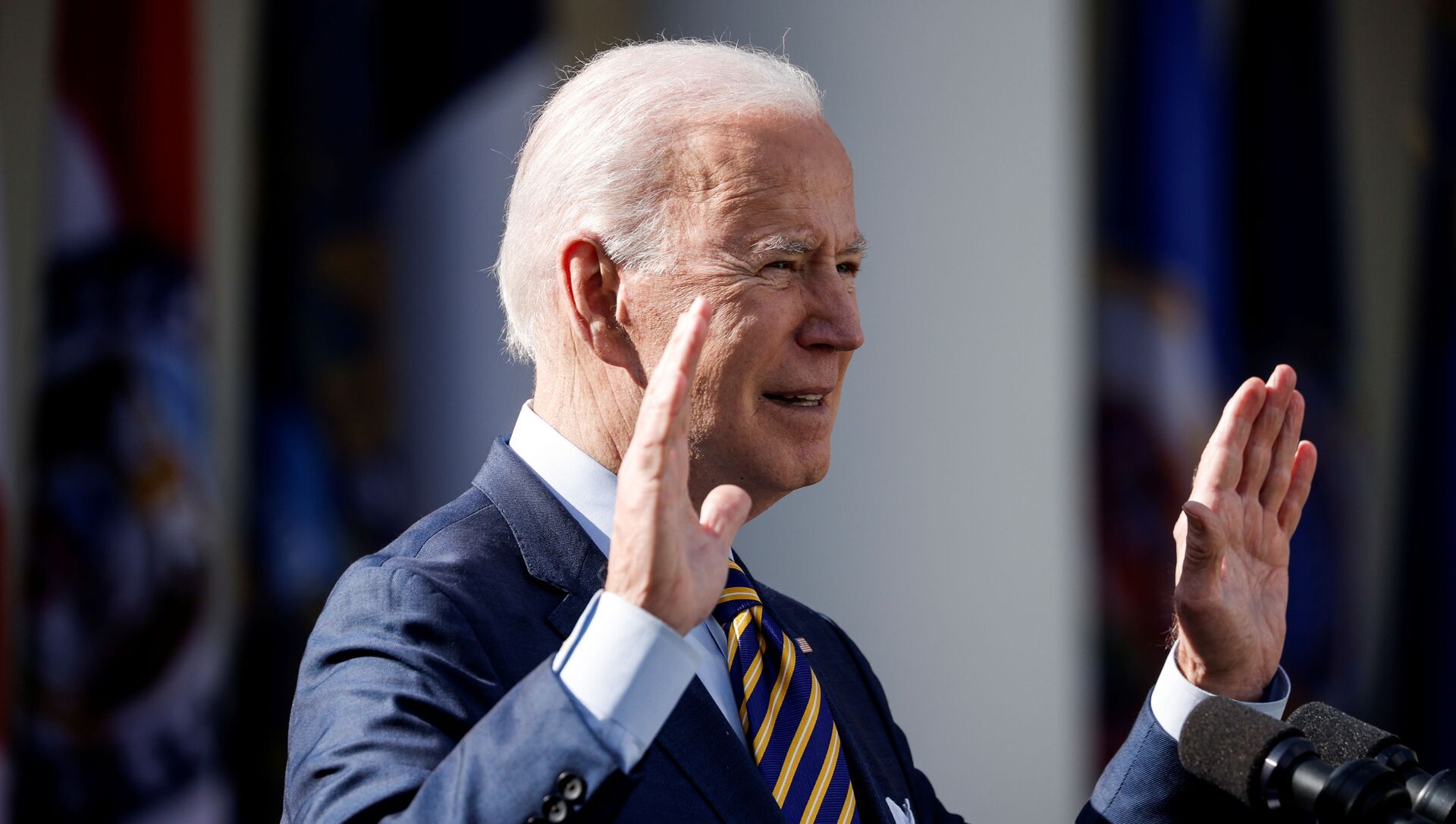 Daria Bedenko
All materialsWrite to the author
Announced on 15 May 2020, the so-called Operation Warp Speed, launched by the former US president, Donald Trump, set a goal to facilitate and accelerate the development, production and distribution of COVID vaccines. The Biden administration inherited the program following the 20 January inauguration.

US President Joe Biden in a Thursday speech faced backlash for his reluctance to give credit to his predecessor for beginning the vaccine rollout campaign in the United States.

Critics blasted Biden's Thursday speech in which he expressed hope that Americans will be able to gather in small groups on 4 July, denouncing the new administration for "ignoring" previous achievements.

Netizens and pundits asserted that Biden was trying to “to take credit for everything that Donald Trump did on COVID-19". Fox News host Sean Hannity in particular criticised Biden for not thanking Trump for launching the Operation Warp Speed project that had been intended to boost the development and distribution of vaccines in the US.

"Joe, you want unity? Why don’t you just thank Donald Trump? You want us all to get along, you say. No Trump, no vaccine, Joe. Stop trying to take credit for something, frankly, you had nothing to do with. Nothing", Hannity said.

Some netizens echoed that criticism, asserting that the Biden administration had "plagiarized" the achievements of its predecessor.

President Trump got us the #COVID19 vaccine.

Understandably Pres. Biden dislikes his predecessor; but to ignore Trump’s achievement in pushing to develop a vaccine within a year deserved at least a mention in last night’s address. In his own words, “come on, man”.... at least in the spirit of unity.

He's taking credit for everything Trump did.
The same way he plagiarized speeches and law school papers.

Trump deserves all the credit for the vaccines.

And everyone knows it.

​When asked about why the US president was reluctant to address Trump's contribution, White House Press Secretary Jen Psaki said that the purpose of Biden's Thursday speech was to highlight the milestones reached by the incumbent administration, not the former one.

"The president has spoken to it in the past. He has applauded the work of medical experts and scientists and the prior administration", Psaki said, adding that, currently, Americans are looking for "facts" about the ongoing battle with the virus. "I don't think they're worrying too much about applause from six months ago."

Earlier on Thursday, Biden pledged to have all adults in the US eligible for vaccination by 1 May, noting that it was "much earlier than expected". His speech followed the signing of the American Rescue Package into law - a bill envisaging $400 billion in funding of $1,400 direct payments to individuals, $350 billion in aid to state and local governments, along with many other coronavirus-related tax-credits and aid.

On Friday, Centers for Disease Control and Prevention (CDC) data showed that currently over 100 million vaccine doses have been administered in the United States as of 12 March.