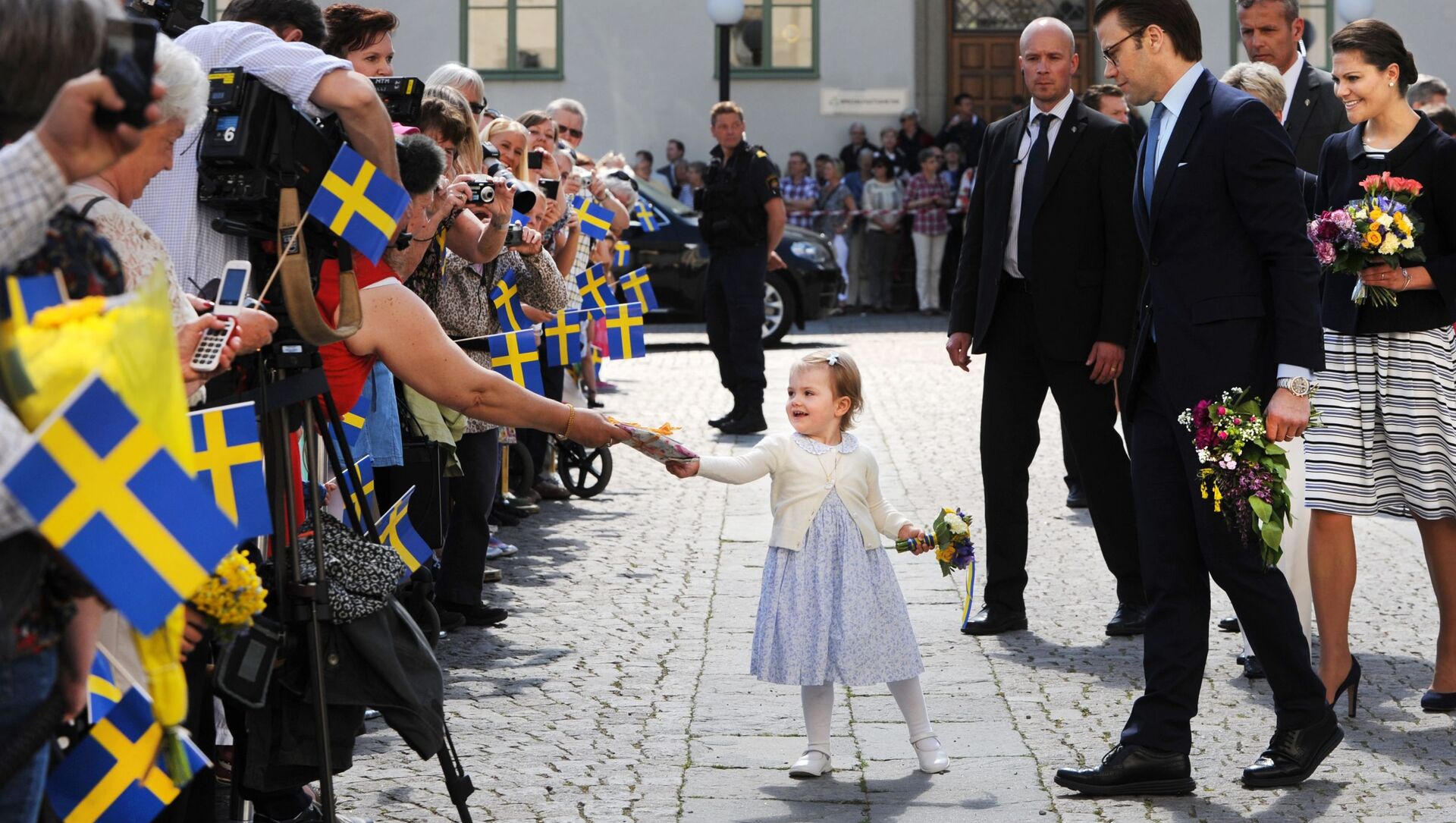 Igor Kuznetsov
All materials
Earlier, King Carl XVI Gustaf made waves with a rare judgemental statement emphasising that Sweden has “failed” to adequately address the pandemic and that its people have “suffered terribly” and lost many lives.

Despite the circumstances, the royal couple is well and is currently in quarantine in their home at Haga Castle, newspaper Aftonbladet reported.

“The Crown Princess had a mild cold yesterday and took the precaution and tested herself”, the court's information manager Margareta Thorgren was quoted as saying. The couple's PCR tests returned positive.

Infection tracking has been launched under the supervision of the court's doctor. The people surrounding the couple have already been tested, but none of them have tested positive. Crown Princess Victoria and Prince Daniel have not met anyone else from the royal family in recent days.

“Also, last week was a sporting holiday and then the Crown Princess couple stayed at home,” Margareta Thorgren said.

All participation in public events in the nearest future, including the COVID-19 memorial service at Drottningholmen Church, has been cancelled. However, the couple already handle many of their tasks digitally, and will continue to do so.

Now the whole family, including Princess Estelle and Prince Oscar, is in quarantine at Haga Castle.

“The children are at home too, they won't go to school for the time being. The Crown Princess couple thinks it is important to follow the recommendations. It is a special, extreme year for all people, and then the children are also affected. But the children are healthy and well,” information manager Thorgren said.

Swedish King Scolds Government Over COVID-19 Pandemic: 'I Believe We Have Failed'
The King and Queen were vaccinated against COVID-19 in mid-January. In December, King Carl XVI Gustaf made waves with a rare judgemental statement emphasising that Sweden has “failed” to adequately address the pandemic and that its people have “suffered terribly” and lost many lives. Sweden currently has more COVID-19 cases and fatalities than all of its Nordic neighbours combined.

Earlier in November, Prince Carl Philip and Princess Sofia of Sweden contracted COVID-19 and were isolating at home with their children, Prince Alexander and Prince Gabriel. Both were said to have been suffering from mild symptoms.

The Prince of Wales was the first British royal to test positive for COVID-19 in March, when he came down with mild symptoms. However, Charles revealed he had lost his sense of smell and taste at the time of being diagnosed. His wife Camilla, however, did not test positive and quarantined herself for a fortnight in line with medical advice.

In November it was revealed that the Duke of Cambridge had privately contracted coronavirus in April. Prince William later revealed that kept his diagnosis a secret because he didn't want to alarm the nation.

The list of royals who have contracted the coronavirus includes Prince Albert II of Monaco, who tested positive with flu-like symptoms last March.

The first royal to test positive for the coronavirus was Karl von Habsburg, the Archduke of Austria, who has served as an Austrian MEP.