Piers Morgan Won't Go Back to Good Morning Britain as Over 200,000 Petitioners Beg Show to Keep Him 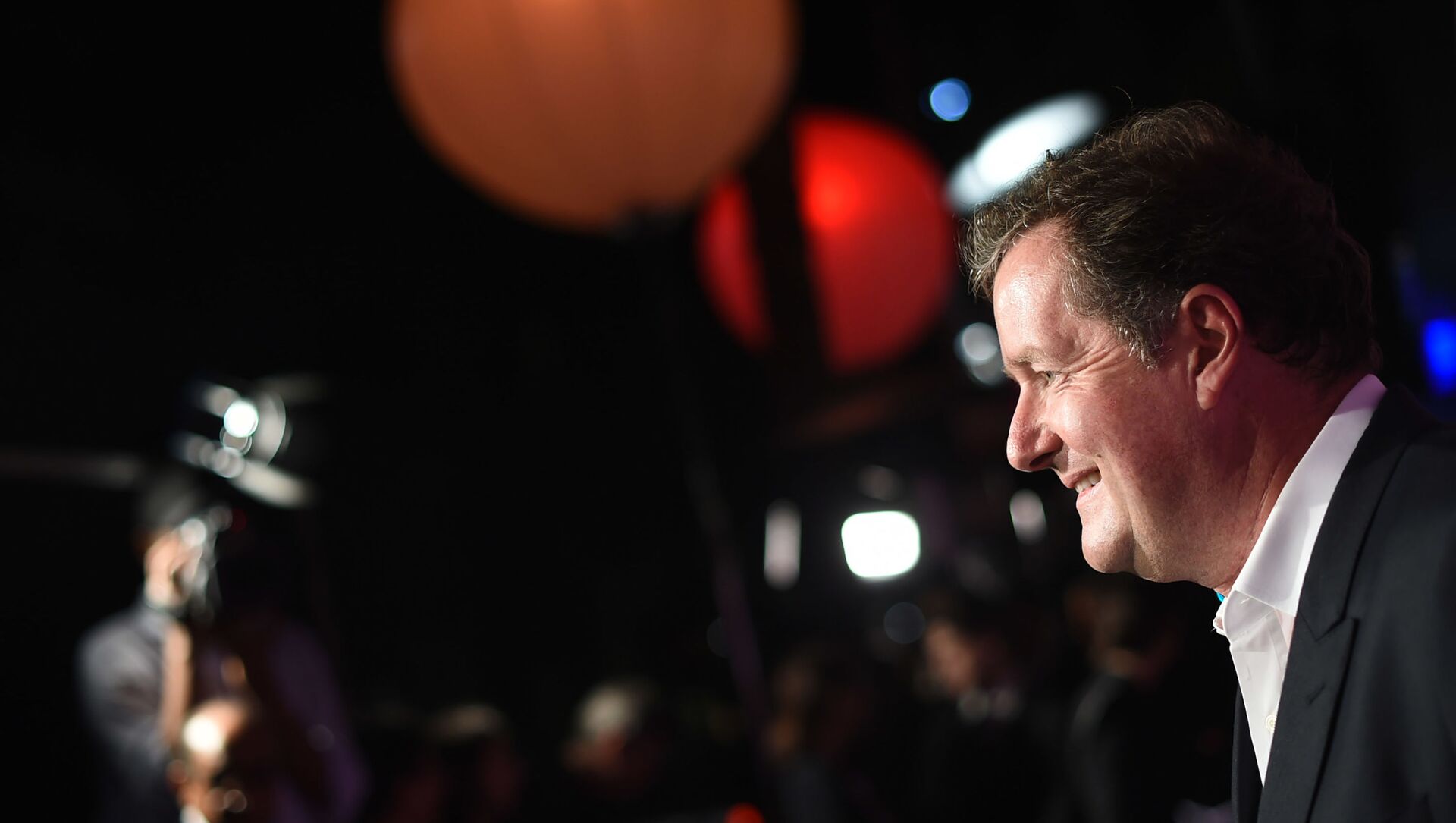 Aleksandra Serebriakova
Moscow-based Sputnik correspondent specializing in foreign affairs.
All materialsWrite to the author
Piers Morgan left his show of five years, Good Morning Britain, on Tuesday after clashing with staff over his remarks about Meghan Markle’s interview with Oprah Winfrey. Morgan said he didn’t believe the duchess’ account about her suicidal thoughts that were allegedly ignored by the palace, prompting an outcry from mental health campaigners.

Legendary British host Piers Morgan said he wouldn’t make a starring comeback to Good Morning Britain, despite a slur of petitions begging for his return to the breakfast programme.

At least three petitions published through the platform Change.org have called to keep Morgan on the show, claiming together over 200,000 signatures from viewers who were appalled by the host’s departure.

One plea, titled “Keep Piers Morgan on GMB for his common sense approach to life”, had racked up over 129,000 names as of Friday. Its author, Margaret Lowry, praised Morgan for not being “afraid to speak out” and saying “what a lot of us are thinking”.

The petition was created over a year ago in a fear that the show’s host would get sacked by the channel’s management over some of his harsh comments, but got renewed attention in recent days.

Piers thanked the thousands of users for their overwhelming support but said on Twitter that he won’t return to the show anyway.

“Normally, people start petitions to have me fired or deported, so this is a pleasant surprise,” the scandalous host joked.

I won’t be going back, but thanks to everyone who has signed these petitions. Normally, people start petitions to have me fired or deported, so this is a pleasant surprise. https://t.co/jhqt9VbNDN

ITV, the channel which hosts Good Morning Britain, announced on Tuesday that Morgan “has decided” to leave the show, with the journalist later calling the decision around his departure “amicable”.

The shocking announcement followed his televised spat with weatherman Alex Beresford, who scolded Morgan for his “pathetic” rant “trashing” Meghan Markle. Morgan responded by walking off the set on air, never to return again.

During the GBM broadcast on Monday, Morgan said that he didn’t “believe a word” the Duchess of Sussex had said about her mental struggles in the interview with Oprah Winfrey. Markle claimed that she was denied help when feeling “suicidal” during pregnancy with Archie and that some people were raising concerns about his skin colour before he was born.

His comments sparked an outrage from mental health campaigners and an intervention from Meghan Markle herself, who reportedly wrote to ITV’s bosses to criticise the host for the impact his words would have on people battling suicidal thoughts.

British regulator Ofcom said on Tuesday that they have received over 41,000 complaints over the Monday episode featuring Morgan’s heated rant.

In his Monday piece for Daily Mail, Morgan also slammed the Sussexes’ “disgraceful diatribe of cynical race-baiting propaganda designed to damage the Queen” with their ‘tell-all’ and dubbed the duchess “Princess Pinocchio” on his Twitter.

Lots of people on here want me fired for expressing my opinion on the Pinocchio Princess. If you want to join them, there are various petitions still doing the rounds from the last few times you've all tried, and failed, to have me fired for saying what I think.

​Despite all the backlash, the former host later claimed – he still didn’t believe the duchess’ account of the events but was happy that his verbal assaults helped the GMB to beat BBC Breakfast’s ratings for the first time in history on Tuesday.