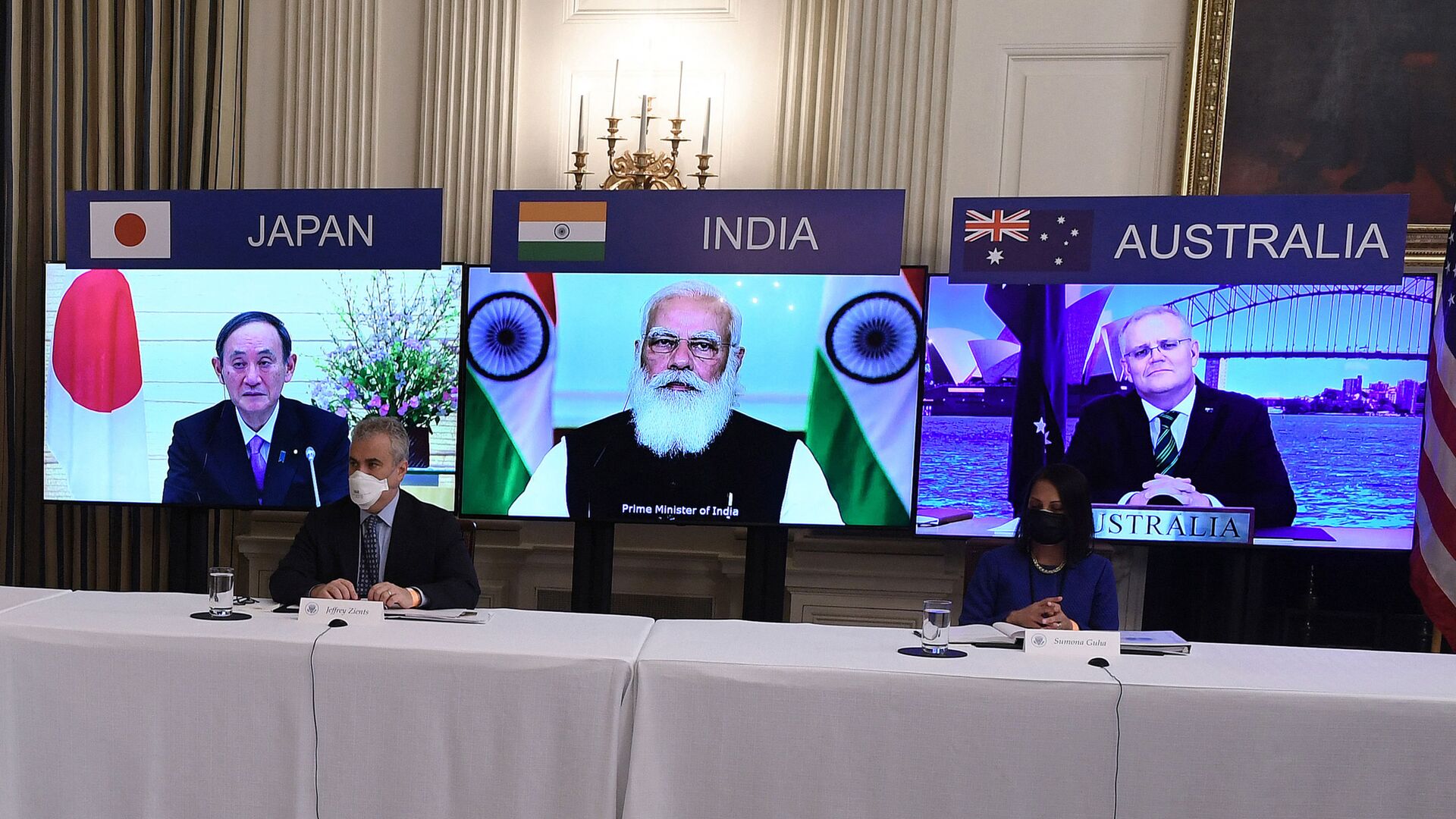 NEW DELHI (Sputnik) - India will cooperate closely with Australia, India, Japan and the US, its Quad format partners, in advancing shared democratic values in order to establish peace and stability in the Indo-Pacific region, Indian Prime Minister Narendra Modi said in his address at the first Quad Summit on Friday.

"We are united by our democratic values and our commitment to a free, open and inclusive Indo-Pacific ... We will work together closer as ever before for advancing shared values and promoting secure, stable and prosperous Indo-Pacific," Modi said.

He stressed that the Quad's agenda covers such important topics as vaccines, climate change and emerging technologies, making it "a force for global good." Modi also called the new cooperation format "an important pillar of stability in the region."

"I see this positive vision as an extension of India's ancient philosophy of Vasudhaiva Kutumbakam, which regards the world as one family," he noted.

Australian Prime Minister Scott Morrison also congratulated the sides on Twitter on the "historic meeting for India, the United States, Japan and Australia."

An historic meeting for India, the United States, Japan and Australia - the first ever leaders’ meeting of the Quad.

For us, this meeting is about how we keep Australia and the Indo-Pacific region we live in safe, stable and secure.