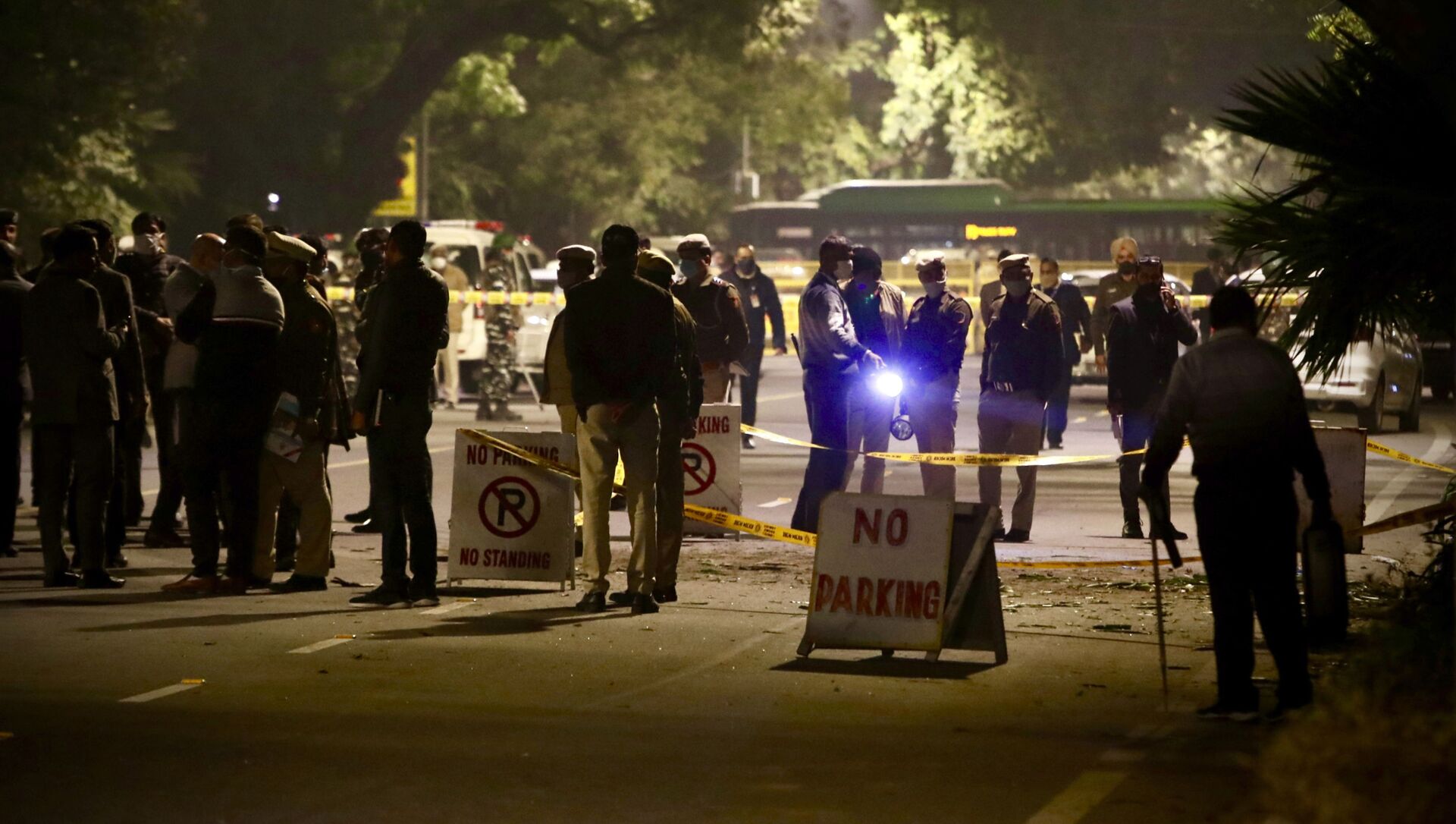 Advitya Bahl
All materialsWrite to the author
India's National Investigation Agency (NIA) is probing two recent high profile cases – one is related to a blast which happened near the Israeli embassy in New Delhi, while the other is linked to India's richest man Mukesh Ambani after an explosive-laden car was seized from outside his house.

The Delhi Police have seized a mobile phone allegedly used to claim responsibility for recent terror acts in the country from the prison cell of a convicted Islamist terrorist in India's largest prison, Tihar Jail.

According to police sources, the phone was found in Tehseen Akhtar's cell, who – along with at least five other terrorists – used the phone to operate a Telegram Channel from inside. Akhtar was initially arrested in West Bengal state in 2014 for his involvement in two explosions that killed 12 people in the southern city of Hyderabad.

"It is suspected that they used this phone to claim responsibility for terror acts or threats including the placing of an explosives-laden car outside the house of Mukesh Ambani in Mumbai city last month and the low intensity blast outside Israeli embassy in the national capital," a police official told Sputnik.

The officer further revealed that the convicts created a Telegram channel – Jaish-ul-Hind – which on 30 January claimed responsibility for a blast near the Israeli embassy.

The investigation into the claims made by Jaish-ul-Hind traced the phone on which the channel was created to the prison. The authorities conducted a massive search on 11 March as a result, eventually unearthing the mobile.

"We recovered a mobile and sim card. The Telgram channel, Jaish-ul-Hind, was created on this phone," the official revealed, adding that initially they thought that the post claiming responsibility for the bombing was an attempt to mislead the investigation, as no such organisation called Jaish-Ul-Hind was known to exist.

Similarly, cyber experts hired by Mumbai Police investigating the explosive-laden car case near industrialist Ambani's house – together with National Investigating Agency (NIA) – found that a Telegram channel was created on 26 February. The message claiming responsibility for the incident from Jaish-ul-Hind was posted on the Telegram on 27 February.