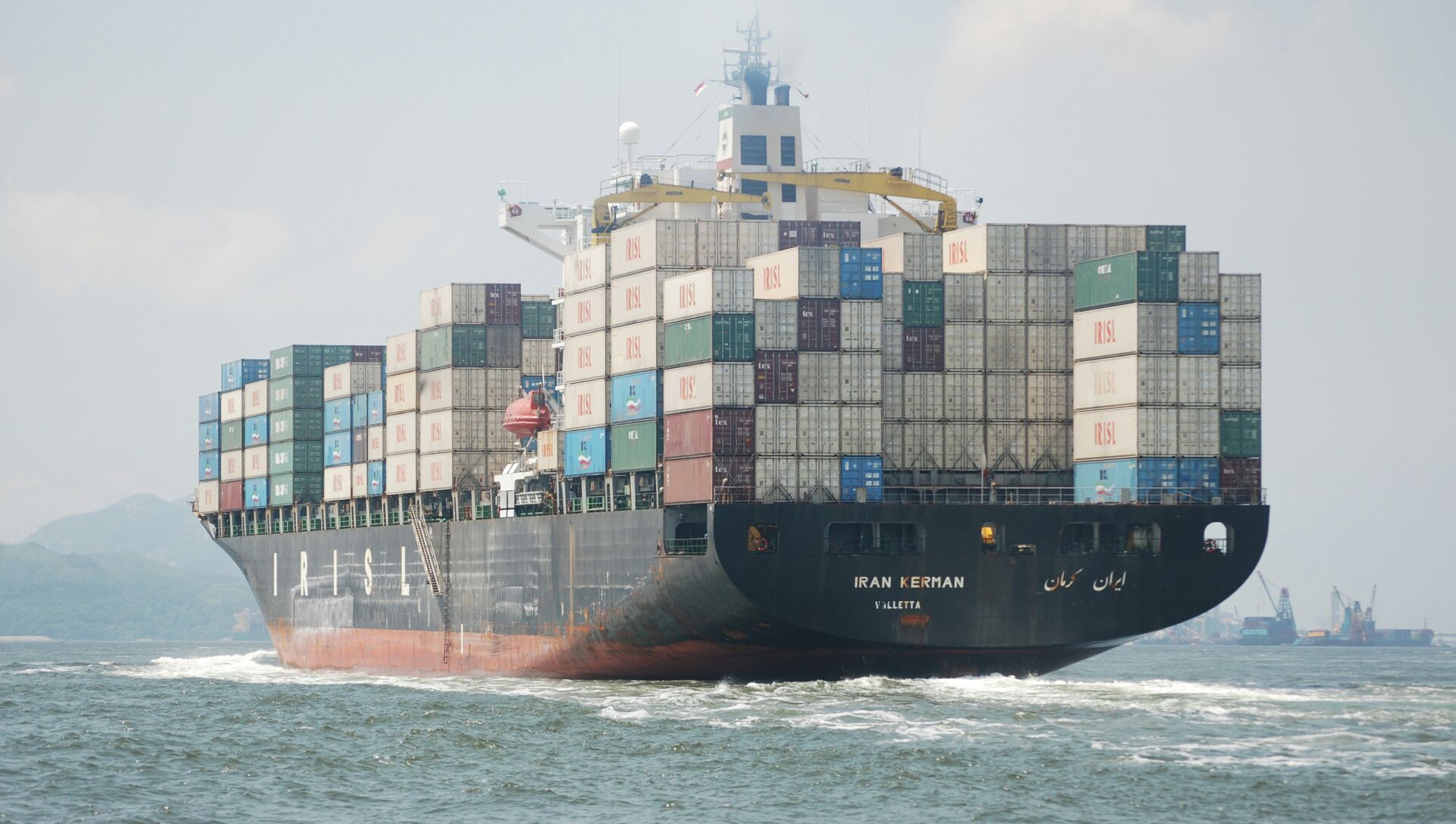 © Flickr / kartografia
Subscribe
International
India
Africa
Arty Katkov
All materialsWrite to the author
According to the state shipping firm, the vessel was slightly damaged by an explosive object but no one on board was hurt.

An Iranian container ship was damaged in a "terrorist" attack in the Mediterranean on Wednesday, a spokesman for the state-run shipping company IRISL told Nournews on Friday.

"Such terrorist acts amount to naval piracy," the spokesman said.

Previously, reports of a fire on the "SHAHR E KORD" Iranian container ship off the coast of Latakia, Syria circulated on 10 and 11 March.

The fire reportedly started in containers on the cargo deck as the ship arrived at Latakia Anchorage from Bandar Abbas via the Suez Canal.

It is still unclear what caused the blaze.

A Thursday report by The Wall Street Journal said that Israel had targeted at least a dozen cargo ships heading for Syria with most of them loaded with Iranian oil.

Earlier in February, an Israeli-owned ship, the "Helios Ray," suffered an explosion in the Gulf of Oman en route to Singapore. Tel Aviv rushed to accuse Iran of being involved, but the cause of the incident is unclear. Tehran denied the accusations.