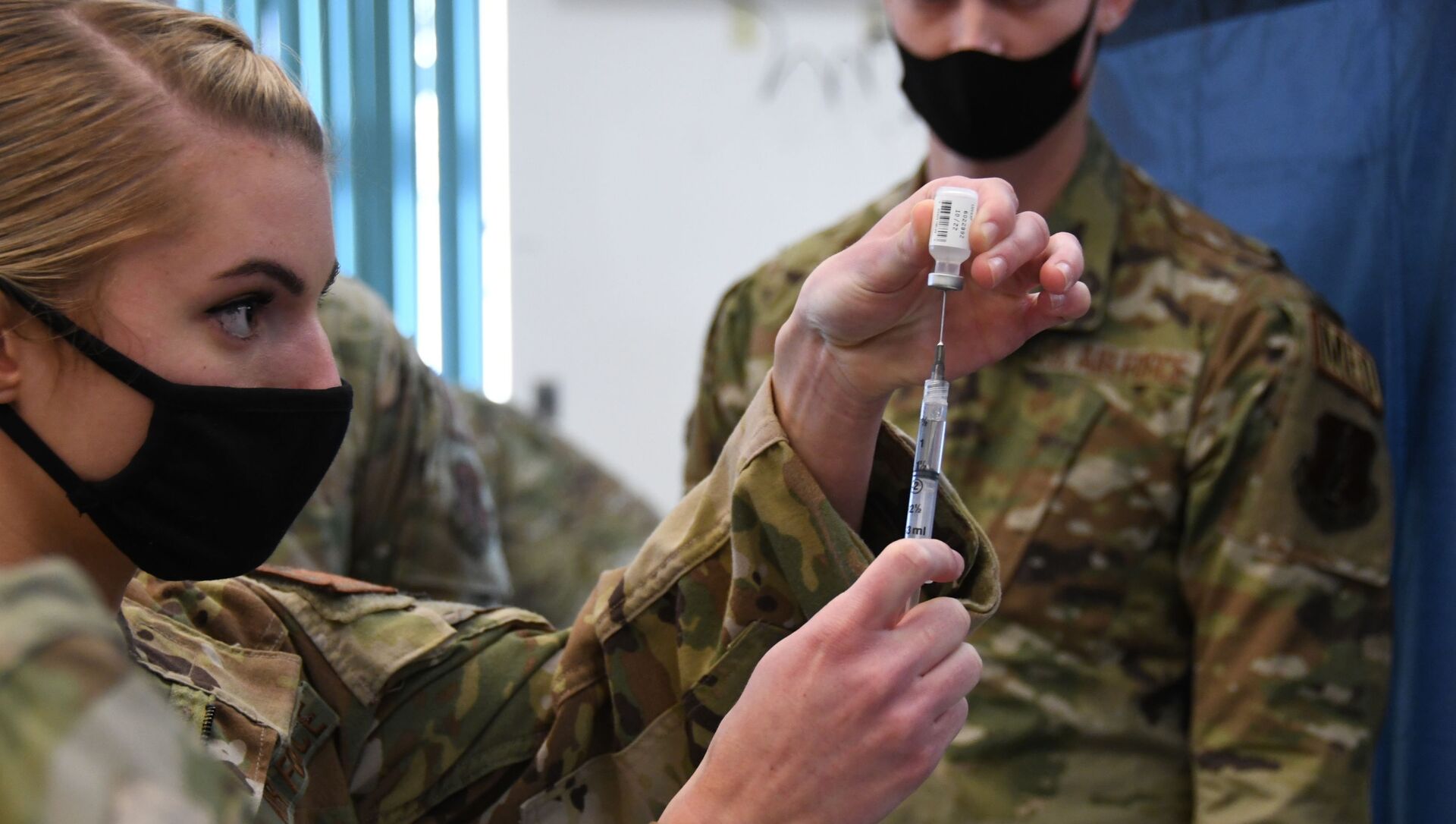 © Master Sgt. Christine Wood
Subscribe
International
India
Africa
Evan Craighead
All materialsWrite to the author
Dr. Anthony Fauci, director of the National Institute of Allergy and Infectious Diseases, stressed this month that US service members who refused to get the COVID-19 vaccine would inadvertently be "part of the problem." However, at least one overseas US military hospital has reported delayed vaccine shipments, and may cancel appointments outright.

Rep. Michael McCaul (R-X), a ranking member of the House Foreign Affairs Committee, penned a letter to General Gustave Perna, chief operating officer of the US COVID-19 response for vaccine and therapeutics, on Thursday, requesting an explanation for apparent vaccine distribution hiccups.

"Unfortunately, it has been brought to my attention some troops and their families stationed abroad are experiencing significant delays, causing appointments to be cancelled," McCaul wrote.

The Republican lawmaker specifically cited a March 10 Facebook post by Landstuhl Regional Medical Center, a Germany-based US Army medical facility and the largest American hospital outside the states.

"We are currently waiting for a resupply of vaccines and do not anticipate receiving any for the next several weeks. Based on diminishing vaccine quantities, we have made the difficult decision to cancel some upcoming appointments," the post originally said.

McCaul asserted "soldiers and their family members are, rightfully, very frustrated and confused, unsure what this means for them."

However, the US Army hospital in question has since updated the post and highlighted its "leadership team is working hard to find a way to prevent us from having to cancel second-dose appointments, as previously announced."

The Republican lawmaker also called attention to the fact that some service members - like some civilians - "are hesitant to take the vaccine," which was also pointed out by Dr. Fauci, the White House's chief medical adviser, during a virtual town hall with military family nonprofit Blue Star Families.

The health expert stressed that US service members are "part of the solution to this outbreak," but could become "part of the problem" if they are eligible for the vaccine and refuse to receive it.

"Because by getting infected, even though you may not know it, you may be inadvertently transmitting the infection to someone else, even though you have no symptoms," Fauci said, as reported by CNBC.

McCaul wrote that, considering these reports of hesitancy, "it's incredibly disappointing to hear those who desperately want the vaccine are having a hard time receiving it."

The Republican lawmaker concluded his letter by asking a number of COVID-19 vaccine distribution questions, including queries about plans for vaccinating families of service members.