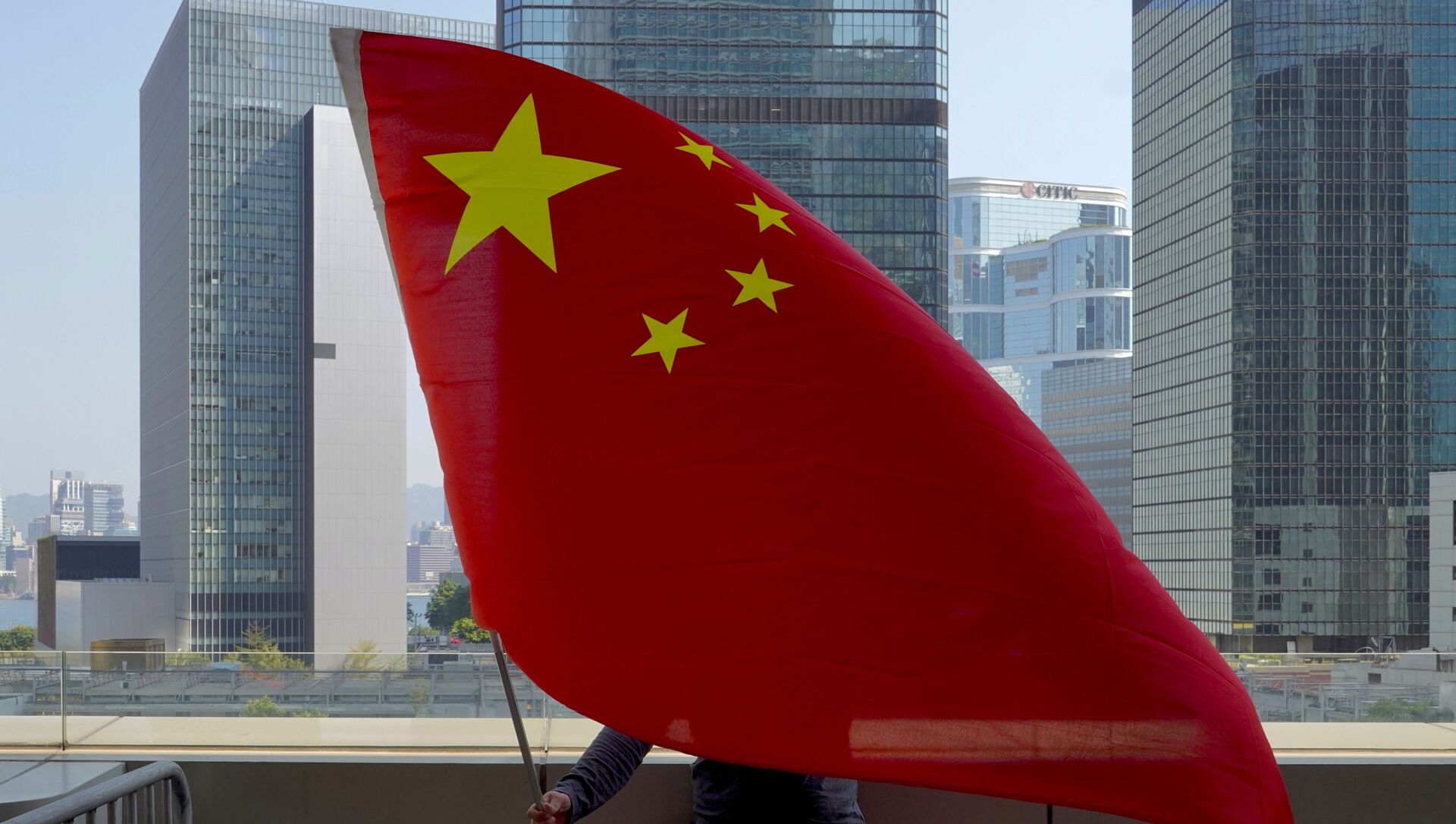 Demond Cureton
All materialsWrite to the author
The comments come amid an ongoing row between China and several Western powers over a national security law aimed at strengthening control over the special administrative region, as well as electoral reforms approved in March, Chinese media reported on Friday.

Senior Chinese officials have hit back at the US' responses to electoral reforms in Hong Kong, slamming them as groundless and illegitimate meddling in China's affairs, the Global Times reported on Friday.

He added – as cited by the Global Times – that some US politicians had lauded violent secessionist demonstrations as a "beautiful sight," despite labelling the US Capitol Hill riots as "terrorism," indicating double standards.

World
Countries Must Heed 'Just Voice' on Hong Kong Amid Belarus Joint Decree, Chinese Spokesperson Says
He concluded he didn't understand how the US politicians could take the moral high ground in criticising China's Hong Kong affairs, adding Beijing was "deeply proud" of being sanctioned by Washington, he concluded according to the report.

Zhang Yong, deputy head of the Commission for Legislative Affairs of the National People's Congress Standing Committee, also said at the conference that China's constitution also applied to the special administrative region.

"Hong Kong's high autonomy is under the authorisation of the central government," he said.

He added that such problems in Hong Kong were not related to democracy, but subversion, which the central authorities must tackle – he also said Beijing could no longer tolerate secessionist rioters in Hong Kong's political system, citing the need for electoral reform.

"Can you imagine what will Hong Kong turn to be if the anti-China figures continue making troubles, seeking to grab the power of authority? Chaotic situations triggered by the 2019 anti-extradition bill protest can't be staged again," Deng Zhonghua, deputy director of the State Council's Office on Hong Kong and Macao Affairs said.

The development comes amid an ongoing row between Beijing and London, namely after UK Foreign Secretary Dominic Raab slammed China's Hong Kong electoral reforms as an attempt to "hollow out" democracy in the region.

Tensions Soar as UK FM Raab Slams Beijing's Electoral Law After Chinese Legislators Back Reforms
China's reforms will remove 117 district councillor seats in Hong Kong's legislative body and replace them with pro-Beijing lawmakers in a bid to tackle the violent protest which have gripped the city for years.

Over 70 nations signed a joint statement in March at the 46th session of the UN Human Rights Council backing Beijing's "one country, two systems" approach, and called on foreign powers to stop meddling in China's internal affairs.