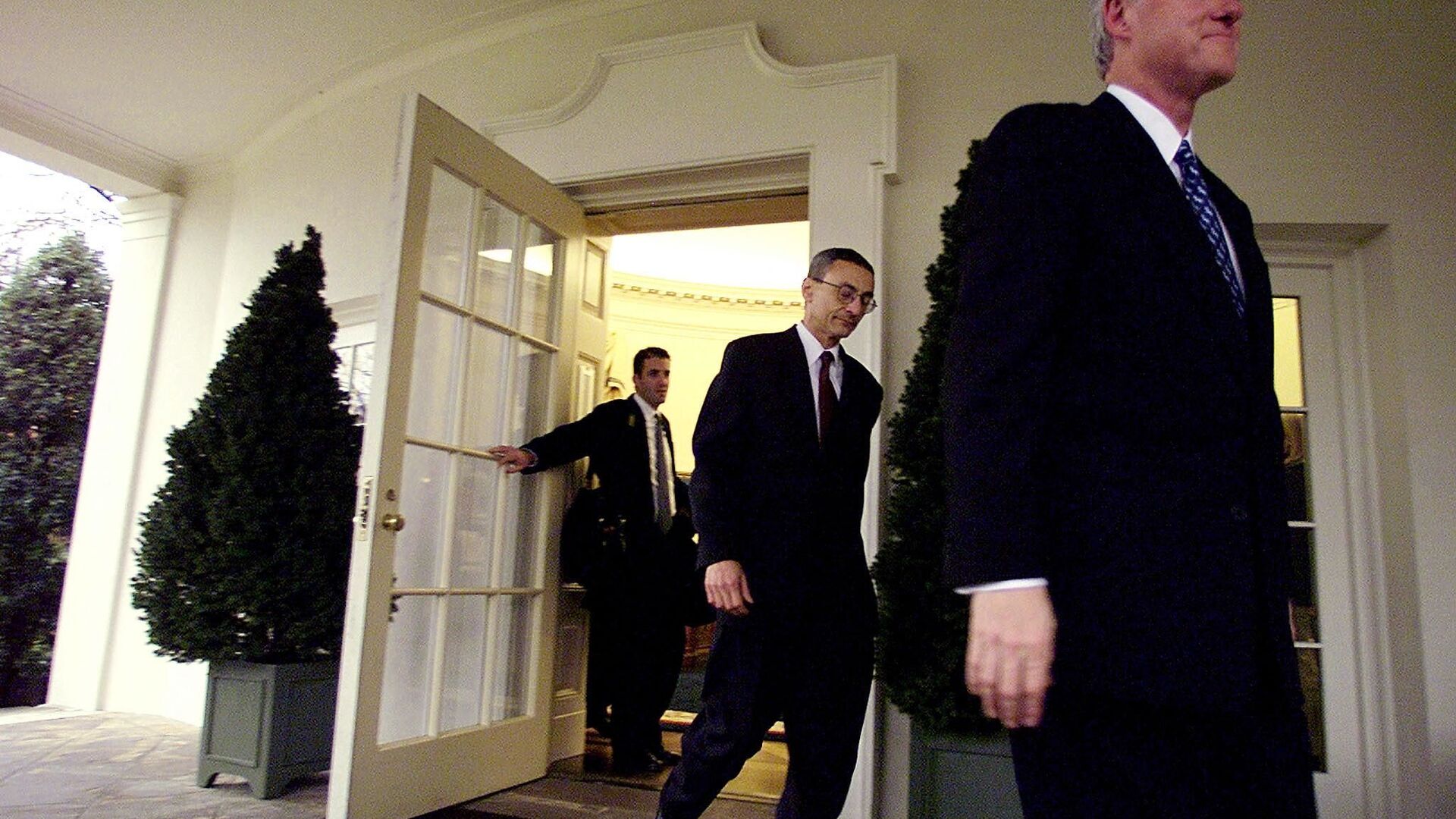 Ekaterina Blinova
All materialsWrite to the author
Doug Band, who started working as an unpaid intern in the White House Counsel’s office during Bill Clinton's first term, came to prominence as a key architect of his post-presidency. He was called an alleged mastermind behind the Clinton Global Initiative (CGI) – one of the Clinton Foundation's international projects.

"Starting in March 2015, I noted some concerns about Doug Band's activities and how these may further tarnish the Clinton brand," says Charles Ortel, a Wall Street analyst and investigative journalist, referring to collaboration between the Clinton Foundation and consultancy firm Teneo Holdings, co-founded by Band in 2010.

Though Teneo was a relative newcomer to "a crowded and fiercely competitive field" giving advice to top-tier companies, large multinationals lined up to buy the firm's services, notes the analyst, who believes that Band may have been selling access to the Clintons through Teneo.

In a December 2020 tell-all interview to Vanity Fair, Band explained that he and Bill Clinton agreed he would "remain involved" in the Clinton Global Initiative and pay the former president $2.5 million "to sit on Teneo’s advisory board." At that time, the Clintons' associates warned that this had created "too many conflicts of interest," according to Vanity Fair, since it coincided with Hillary's tenure as Barack Obama's secretary of state.

As Hillary Clinton announced her 2015/2016 election bid, Teneo's supposed "pay-to-play" scheme was brought into the spotlight again. In October 2015, WikiLeaks released a 13-page memo allegedly written by Band. The document detailed how he raised money for the Clinton Foundation from first-rate corporations that were Teneo clients, while "pressing many of those same donors to provide personal income to the former president," as The Washington Post described it.

"The memo seems to be a smoking gun in that it corroborates suspicions that various Clinton 'charities' functioned as clearinghouses where money was traded for influence and political favours in the guise of philanthropy," Ortel suggests.

Remarkably, Band severed all ties to the Clinton family even before Hillary's defeat in November 2016. Band and his former boss split in 2015, largely because of the feud with Bill Clinton's daughter Chelsea, according to VF. Having departed from the Clintons, Band "secretly met" with Secretary of State Mike Pompeo in September 2019 to discuss a potential job at the Trump administration "as the US government’s chief hostage negotiator."

On 2 December 2020, Vanity Fair released an interview with Band titled "Confessions of Clintonworld Exile," while on 8 December 2020 it was announced that Band had retired from Teneo Holdings. 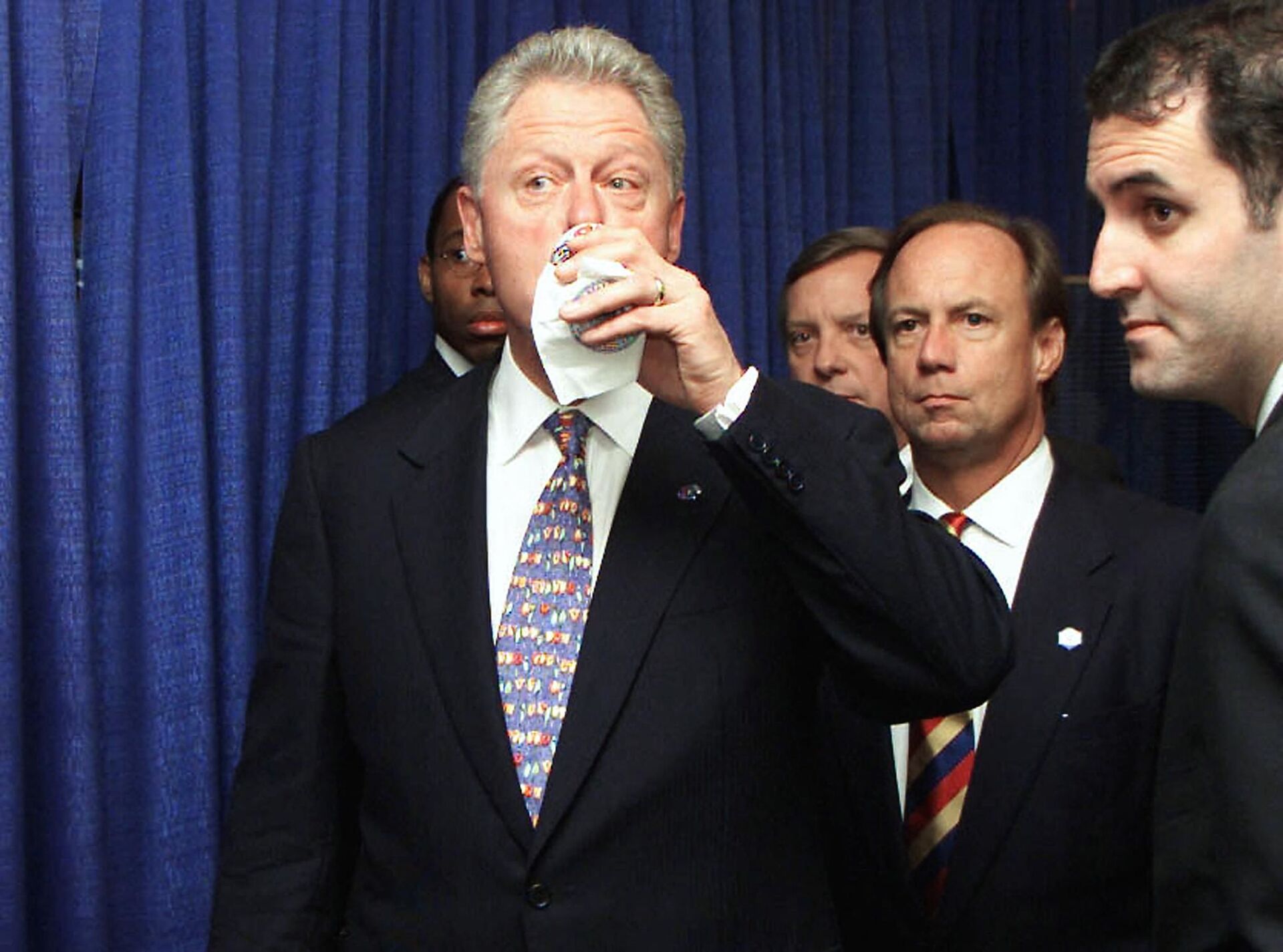 Ghislaine Maxwell, 59, a long-time associate of the late convicted sex abuser Jeffrey Epstein, was charged with enticement of minors, sex trafficking of children, and perjury and is awaiting trial in July 2021.

According to Vanity Fair, Band got acquainted with Epstein in September 2002, during Bill Clinton's humanitarian trip to Africa aboard the billionaire's infamous plane, dubbed the "Lolita Express.”

The former Clinton aide insisted that even despite having zero knowledge about Epstein's sex crimes, he had been trying to push the financier out of the former president's orbit since the 2002 Africa trip.

Nevertheless, this did not prevent him from showing up with Epstein's alleged "pimp," Ghislaine Maxwell, at Felix Rey's Valentine's Day Tea Party in New York City on 14 February 2007. This happened well after Palm Beach police had filed a probable cause affidavit stating that Epstein should be charged with four counts of unlawful sexual activity with a minor and a lewd and lascivious molestation count in May 2006.

"Band would be an excellent candidate to unscramble what really happened from 2001 onwards as purported Clinton 'charities' raised hundreds of millions of dollars, never explaining exactly where incoming funds went, or the many private gains derived by the Clinton family and insiders, including Band and his family," Ortel suggests.

The Wall Street analyst does not rule out that Vice President Kamala Harris and her progressive allies "might welcome a housecleaning of the Democratic Party targeting dynastic political families." To illustrate his point, he refers to New York Attorney General Letitia James' aggressive handling of nursing home and sex scandals involving Democratic Governor Andrew Cuomo who has long been regarded "untouchable.”