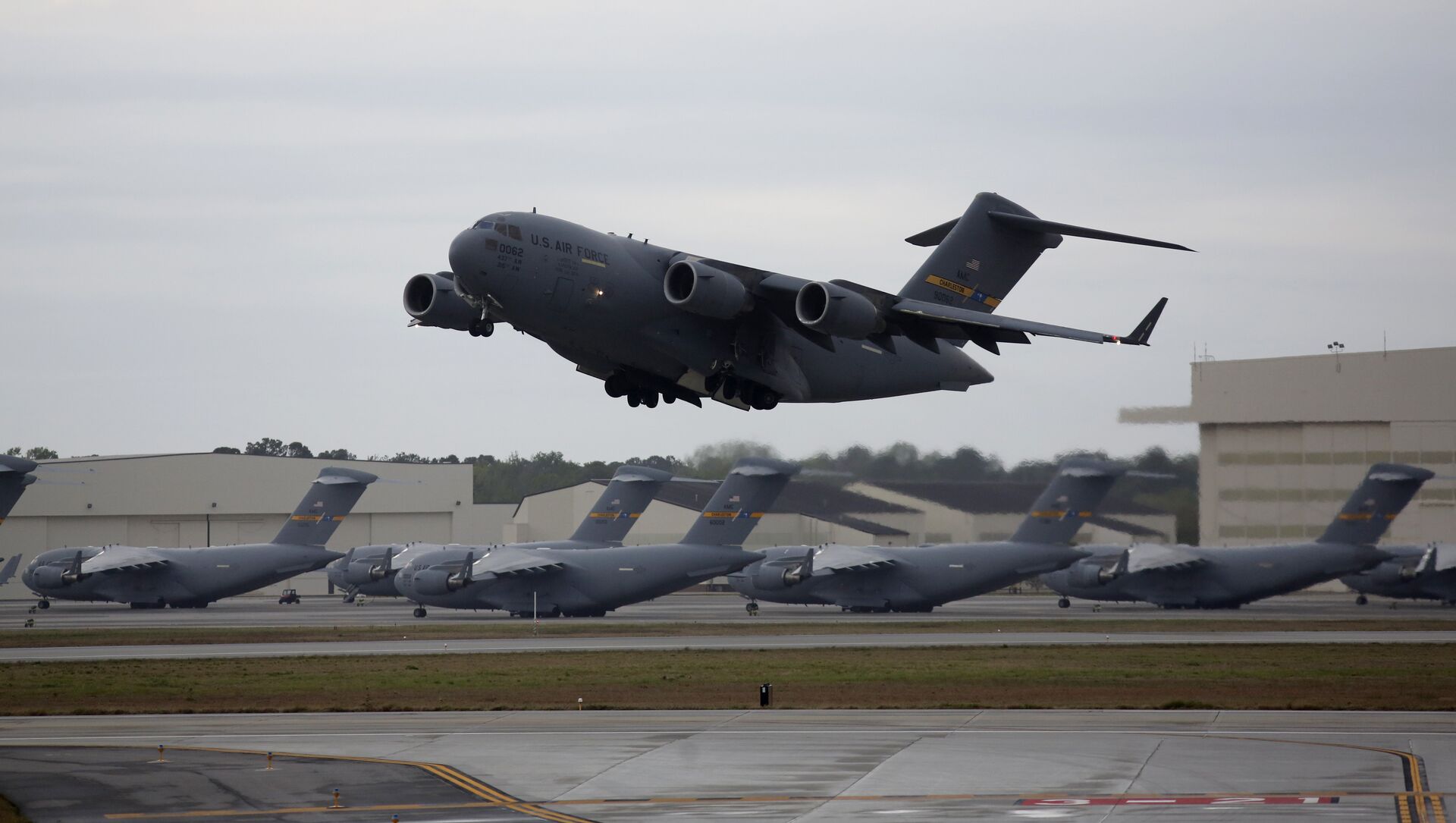 WASHINGTON, March 12 (Sputnik) - The US Air Force has received its first F-15EX fighter jet from Boeing and will soon begin testing the hypersonic-capable aircraft in Florida, Col. Sean Dorey said in a press release on Thursday.

“With its large weapons capacity, digital backbone, and open architecture, the F-15EX will be a key element of our tactical fighter fleet and complement 5th-generation assets. In addition, it’s capable of carrying hypersonic weapons, giving it a niche role in future near-peer conflicts,” Dorey elaborated.

Boeing's St. Louis facility delivered the aircraft on March 10, and the Air Force will begin testing it at Eglin Air Force Base in Florida, the release said.

A second F-15EX will arrive at Eglin Air Force Base by the end of April 2021, before six more are delivered in fiscal year 2023, the release also said.

The Air Force plans to acquire 144 F-15EXs as part of a broader effort to replace its aging F-15 fleet, the release added.

In July, the US Air Force and Boeing signed a $1.2 billion contract to build the first eight jets capable of carrying more weapons than any other fighter in its class and launching hypersonic weapons weighing up to 7,000 pounds [3.5 tons].