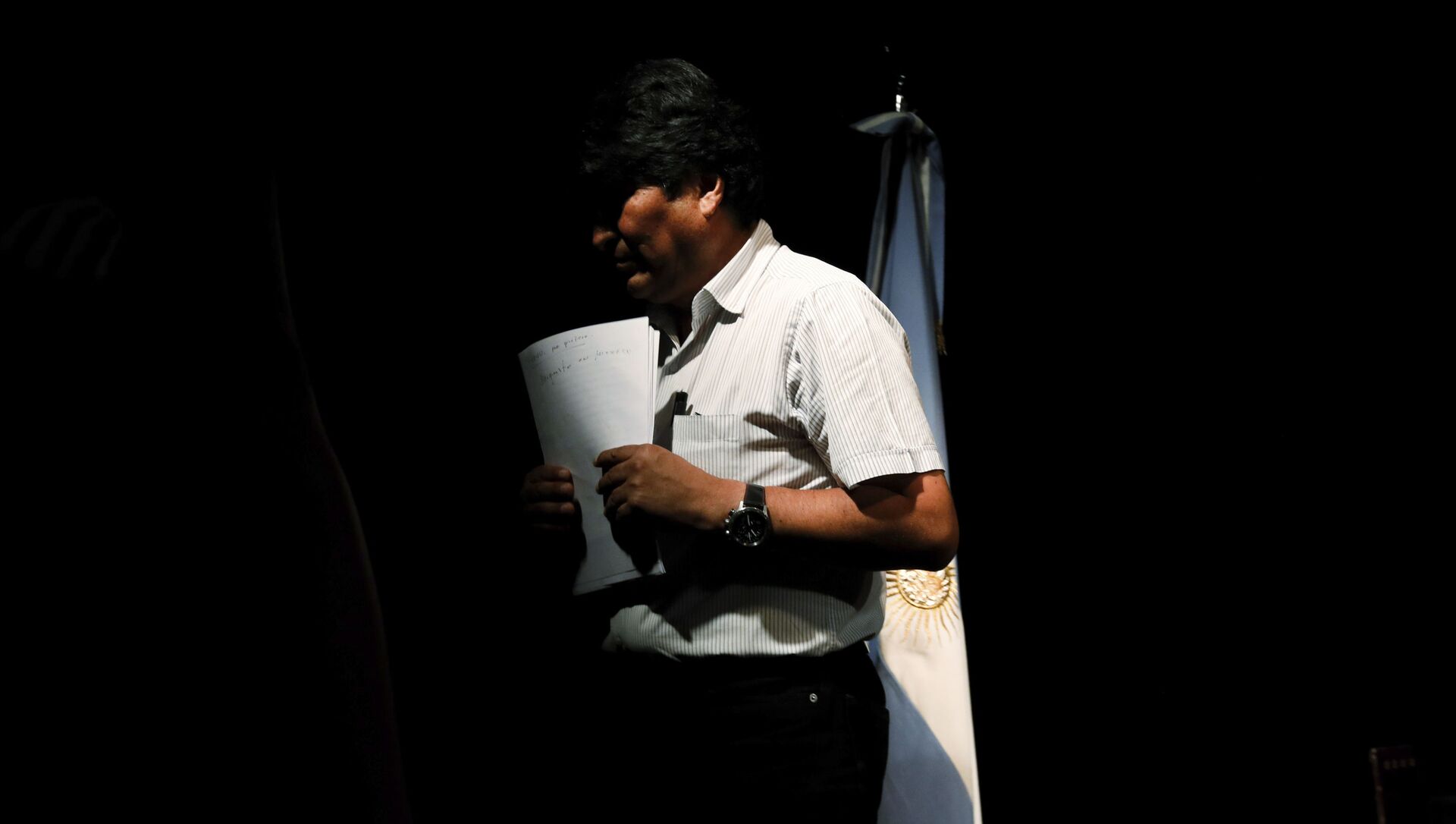 Daria Bedenko
All materialsWrite to the author
Allegations suggesting that the 2019 coup in Bolivia was organized to gain access to the country's rich lithium reserves are not new. When Tesla founder Elon Musk tweeted "We will coup whoever we want! Deal with it" last year, many, including Morales, saw the post as proof that the goal of the coup was to gain control of the lithium output.

The United Kingdom supported the 2019 coup in Bolivia to secure access to the country's massive lithium deposits for the sake of British companies, an investigative report by Declassified UK claims.

According to the findings, the UK Foreign Office and British Embassy appeared to have financed an optimisation of the "exploitation" of Bolivian lithium deposits by an Oxford-based company, Satellite Applications Catapult. The report outlined that the project rapidly moved on shortly after former Bolivian president Evo Morales was forced to resign.

According to the report, shortly after the Inter-American Development Bank (IADB) fully authorised the lithium project on 25 November 2019, the UK Foreign Office transferred £33,220 (some $46,000) to Satellite Applications Catapult, in a “programme spend” payment.

In March 2020, the UK Embassy then reportedly cooperated with the interim government's Ministry of Mining to organize an "international seminar" for over 300 officials from the global mining sector, in which a company called Watchman UK, a Foreign Office's partner, was brought in offer “creative solutions”  to get local indigenous communities to work in the mines.

Declassified UK described what it claims to be "a long courtship" by the UK toward the Morales socialist government over the country's lithium reserves. Particularly, the report outlined efforts to connect the so-called "lithium triangle" between Argentina, Chile and Bolivia with the London Metal Exchange.

"Relationship with the Bolivian Lithium Company might also prove relevant as Bolivia becomes a supplier of lithium [a critical material] to the UK”, and referenced its “effort to connect Bolivia, Chile and Argentina (ie the Lithium Triangle) with the London Metal Exchange”, the UK government said on the efforts, according to the report. 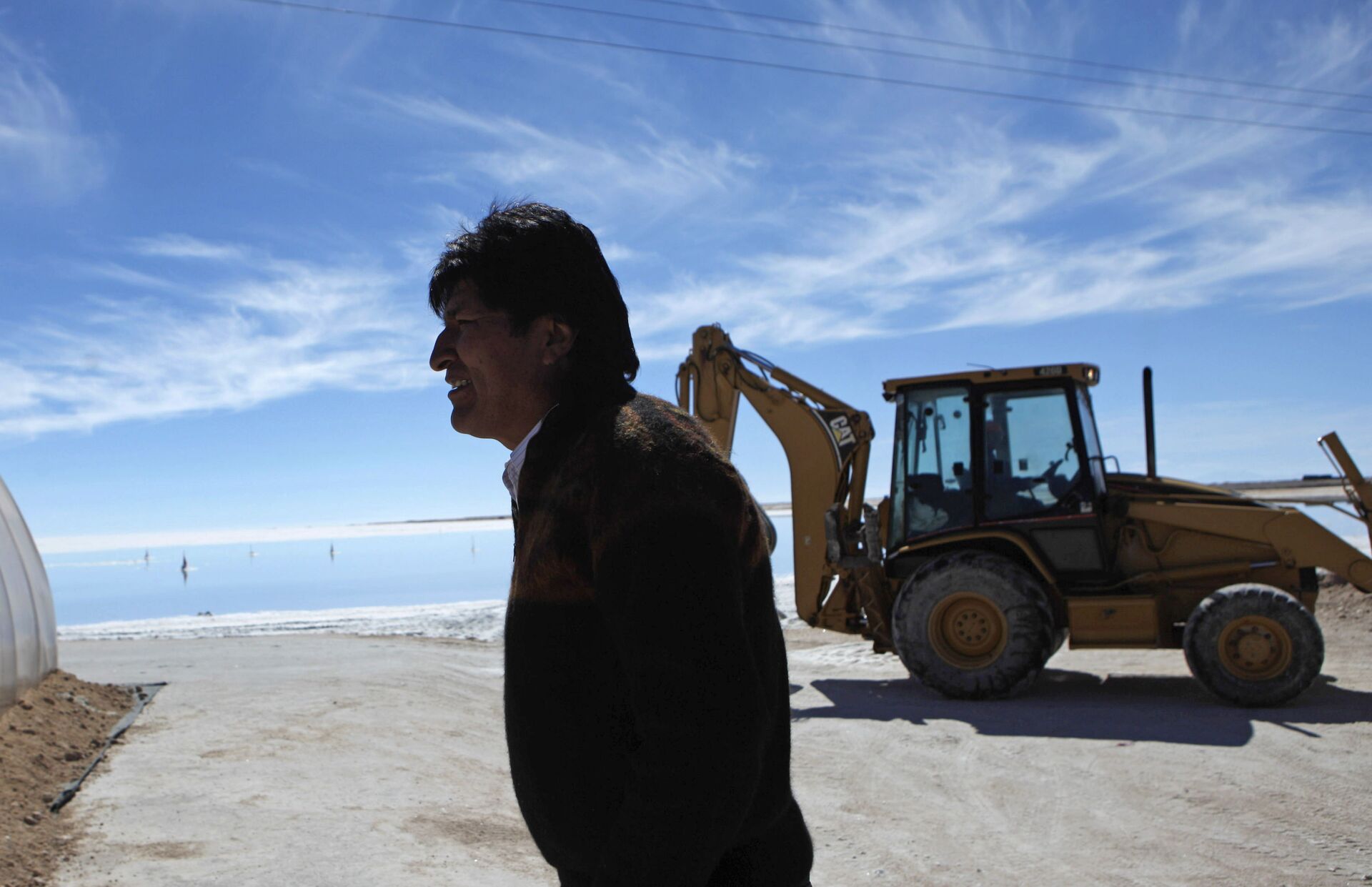 Bolivia's President Evo Morales tours a semi-industrial plant to produce potassium chloride, used to manufacture batteries based on lithium, after its opening ceremony at the Uyuni salt desert, outskirts of Llipi, Bolivia, Thursday, Aug. 9, 2012. The salt flats of Uyuni have triggered international interest among energy companies due to its lithium reserves.
© AP Photo / Juan Karita

Declassified UK laid out a timeline of the UK government allegedly pushing its cybersecurity efforts and investments in Bolivia over years, claiming that London brought into the country a company founded by the UK intelligence community, and "with close links to America’s Central Intelligence Agency (CIA)".

Months before the 2019 coup, the UK reportedly financed a “major event” in La Paz on cybersecurity for financial institutions, bringing Darktrace, the company allegedly set up by MI5 and its signals intelligence agency, GCHQ, to deliver presentations on "adequate and state-of-the-art technology” to be used by Bolivian banks against cyber crime.

The outlet claimed that the UK facilitated data for an Organisation of American States (OAS) report on the 2019 election in Bolivia, in which claims of electoral fraud during the vote were raised. Later, according to Declassified UK, this report was debunked by independent researchers who referred to data obtained by The New York Times from the Bolivian electoral authorities.

After the coup took place in Bolivia in November 2019, prompting Evo Morales to step down as president, the British Foreign Office released a supportive statement for a new interim government led by Jeanine Áñez - who later made way for Luis Arce to become president after a 2020 general election.

"The United Kingdom congratulates Jeanine Áñez on taking on her new responsibilities as interim President of Bolivia. We welcome Ms Áñez’ appointment and her declared intention to hold elections soon", the UK Foreign Office stated at the time.

Not everyone in the UK appeared to agree with this position, with Jeremy Corbyn, the Labour leader at the time, condemning "this coup against the Bolivian people and [stands] with them for democracy, social justice and independence.” 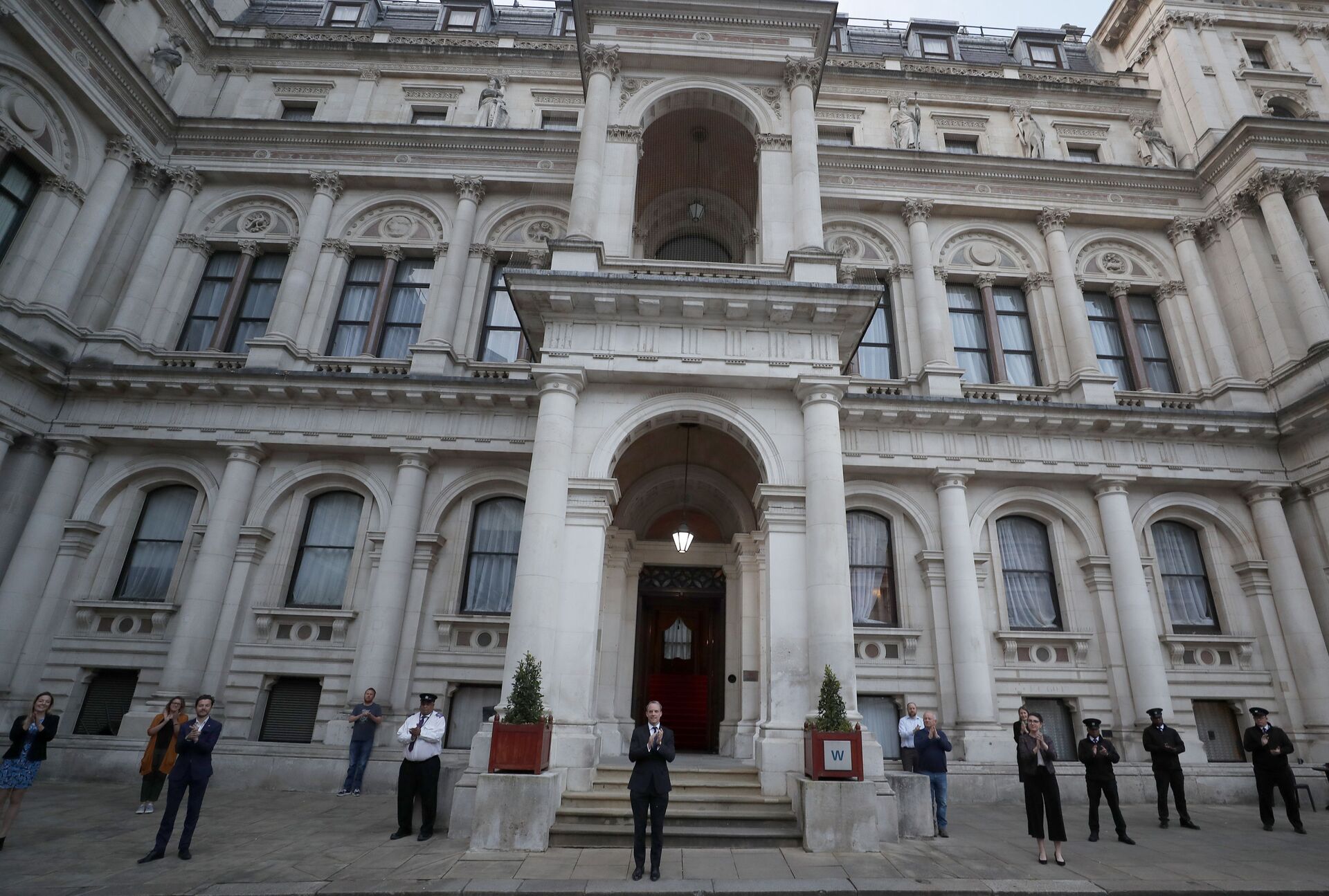 Foreign Secretary Dominic Raab immediately took to Twitter to refute Corbyn, referring to the "systemic flaws" of the 2019 election and protesters who were "striking on an unprecedented scale".

"But @jeremycorbyn puts Marxist solidarity ahead of democracy", he suggested.

Four months after Morales was overthrown, then-ambassador Jeff Glekin praised the political changes in Bolivia and elaborated on the British interests in the country.

“Many are looking for new markets in the world and Bolivia can be an opportunity to grow,” he said at the time. “Due to the political changes in Bolivia, a more open environment for foreign investment is perceived and I believe that this will open new doors to companies that want to share their technology, their products and make alliances with different companies.”

He urged La Paz to "take advantage" of the opportunity of the growing demand for lithium, noting how the previous government "was not very in favour of foreign investment".

Was It About Lithium?

The November 2019 coup prompted the resignation of Evo Morales based on allegations of election fraud - something that the former Bolivian president was ready to look into, and he suggested additional checks into the election results if misconduct was proven.

“It was a national and international coup d’état. Industrialised countries don’t want competition", he said, suggesting that lithium was the real reason for the coup. “I’m absolutely convinced it’s a coup against lithium.”

Allegations that the coup was organized to gain access to Bolivian lithium emerged later several times, particularly after SpaceX and Tesla founder Elon Musk tweeted in 2020 the phrase "We will coup whoever we want! Deal with it".

Netizens criticised his rhetoric and, joined by Morales himself, expressed belief that Musk's words proved the lithium-related reasons for the 2019 coup.