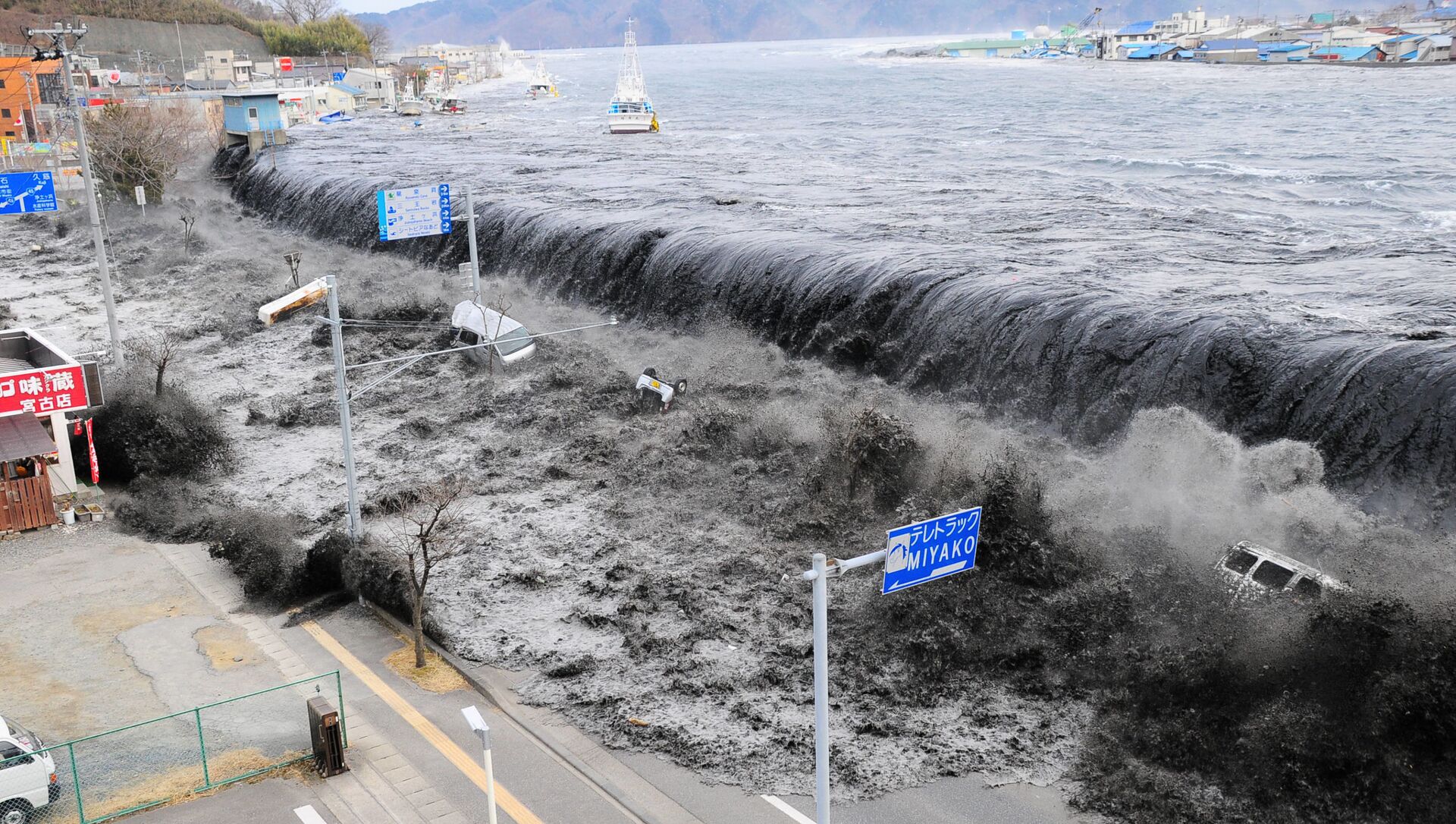 © AP Photo / Tomohiko Kano
Subscribe
Chris Summers
All materialsWrite to the author
At around 2.46pm local time on 11 March 2011 an earthquake measuring 9.0 on the Richter scale strikes off the east coast of the main Japanese island, Honshu. A tsunami up to 40 metres tall then slammed into the north-east coast, killing 16,000 people and threatening a major nuclear disaster.

This week Japan marks the 10th anniversary of one of the most traumatic events in its history - the Tōhoku tsunami, which devastated a huge swathe of eastern Japan.

Three nuclear reactors at Fukushima Daiichi power station melted down in the worst disaster of its kind since Chernobyl in 1986.

In the immediate aftermath of the incident the Japanese government reacted to the scare by announcing plans to phase out nuclear power.

​But Japan is a nation which is well used to earthquakes and the word tsunami itself is Japanese in origin, translating as "harbour wave", so what went wrong?

Dr Jonathan Cobb, senior communication manager for the World Nuclear Association, explained: "The Japanese nuclear industry was aware of the risks. Reactors in Japan had been designed to be resistant to the earthquakes that happen in the region. Where the preparation failed at the Fukushima plants was in underestimating the scale of the tsunami, the defensive sea wall was not high enough to protect the plant. This was a failing not only at Fukushima Daiichi, but across the north-eastern coast, where flood defences and emergency plans proved ineffective against the tsunami." 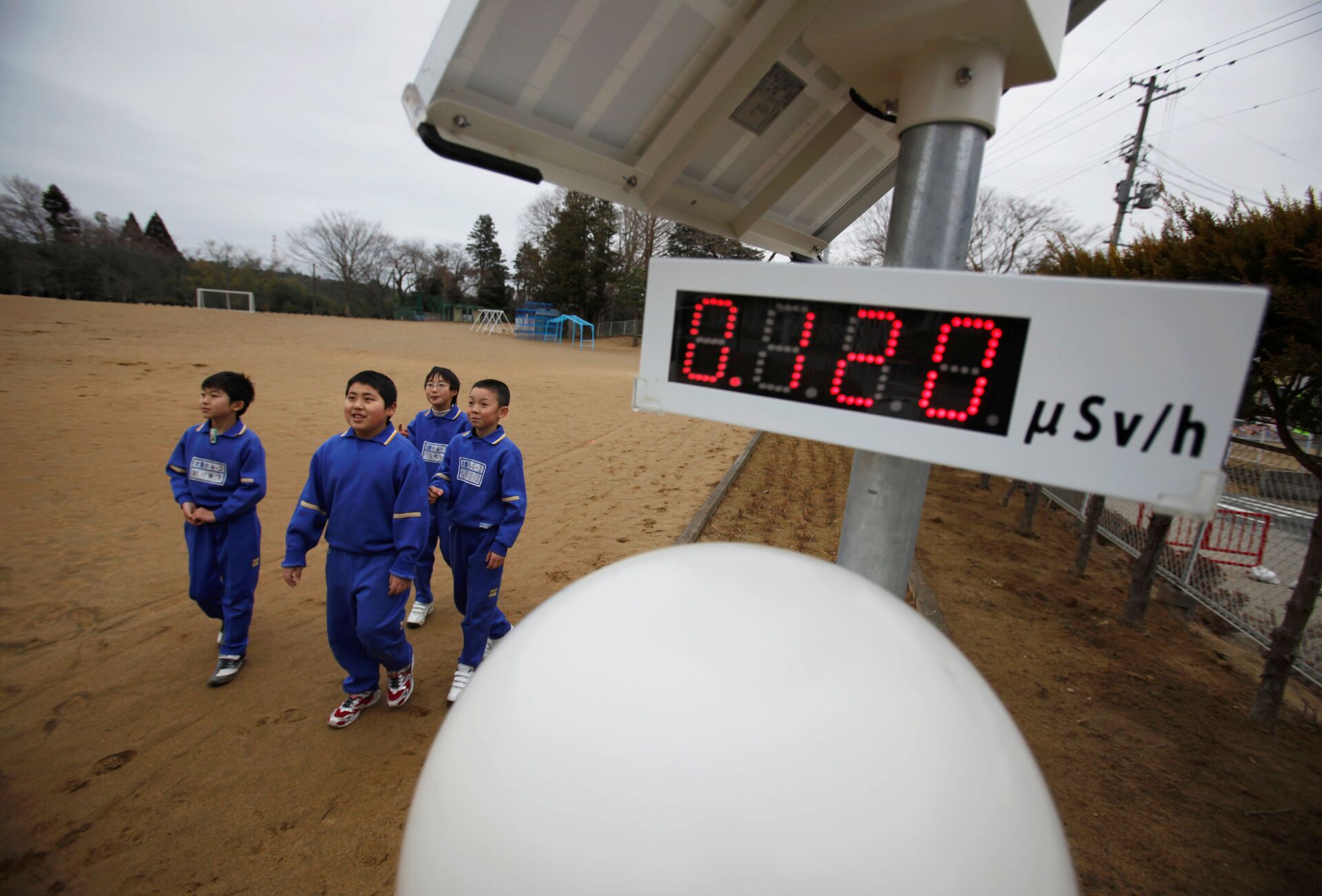 Dr Cobb said the tsunami knocked out three diesel generators providing back-up power at Fukushima Daiichi and added: “Without power the plant operators could not operate the cooling systems and it was this that led to the considerable damage to the reactors. By way of contrast, the Onagawa plant, to the northeast of Sendai, faced an even larger tsunami wave, but suffered only minor damage, because it was built with higher sea defences.”

The tsunami hit the prefecturates of Iwate, Miyagi, Ibaraki and Fukushima, just before 3pm on 10 March 2011 and at around 7.30pm the Prime Minister, Naoto Kan, declared "nuclear emergency status" and at 10pm the government began evacuating people living within three kilometres of Fukushima Daiichi.

​Another nuclear power station, Fukushima Daini, survived because the height of the tsunami there was only nine metres, compared to 14 metres at Daiichi, and workers were able to shut it down safely.

Earlier this month the operator of Fukushima Daiichi, Tepco, said it had finally removed spent uranium fuel rods from the fuel pool at the damaged Number Three reactor.

​The operation lasted almost two years and followed the removal of more than 1,300 fuel rods from Number Four reactor fuel pool, which was completed in 2014.

According to Japan’s Nuclear and Industrial Safety Agency 770 petabecquerels (PBq) of radioactivity was released, which is around 15 percent of the radioactivity released from Chernobyl.

Dr Cobb said: "Because radioactive isotopes can be detected at extremely low levels, far below those that would have any impact on human health, it has been possible to trace minute amounts of radioactivity over long distances, but the most significantly impacted area was the region up to 30 kilometres to the northwest of the plant, where prevailing winds blew radioactive material." 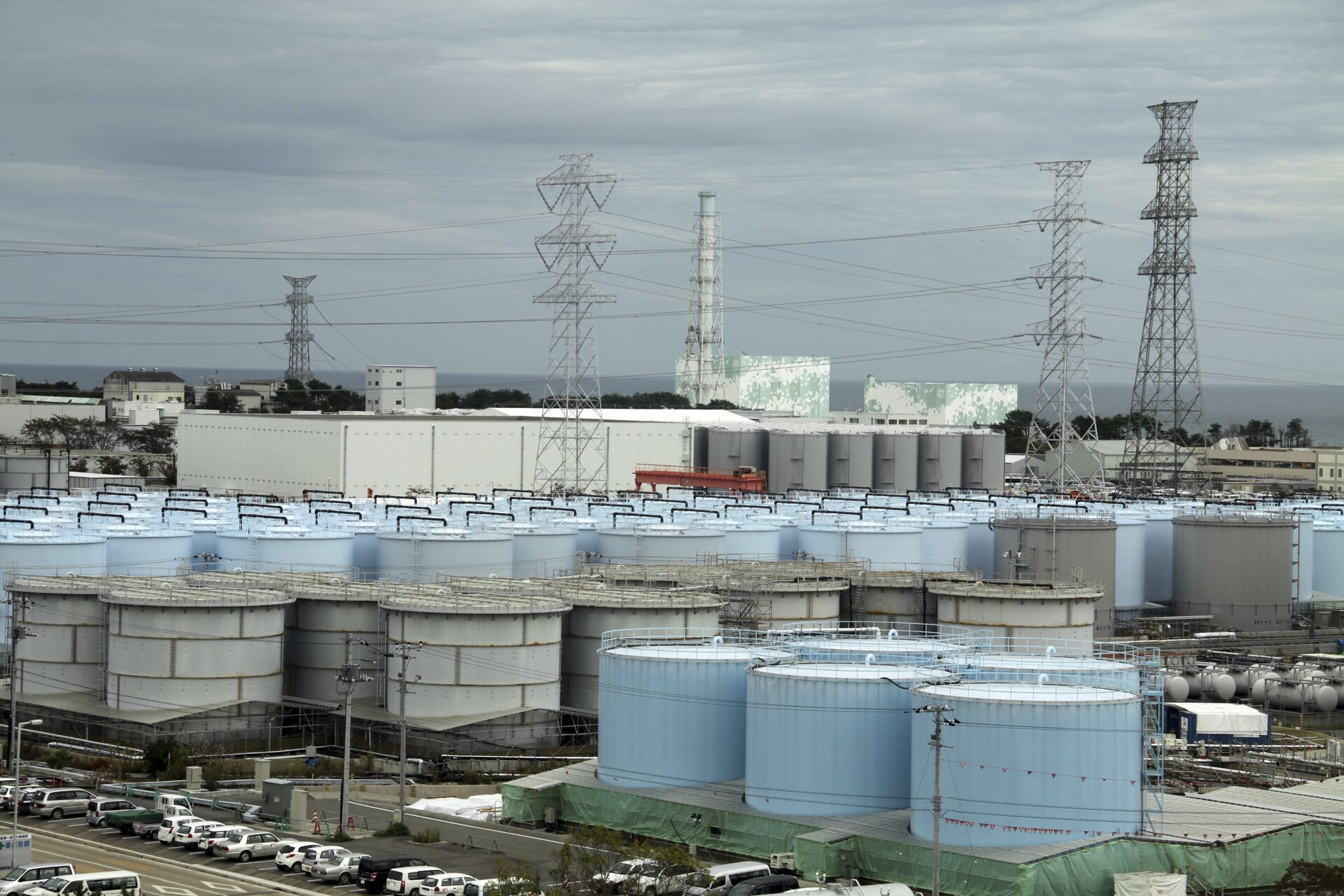 In this Oct. 12, 2017, photo, ever-growing amount of contaminated, treated but still slightly radioactive, water at the wrecked Fukushima Dai-ichi nuclear plant is stored in about 900 huge tanks, including those seen in this photo taken during a plant tour at Fukushima Daiichi Nuclear Power Plant in Okuma, Fukushima Prefecture, northeast of Tokyo
© AP Photo / Pablo M. Diez/Pool

Unlike Chernobyl, where hundreds of workers and firefighters were exposed to high levels of radiation, at Fukushima there were no cases of Acute Radiation Syndrome (ARS) and not a single employee died from exposure to radiation.

Of the 160,000 people who were evacuated in Fukushima Prefecture only 40,000 have not been allowed to return to their homes.

​In the wake of the accident at Fukushima governments and regulators around the world carried out “stress tests” to see how they could minimise the risk of such an incident.

"Existing units have been hardened against extreme external events and new reactor designs have incorporated these systems," said Dr Cobb.

He said: "While the accident at Fukushima Daiichi has proved costly and the evacuation has disrupted many, the fact remains that there are not expected to be any observable health effects from the radiation released during or since, for what has been the second most severe accident in the history of nuclear energy."

So what happened to the Japanese government’s promise to phase out nuclear energy?

Naoto Kan, the prime minister who made that pledge, resigned in August 2011 and his Democratic Party of Japan lost the 2012 general election. 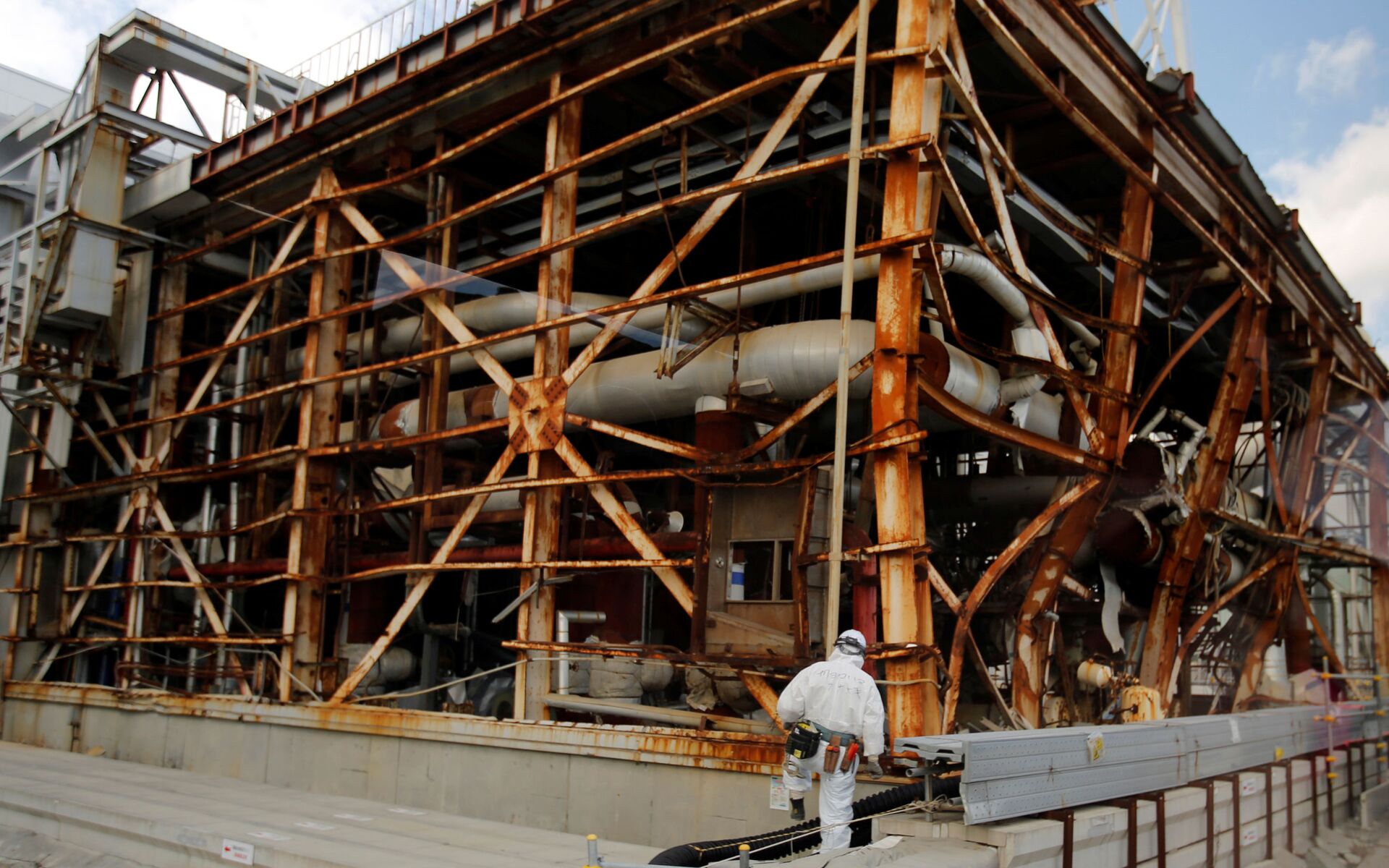 The Liberal Democrat Party - who have ruled Japan for the majority of the 75 years since the end of the war - soon shelved plans to phase out nuclear energy by 2040.

Japan has no oil or gas of its own and has closed down its remaining coal mines.

In 2016 the then Prime Minister Shinzo Abe said: "Our resource-poor country cannot do without nuclear power to secure the stability of energy supply while considering what makes economic sense and the issue of climate change."

But in September 2019, in his first press conference after being appointed as environment minister Shinjiro Koizumi was quoted as saying Japan needed to wean itself off nuclear energy and added: “We will be doomed if we let nuclear accidents recur.”

​Koizumi - whose father Junichiro is a former prime minister - said: "I would like to study how we will scrap them, not how to retain them."

Four months later COVID-19 arrived in Japan and the country was forced to postpone the Tokyo Olympics amid the pandemic.

So Koizumi's plans to speed up the closure of Japan’s nuclear power stations have been put on the backburner.

In the meantime nuclear reactors are starting up again.

Dr Cobb said: "The regulatory requirements to operate nuclear reactors in Japan have been strengthened significantly. It has set the goal of nuclear supplying around 20-22 percent of electricity by 2030. This will require the restart of almost all the reactors that are still going through the approval process to restart operations. There are also two reactors that were under construction at the time of the Fukushima Daiichi accident that should also start up."

000000
Popular comments
Understand that the Best Energy Source This Planet has and - IS - The Ocean Waters. Hence, lots of trade jobs for all nations. Check out the following title on YouTube: Many Ways To Make Electricity From Ocean Kinetic Wave Energy - Zero Emissions. --- 2nd YouTube: Batteries from Sand. And that makes me question sea-salt mixed with desert sand = manufactured beach sand? --- 3rd YouTube: Bloom Box Energy Secret Revealed! [HD]. ---- 4th YouTube: News clip World Premiere of the new QUANT e Sportlimousine.
OUTLANDER1968
11 March, 09:12 GMT
000000
This catastrophic source of electricity is certainly one of the stupidest ideas human beings have ever dreamed up. These poisonous bombs threaten the entire world, even more than the greedy lunatics who promote the usa so-called defence industry. They should be retired and disabled with no possibility of restarting. The Japanese are smart people, they could develop solar, tidal, wind, and other forms of energy that if they break down do not destroy the country and poison the rest of the world. Russia too. What are these boys thinking? :-(