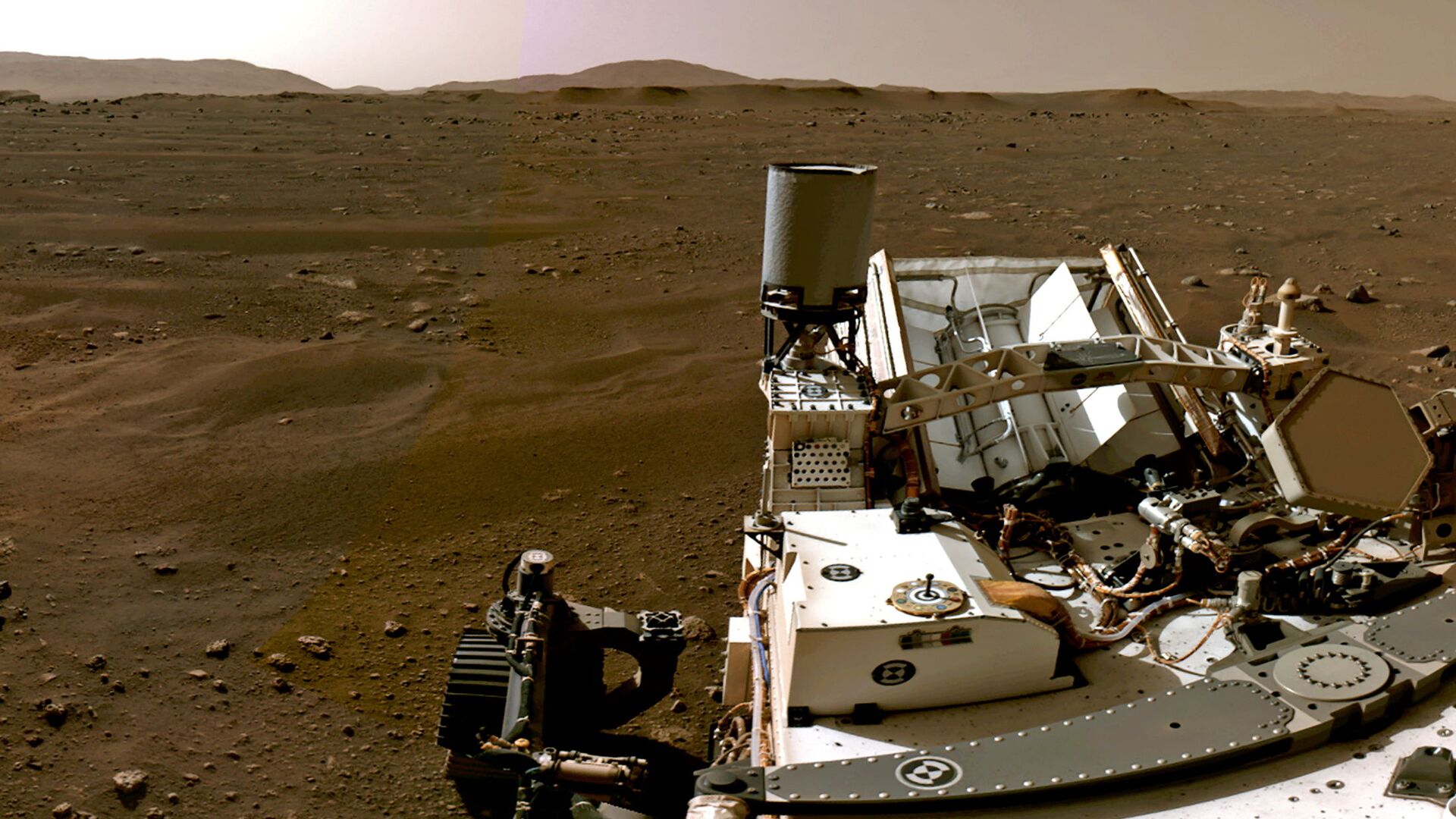 Alexandra Kashirina
All materialsWrite to the author
NASA’s exploratory rover Perseverance successfully landed on the red planet on 18 February. The machine, the size of a car, is staffed with seven scientific instruments to study Mars’ surface, including several cameras, two microphones and a separate unmanned aerial vehicle to help the rover discover new locations for study.

On Wednesday, for the first time, NASA released acoustic recordings from the red planet, made by Perseverance. 30 laser “impacts,” fired by rover’s SuperCam special tool, on a rock target, are heard in the records with different levels of intensity.

According to NASA, this recording was made “on February 19, 2021, just about 18 hours after landing on the mission's first sol or Martian day." The recording is muffled and the agency explained that “the rover's mast, holding the microphone, was still stowed on Perseverance's deck.”

"Variations in the intensity of the zapping sounds will provide information on the physical structure of the targets, such as its relative hardness or the presence of weathering coatings," the agency wrote.

Apart from the shots, a sound of Martian wind blowing can be heard.

🔊 You’re listening to the first audio recordings of laser strikes on Mars. These rhythmic tapping sounds heard by the microphone on my SuperCam instrument have different intensities that can help my team figure out the structure of the rocks around me. https://t.co/nfWyOyfhNy

Perseverance successfully touched down on Mars on 18 February, the fifth Mars rover launched by NASA. The machine was sent to find traces of microbial life at the Jezero crater area as scientists believe that Mars could have been hospitable to life millions of years ago.

Perseverance has sent a number of captivating HD panoramic images of the planet’s desolate landscape. NASA has posted video of rover’s landing with original sound from the red planet.

Earlier, netizens revealed a hidden message, saying "Dare Mighty Things," inscribed on the parachute that helped the rover land on Mars. Later, a scientist from the Perseverance team, Allen Chen, confirmed the message and noted that NASA engineers seek to “inspire others.”

China also launched a probe, Tianwen-1, that successfully entered a Mars orbit on 24 February. The machine is expected to land on Mars in May-June.