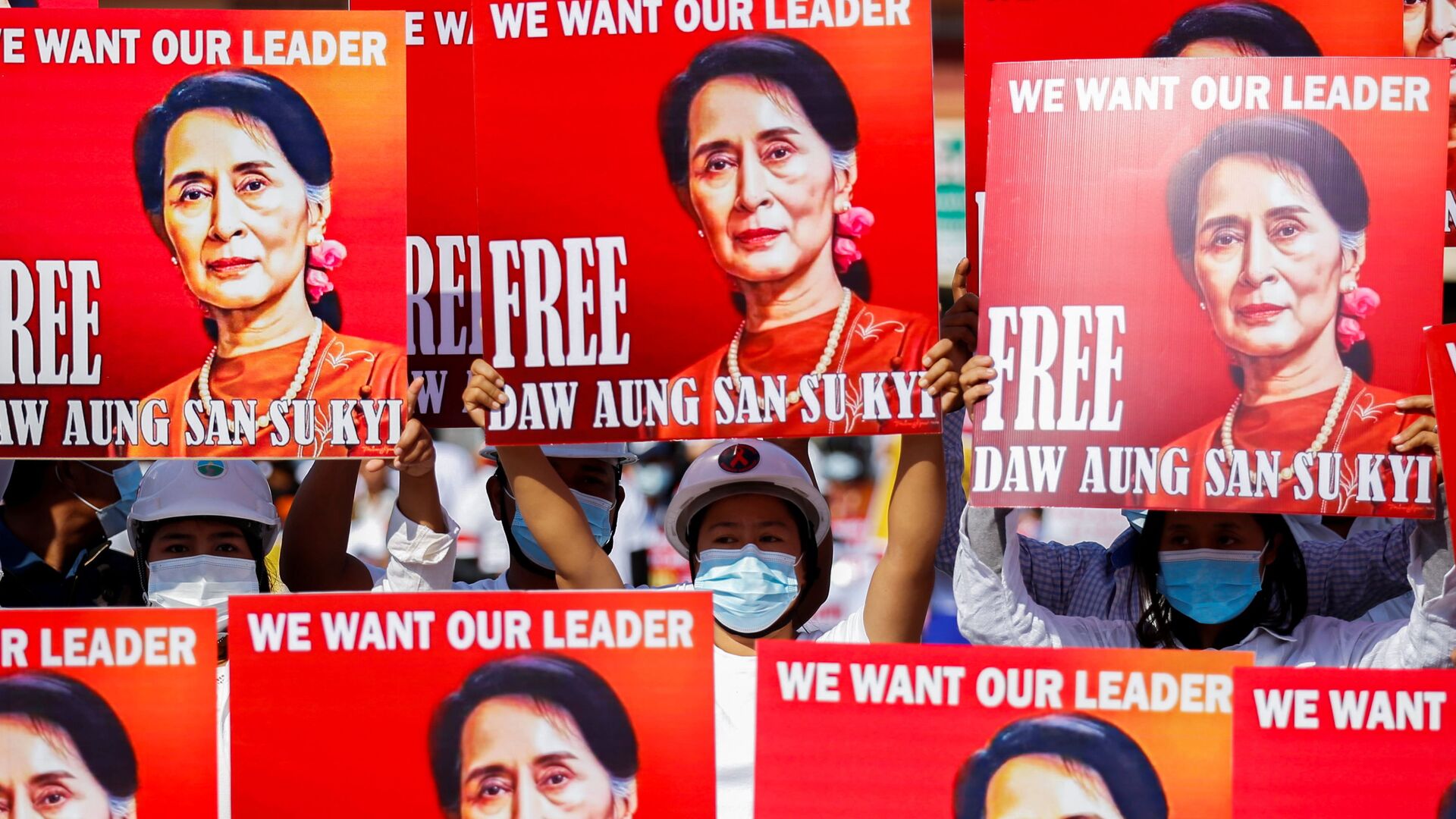 Arty Katkov
All materialsWrite to the author
Last week, the UN envoy for Myanmar urged the Security Council to take action against the military for killing protesters, saying that a "real war" was possible in the country.

Detained Myanmar leader Aung San Suu Kyi was accused by the military on Thursday of accepting a $600,000 illegal payment and more than 11 kg of gold.

"We have learned Daw Aung San Suu Kyi herself took this $600,000 and seven visses (11.2 kilograms) of gold. The anti-corruption commission is investigating," the military's spokesman Zaw Min Tun told reporters in the capital Naypyidaw.

Min Aung Hlaing, the country’s military leader, said in a televised address to the nation later in February that the election commission used the COVID-19 pandemic as an excuse to prevent fair campaigning ahead of the general election last year.

Over the last few years, the civil government and Myanmar military have clashed over several issues such as the 2017 Rohingya crisis and enshrined military prerogatives granted by Myanmar’s 2008 constitution.

Mass protests have been ongoing across the nation since then, while the United Nations expressed its concern over "the use of disproportionate force" against anti-coup demonstrators. The UN said the military's actions against the protesters have left at least 67 people dead since the junta came to power.