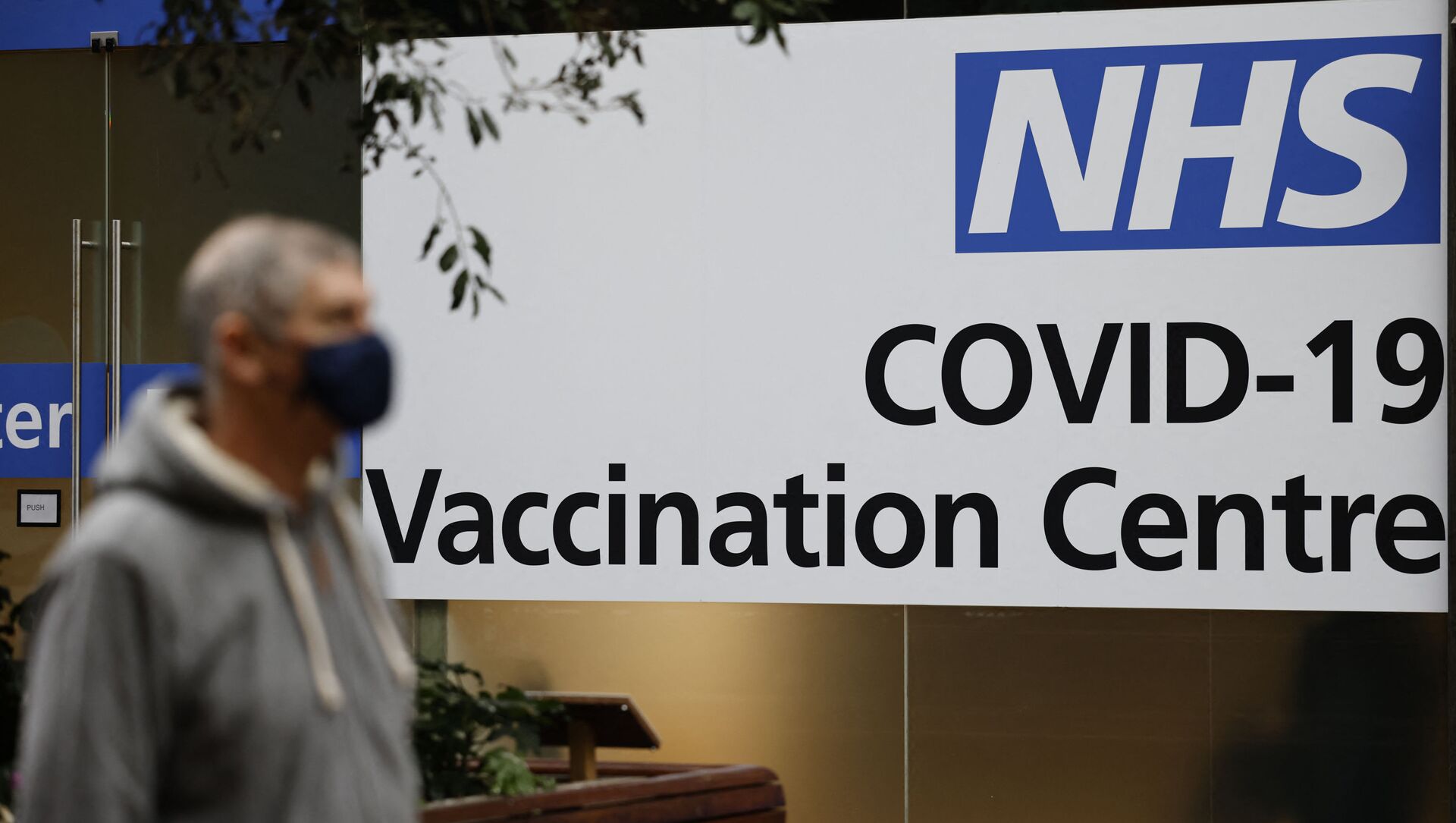 “He’s had the opportunity to change course, but he’s refused,” said the leader of the UK opposition, amid a chorus of angry voices that has been expressing outrage at the meagre offer.

​Though continually praising the heroic efforts and dedication of the NHS, the Prime Minister, who himself contracted the respiratory disease last year, has repeatedly insisted that a 1 percent rise for NHS staff is "the most" the government can afford because of the economic cost of the COVID-19 crisis.

Spea0king at Prime Minister's Questions, the Labour leader denounced Johnson as having "clapped for carers" during the pandemic and then "shut the door in their face at the first opportunity". Starmer insisted that average pay for nurses had plummeted by more than £800 since 2010.

"He could afford to give Dominic Cummings a 40 percent pay rise, he could afford that, now he is asking NHS nurses to take a real-terms pay cut… How on Earth does he justify that?" stormed Starmer.

Johnson’s critics have unfailingly brought up the issue of the £37Bln of budget allocation lavished on the botched Test and Trace system.

Contact tracing was once advertised as the centrepiece of the government’s strategy for managing the pandemic, yet failed to prevent repeated COVID lockdowns.

As he laid out his case, the opposition leader referred to reports of the government's investment in a new TV studio in Downing Street, as well as Johnson having ostensibly refurbished the flat he shares with fiancee Carrie Symonds.

We can see clearly what the Conservative Party now stands for: cutting pay for nurses and putting taxes up for families.

The Government now must give MPs the chance to give nurses a pay rise. pic.twitter.com/eR3DSk3JqJ

"There are currently 40,000 nursing vacancies and 7,000 doctors vacancies. How on Earth does he think a pay cut will solve that? Frankly, I'd take the prime minister a bit more seriously if he hadn't spent £2.6Mln of taxpayers' money on a Downing Street TV studio or £200,000 on new wallpaper for his flat. They say charity begins at home but I think the prime minister is taking it a bit too literally," the leader of the UK Labour Party added.

Starmer accused the prime minister of having reneged on his earlier vow that the "NHS wouldn't pay the price for this pandemic". 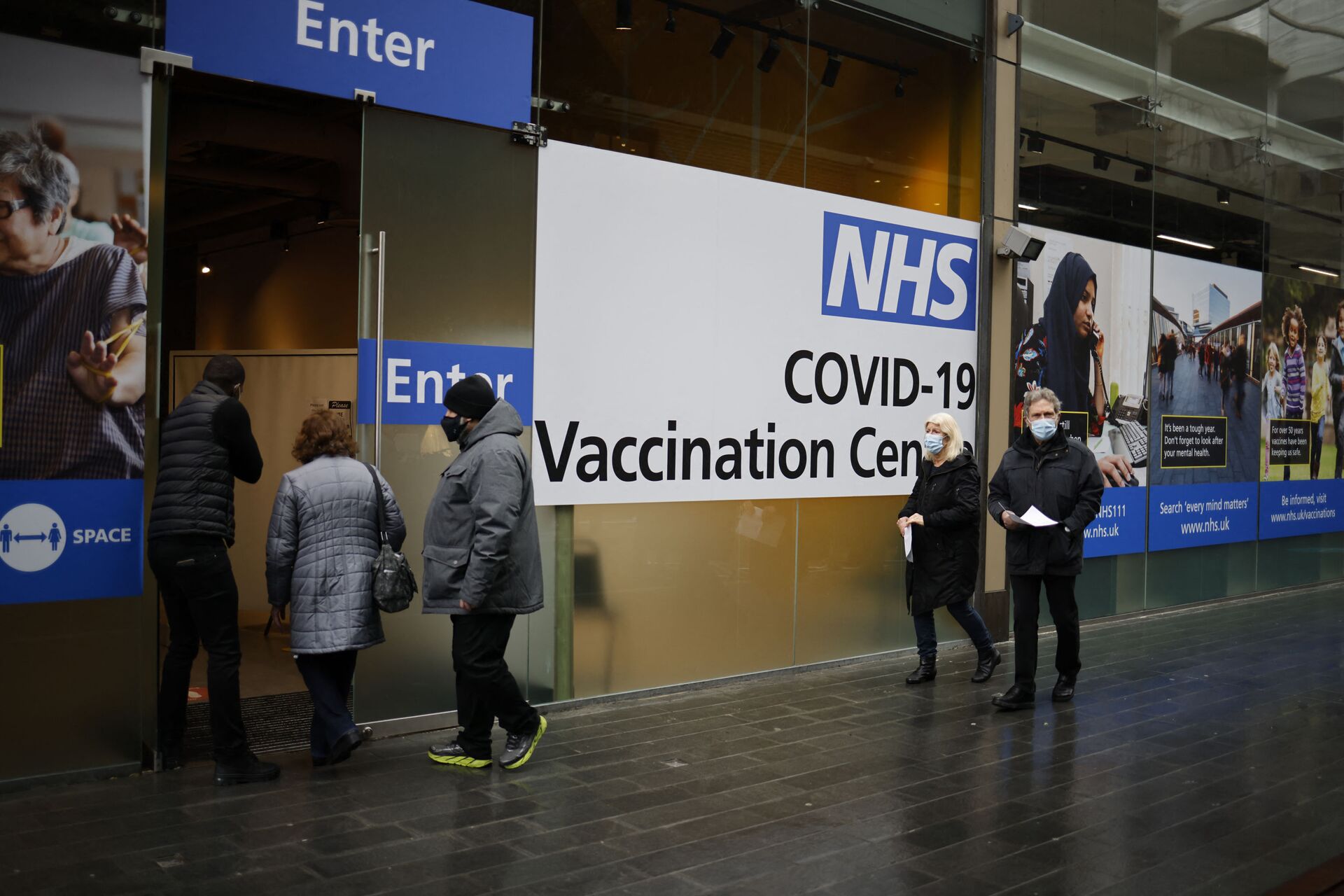 People queue to enter an NHS Covid-19 vaccination centre in Westfield Stratford City shopping centre in east London on February 15, 2021 as Britain's largest ever vaccination programme continues. - Prime Minister Boris Johnson called Britain hitting a target of inoculating 15 million of the most vulnerable people with a first coronavirus jab "a significant milestone", as the country prepared for the next phase of its vaccination programme. (Photo by Tolga Akmen / AFP)
© AFP 2021 / TOLGA AKMEN

Johnson was urged to "show courage" and allow a vote on the issue of NHS pay in the House of Commons.

Fending off the accusations, Boris Johnson once again acknowledged that the public "owe a massive debt" to NHS staff.

"What the public knows is that we're increasing starting pay for nurses by 12.8 percent over the past three years. They know that this government in the past year has put another £5,000 bursary into the pockets of nurses because we support them as well as the £3,000 extra for training," responded the Prime Minister.

Johnson suggested that a 1 percent pay offer to nurses, which will reportedly cost around £500Mln, was not yet a done deal, adding:

"And, of course, it's very important that the public sector pay review body should come back with its proposals and we will of course study them.”

Previously, Saffron Cordery, the deputy head of NHS Providers, called the offer of a 1 percent rise "disappointing", adding that "the assumption was that the 2021/22 NHS pay rise would be 2.1 percent - and that this was covered by the NHS revenue settlement announced by [then-Prime Minister] Theresa May in June 2018".

Thousands of people have also written to the PM to demand an increase to the pay rise. A doorstep “slow hand clap” is expected across the UK at 8pm on Thursday to protest against the paltry increase, reported Sky News.

Head of health at trade union UNISON, Sara Gorton, was cited as saying:

“The Government has shown [nurses] zero respect for keeping the NHS on its feet. Now let’s give health staff our support this evening by showing exactly what we all think of its 1 percent proposal.”