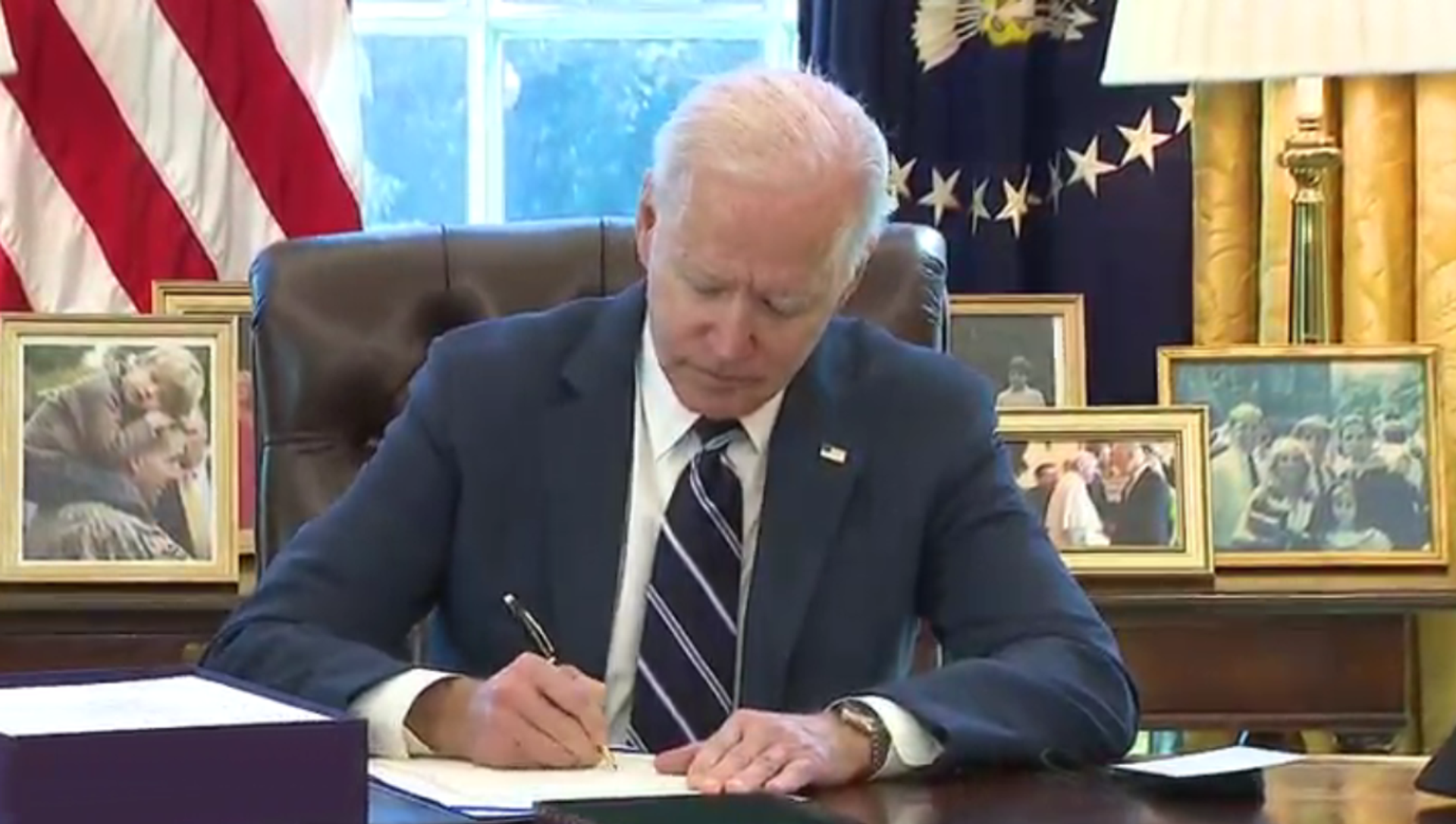 Speaking in the Oval Office immediately prior to signing the bill, Biden said its contents were "immediately reflective" of the input of Democrats, Republicans, and the American people.

"I believe this is - and most people do I think as well - this historic legislation is about rebuilding the backbone of this country and giving the people of this nation - working people, middle-class folks, people who built the country - a fighting chance," Biden said. "That's what the essence of it is."

He noted that beginning on Thursday night and through the coming days, he would be promoting various aspects of the bill and explaining them to the American public.

The House gave final approval to the huge spending bill on Wednesday, passing it in a vote nearly along party lines. The act provides funding for a slew of programs ranging from COVID-19 vaccination programs and making schools safer for reopening to bolstering the Supplemental Nutritional Assistance Program (SNAP) and sending direct cash payments to families.

The White House said on Wednesday Biden would appoint someone to oversee implementation of the bill, but no announcement has yet been made on who that will be.

US stock market indices saw big gains this week, including on Thursday, on news that most Americans would have as much as $1,400 in spending money in the coming days thanks to the bill. However, that number has also been criticized for being much lower than the $2,000 Biden and many of his supporters initially promised would be coming. Biden has said the $2,000 includes the previous $600 dispersed under former US President Donald Trump in late December and early January.

Republicans have also criticized the bill for what they say is undue social spending, fearing it will result in an increase in taxes, and claiming the social support programs will discourse unemployed people to return to the workforce.