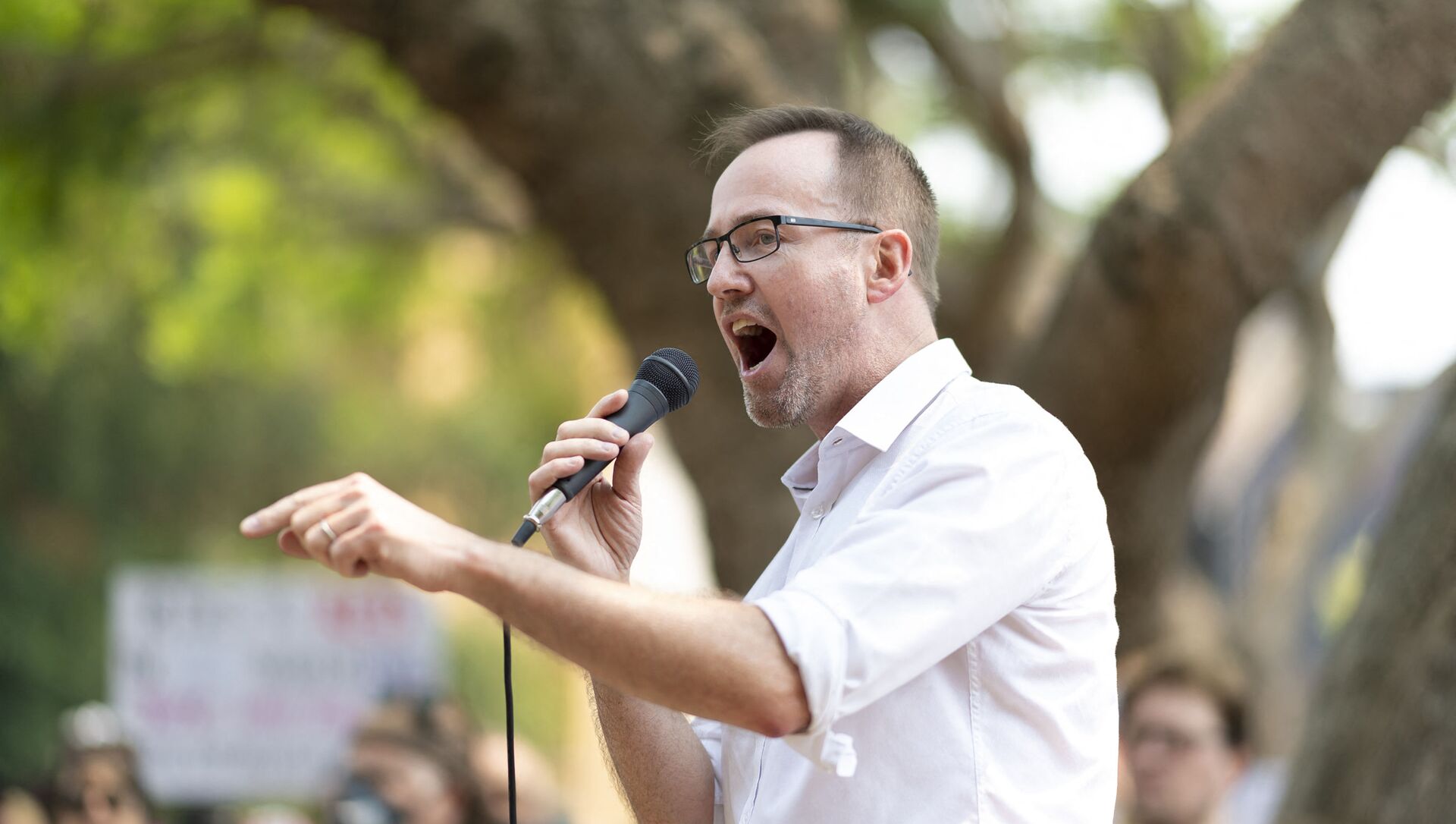 Dhairya Maheshwari
All materials
An Australian Greens Senator from New South Wales, the country’s most populous state, has expressed serious concerns over the rising influence of Hindu nationalism in Australia – he says “extremist Hindus” are responsible for growing violence in the broader Indian community.

More than 60 Indian diaspora groups in Australia, including prominent outfits such as the Hindu Council, have hit out at David Shoebridge, the Australian Greens Senator from New South Wales after he called affiliate groups of India's ruling Bharatiya Janata Party (BJP) party "neo-Nazis."

While the RSS is considered the ideological parent of the BJP, the VHP, which advocates for religious and political rights of Hindus, is an ally of India's ruling party.

Hindu outfits in Australia have expressed outrage over NSW Greens MP @ShoebridgeMLC's statement on the @RSSorg and @VHPDigital last week.

The Greens State Senator had described the RSS and VHP as "neo-Nazi" outfits and questioned how they "found their way" into the schools. pic.twitter.com/LfT8MHCaYz

​“During the last two years, there have been some agenda-based attacks supported and abetted by elected politicians from within and outside the Parliament,” says the joint statement by the Indian diaspora groups.

“All such attacks on members of the Australia's Hindu community are propagating Hindu-phobia and creating a damaging perception of our community,” it states.

The joint statement calls on Shoebridge to back his allegations with evidence so that the Hindu groups can “act” on the concerns raised by the politician.

During a meeting with New South Wales’ Acting Minister for Multiculturalism Geoff Lee, Shoebridge questioned the state government about how the VHP and the RSS “found their way” into schools.

“Are these neo-Nazi groups on the government’s radar, and if so, what is going to be done about it?” the Australia Greens’ state senator asked.

Expressing concern over a recent incident in Sydney involving four Sikh youths who were allegedly attacked by Hindus because of their faith, Shoebridge claimed the “Hindu nationalist” faction of the Indian community is responsible for growing violence.

“The most recent attack that I have heard of, which was again at Harris Park and again as recently as Sunday night, was where four young men from the Sikh community were celebrating. In fact, they got a new car, and then it was smashed," he said.

"They were stopped on the street, and it was smashed. In the course of the assault, I understand that the assailants identified the reason they were smashing was because of the occupants being from the Sikh community. And it came from a far-right extremist political position,” the Australian politician added.

The Greens politician was referring to an incident on 28 February, when four Sikh youths were reportedly attacked with baseball bats while they were in a new car in a Sydney suburb. The victims reportedly identified their attackers as fellow Indians.

“I have not seen a single report of a violent act coming from any part of the political spectrum from the Indian community other than the extremist, right-wing Hindu nationalist part of the community,” Shoebridge also told New South Wales’ Acting Minister for Multiculturalism Lee.

Practised by approximately 1.5 percent of Australia’s population, Hinduism was rated as the “fastest-growing” religion in the country, as per a 2016 Census.