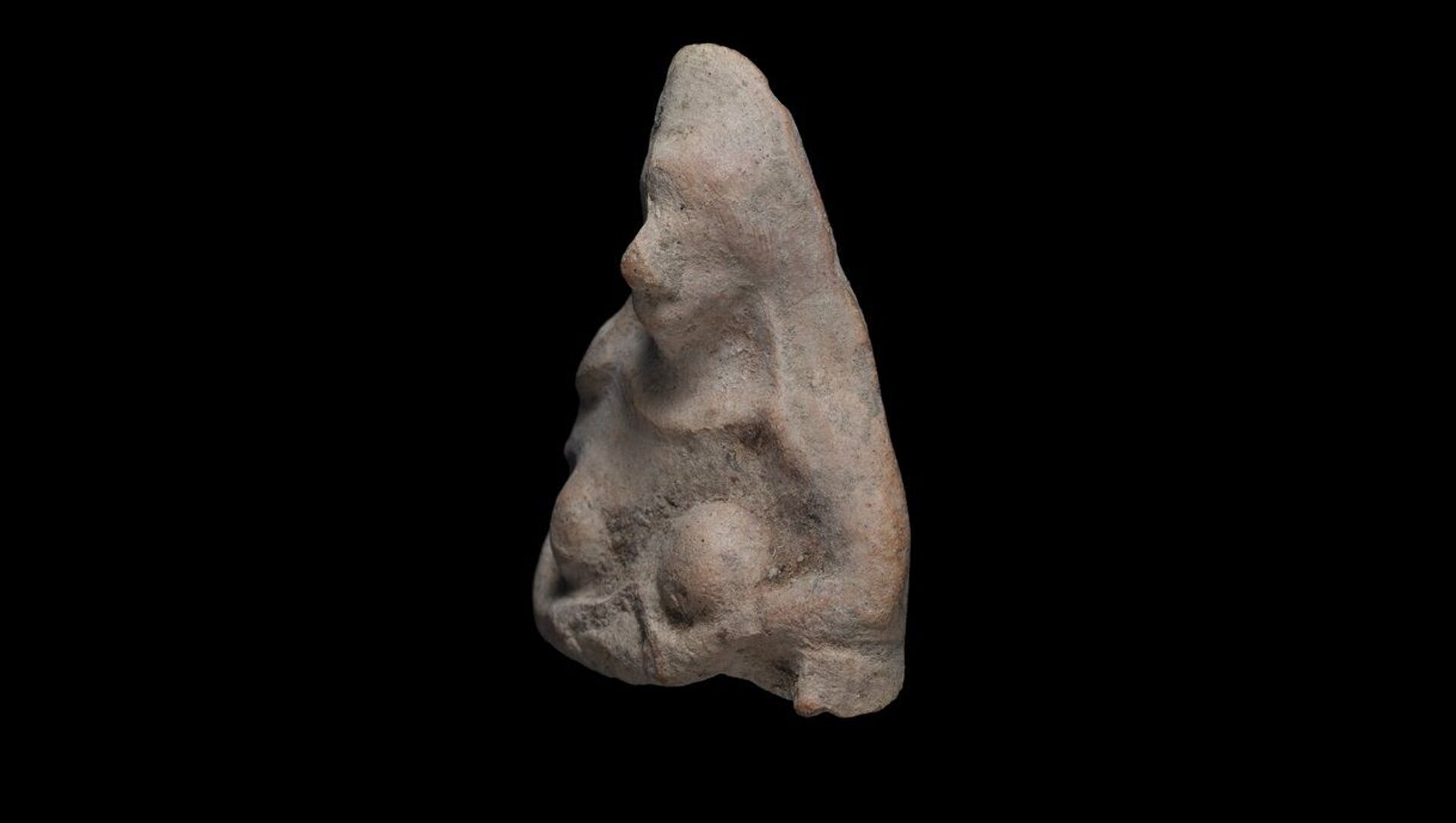 Andrei Dergalin
All materialsWrite to the author
The artefact was reportedly found during a family trip by an 11-year old boy who won the praise of IAA curators of the Iron Age and Persian periods for his "exemplary citizenship".

A figurine about 2,500 years old was recently discovered in the Negev desert in Israel, The Jerusalem Post reports, citing a press release by the Israeli Antiquities Authority (IAA).

The artefact, which dates back to "the late First Temple period or the beginning of the Persian period, also known as the 'Return to Zion'", depicts a "bare-breasted woman wearing a scarf", and likely served as "an amulet for fertility and protection for infants", the newspaper adds.

"Pottery figurines of bare-breasted women are known from various periods in Israel, including the First Temple era," said Oren Shmueli and Debbie Ben Ami, IAA curators of the Iron Age and Persian periods. "They were common in the home and in everyday life, like the hamsa [hand design] today, and apparently served as amulets to ensure protection, good luck and prosperity".

The artefact, about seven centimetres high and six centimetres wide, was found by an 11-year old boy named Zvi Ben-David during a family trip, with the newspaper pointing out that "only one other similar figurine", which was also discovered in the Negev region, is kept in the country’s National Treasures collection.

"The exemplary citizenship of young Zvi Ben-David will enable us to improve our understanding of cultic practices in biblical times and man’s inherent need for material human personifications," Shmueli and Ben-Ami reportedly said.