Ahead of 2+2 Alaska Talks, Beijing Hopes for Dialogue as Washington Assumes Tough Posture 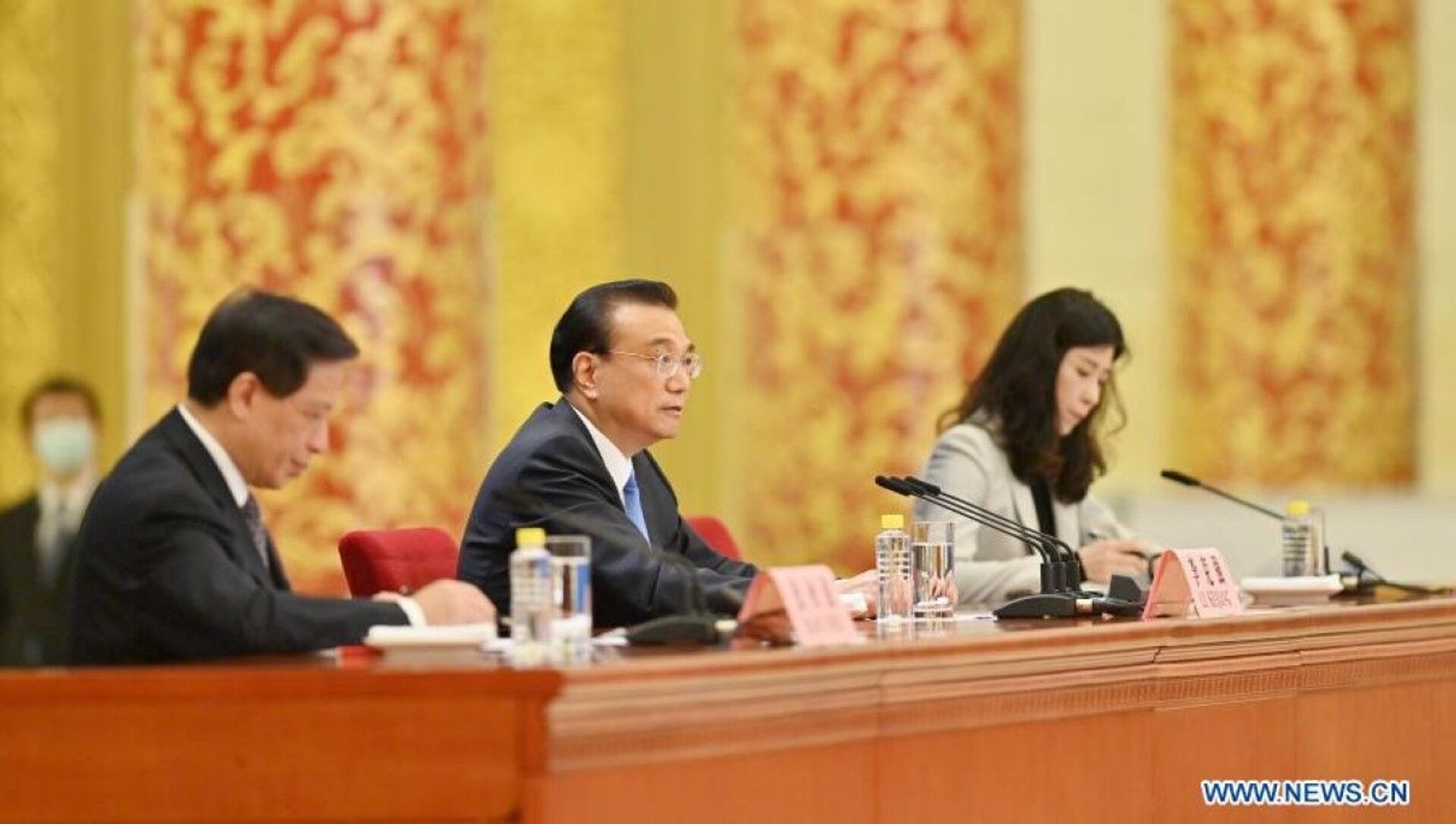 Morgan Artyukhina
All materialsWrite to the author
A week ahead of a bilateral summit in Alaska, Chinese and American diplomats are striking very different tones about what they hope to accomplish at the meeting, which will be the first since US President Joe Biden took office in January.

On March 18 and 19, a “2+2” meeting will take place in the Alaskan port city of Anchorage between Chinese and American diplomats at Washington’s request. Yang Jiechi, the Communist Party of China’s foreign affairs chief, and Chinese State Councilor and Foreign Minister Wang Yi will meet with US Secretary of State Antony Blinken and National Security Advisor Jake Sullivan.

“As the world's largest developing and developed countries, China and the United States both stand to gain from cooperation and lose from confrontation,” Chinese Premier Li Keqiang told reporters on Thursday. “The two sides need to have dialogue and exchanges based on mutual respect and equality. We hope to see dialogue in multiple areas and at various levels. Even if we cannot work things out anytime soon, such exchange of views will help boost trust and dispel misgivings. It will also help us better manage and mitigate our differences.”

His comments come after the closing of the annual session of the National People's Congress, China’s national legislature, which verified various proposals for economic, social, and military programs before passing them off to state agencies for implementation. The Global Times noted that while the premier typically doesn’t comment on foreign affairs, the head of government spoke about them on Thursday because “China-US relations are the most consequential ties in the world and will have an impact on China's own development.”

Zhang Jiadong, an international relations professor at Fudan University, told the South China Morning Post that “What China wants the most from the meeting is not tangible outcomes, but an overall framework and a sense that the two sides can keep talking. Whether there will be follow-up talks will be the key thing to watch.”

Beginning with US President Barack Obama, the US has increasingly shifted its foreign policy toward Asia, with US President Donald Trump pushing a trade war with Beijing as his administration labeled it a “malign actor,” and declared “great power competition” with China and Russia was Washington’s new strategic priority. However, rather than tack a different course than his predecessor, as he has claimed to do on many other issues, Biden seems to be doubling down on pressuring China.

Blinken to Push Hard on Xinjiang

Blinken’s meeting will follow talks with US regional allies, including Japan and South Korea, with Defense Secretary Lloyd Austin, according to Voice of America. Austin will also be joining Biden in a virtual conference with the heads of the Quadrilateral Security Dialogue or “Quad” group, which includes Japan, India and Australia, before traveling to those nations for larger talks. Washington sees the bloc as a counterpoint to Chinese foreign policy in the region.

Speaking about the upcoming meeting to the House Committee on Foreign Affairs on Wednesday, Blinken said the meeting is “an important opportunity for us to lay out in very frank terms the many concerns that we have with Beijing’s actions and behavior that are challenging the security, prosperity and the values of the United States and our partners and allies.”

One of Blinken’s primary focal points will be alleged human rights abuses of Muslims in China’s Xinjiang Autonomous Region, which have become a new point of ideological leverage against Beijing since Biden took office.

"If they have nothing to hide, show it to us, show the world,” Blinken said, promising sanctions and visa restrictions likely awaited “those directly responsible for acts of genocide.” The allegations are based almost exclusively on debunked claims by German anthropologist Adrian Zenz, a member of the far-right group “Victims of Communism Memorial Foundation” who now faces a lawsuit from Xinjiang companies who have alleged to have suffered reputational and financial losses thanks to his Holocaust-like accusations.

China has pushed back on the claims of genocide, which include supposed “re-education camps” and forced stereilization campaigns, saying the institutions are vocational centers set up in accordance with UN Plan of Action to Prevent Violent Extremism guidelines. Their actions follow the rise of terrorist separatist groups such as the Turkestan Islamic Party, an al-Qaeda-linked militia responsible for a string of terrorist attacks across China, including in Kashgar in 2008 and Urumqi in 2009, the latter of which killed 197 people and injured more than 1,700 others. The group has dispatched thousands of fighters to Syria’s Idlib and a closely related group, the World Uyghur Congress, has enjoyed support from the CIA-linked National Endowment for Democracy.

US State Department spokesperson Ned Price further noted on Thursday that Blinken would bring up the explosive issues of Hong Kong, Taiwan, the South China Sea, and the origins of SARS-CoV-2, the virus that causes COVID-19.

Still, Blinken said the diplomats would “also explore whether there are avenues for cooperation, and we’ll talk about the competition that we have with China to make sure that the United States has a level playing field and that our companies and workers benefit from that,” adding that “There’s no intent at this point for a series of follow-on engagements. Those engagements, if they are to follow, really have to be based on the proposition that we’re seeing tangible progress and tangible outcomes.”