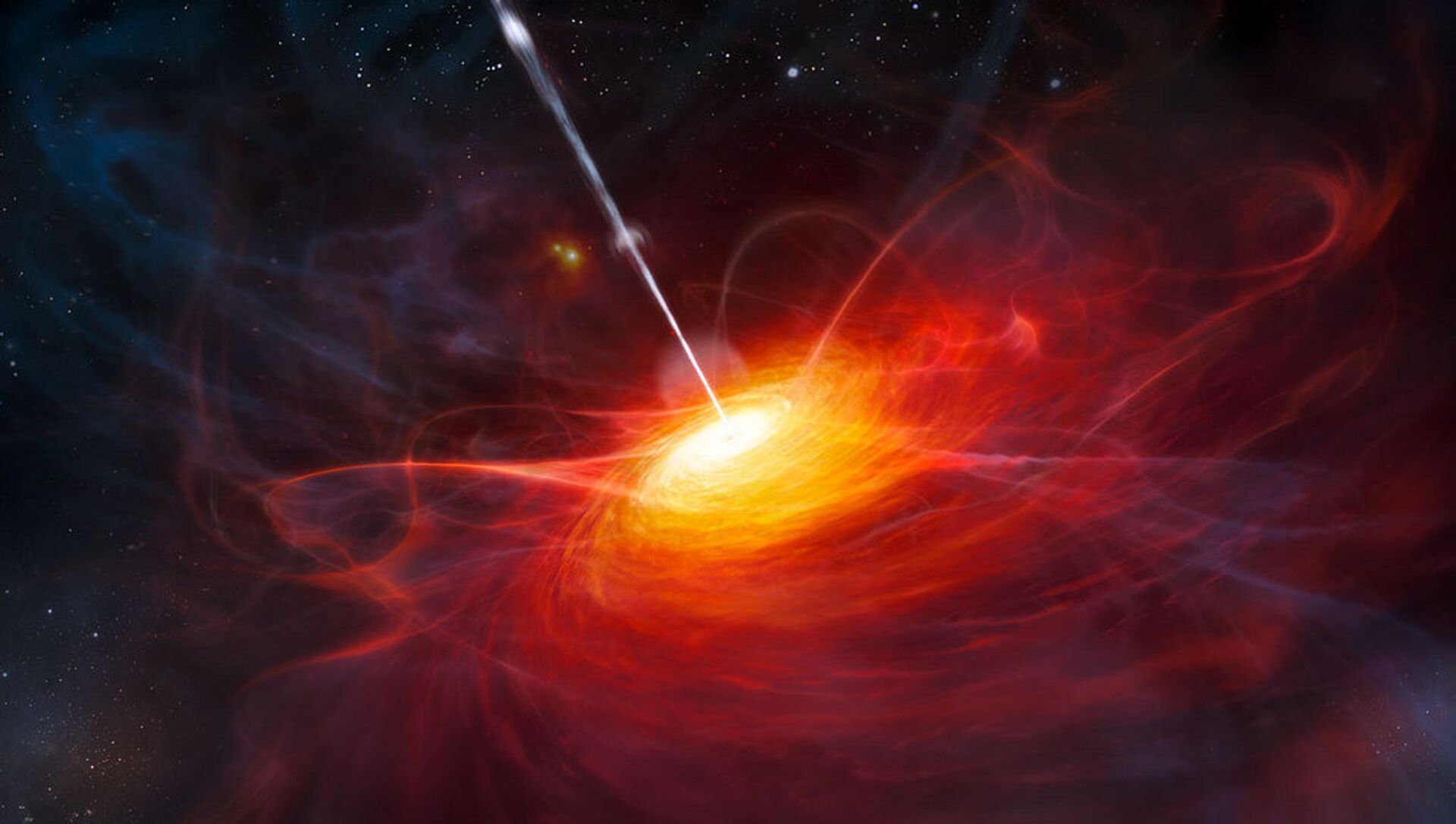 © Flickr / European Southern Observatory
Subscribe
Max Gorbachev
All materialsWrite to the author
Quasars are the most energetic objects in the universe and emit tremendous amounts of energy as they are powered by supermassive black holes that, in turn, are surrounded by accretion disks that they feed off.

An international team of scientists discovered the most distant-loud quasar in the universe, which also turned out to be the most distant source of radio emissions. According to results of the study, published on 8 March in The Astrophysical Journal, the quasar named P172+18 appeared about 780 million years after Bing Bang and is 13 billion light years away from the Earth.

The researchers spotted the celestial body as a radio source using Magellan Telescopes at Las Campanas Observatory in Chile. Radio-loud quasars shoot out powerful jets, which are strong sources of radio-wavelength emissions.

"As soon as we got the data, we inspected it by eye, and we knew immediately that we had discovered the most distant radio-loud quasar known so far," said Eduardo Bañados of the Max Planck Institute for Astronomy in Germany, who made this discovery alongside astronomer Chiara Mazzucchelli from the European Southern Observatory.

Another discovery awaited the scientists - the supermassive black hole that powers this quasar is almost 300 million times more massive than the Sun. Researchers say the black hole is growing in mass "at one of the highest rates ever observed".

This detail puzzled them as they can’t explain how the black hole became so massive at such an early stage of the universe.

"Theoretical studies say that the presence of radio jets can increase the speed with which the black hole eats matter, which means that they can allow for a black hole to grow much faster and might explain why [black holes] are so massive so early. At the same time, radio jets may also impact the galaxy surrounding the quasar by influencing how stars form," Chiara Mazzucchelli said.

Researchers say the quasar may provide clues about the earliest years of the universe called the Epoch of Reionisation when stars and galaxies, as well as supermassive black holes formed.

"I find it very exciting to discover 'new' black holes, and to provide one more building block to understanding the primordial universe, where we come from, and ultimately ourselves," Mazzucchelli said.

After their exciting discovery the researchers noticed another beacon of radio waves near P172+18. If confirmed this would become the most distant pair of galaxies ever discovered. Scientists hope to learn more about the signal with NASA's James Webb Space Telescope which is scheduled for launch this year.