Could Lebanon Protests Lead to a 'Coup' & How Might NATO Capitalise on the Political Crisis? 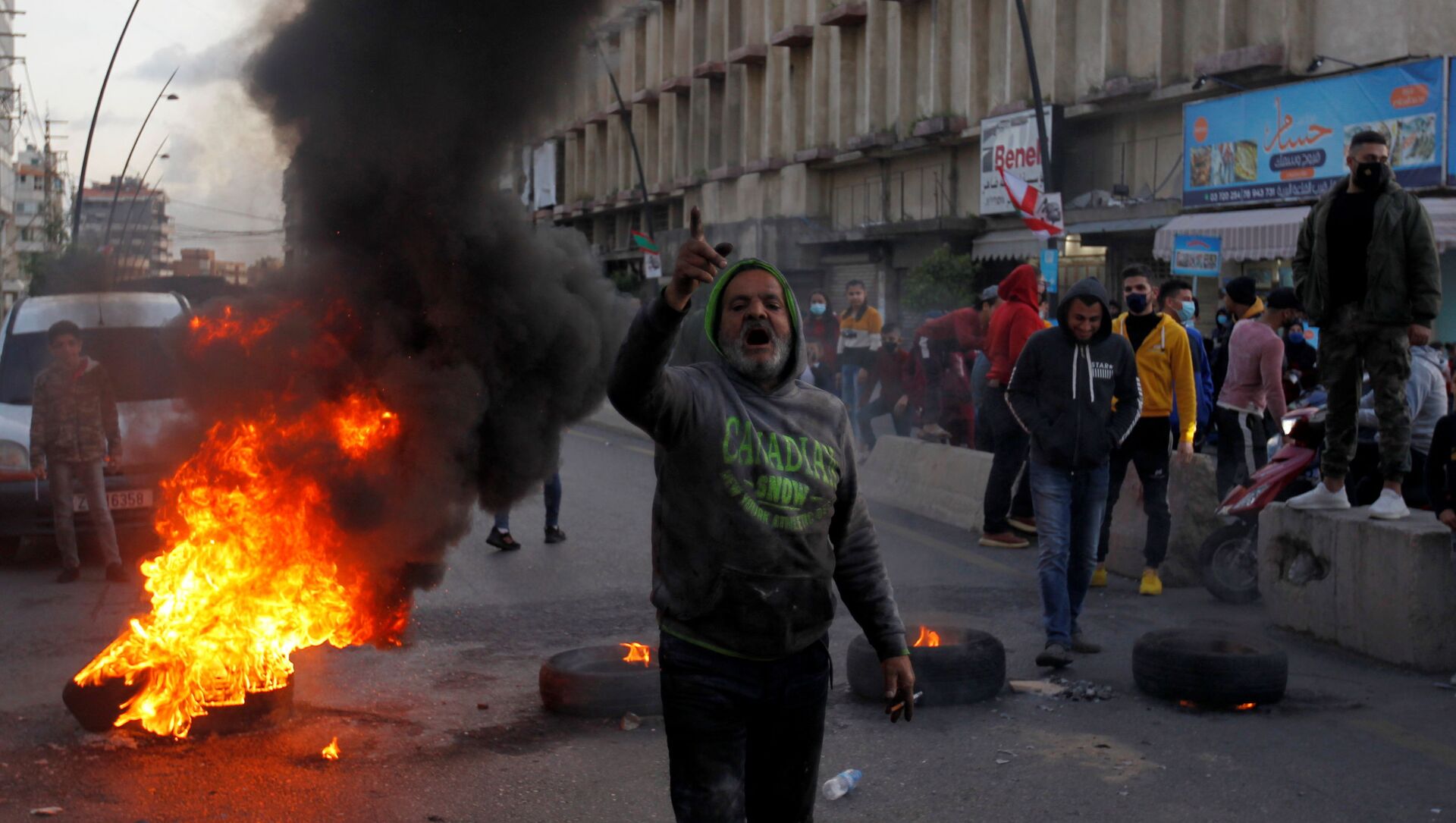 Ekaterina Blinova
All materialsWrite to the author
Tensions continue to grow in Lebanon following the dramatic collapse of the Lebanese lira early last week, prompting people to take to the streets and protest the government's inaction. The country is teetering on the brink of explosion, warns Middle East expert Ghassan Kadi, weighing up the possible scenarios of how the situation may unfold.

On 9 March, anti-government protesters in Lebanon set up new roadblocks and lit tyres on fire amid demonstrations over the government's inability to tackle the economic crisis and crippling poverty. On Monday, the three main roads from Zouk, Jal el-Dib, and al-Dawra to the capital Beirut were closed by demonstrators.

Previously, protests – dubbed the Tax Intifada or the WhatsApp Revolution – shattered the Middle Eastern state in October 2019. The uprising eventually led to the resignation of Prime Minister Saad Hariri. His successor, Hassan Diab, started talks with the International Monetary Fund (IMF) to receive a $10 billion loan to pull the country back from the economic abyss. However, on 4 August 2020 a massive blast destroyed the country's biggest port exacerbating the economic situation even further.

Lebanon's Economy is in Free Fall

In the aftermath of the August 2020 explosion, French President Emmanuel Macron stepped forward urging Beirut to implement a "new political order". On the surface, the French initiative has thus far failed, according to Ghassan Kadi, a Middle East expert, blogger, and political analyst.

"The Macron initiative ended up with President Aoun appointing Mustafa Adib (a political outsider) as prime minister", he says. "Faced by 'chiefs' who did not comply with their promise to the Macron initiative, Adib resigned before he was able to form government. He was replaced by [Prime Minister-designate] Saad Hariri in October 2020. Five months later, he is still unable to name the cabinet and Lebanon continues to be governed by the caretaker former cabinet that resigned in August 2020".

On 6 March, Lebanon's caretaker Prime Minister Hassan Diab threatened to quit in protest at Hariri's failure to form a new government. The formation of the new cabinet is crucial for kicking off long-anticipated economic reforms in the country which would open the door to multi-billion international aid.

Addressing the nation in a televised speech, Diab warned that the country had "reached the brink of explosion" after the Lebanese lira's dramatic slump. Arab News suggested last Saturday that the caretaker prime minister's retreat may further weaken the country's currency.

"It is sufficient to say that the exchange rate of the Lebanese lira to the USD before the 1975 Civil War was 3 to 1", recalls Kadi. "It held its value during the darkest days of the war, and began to slide in 1984 reaching a low of 1,500 to 1. But it kept that value from 1989 until 2019. Then suddenly, after the popular uprising in October 2019, the lira has been on a dive, reaching 11,000 to 1 as we speak. The collapse of the Lebanese lira is a simple reflection of what has happened to Lebanon since". 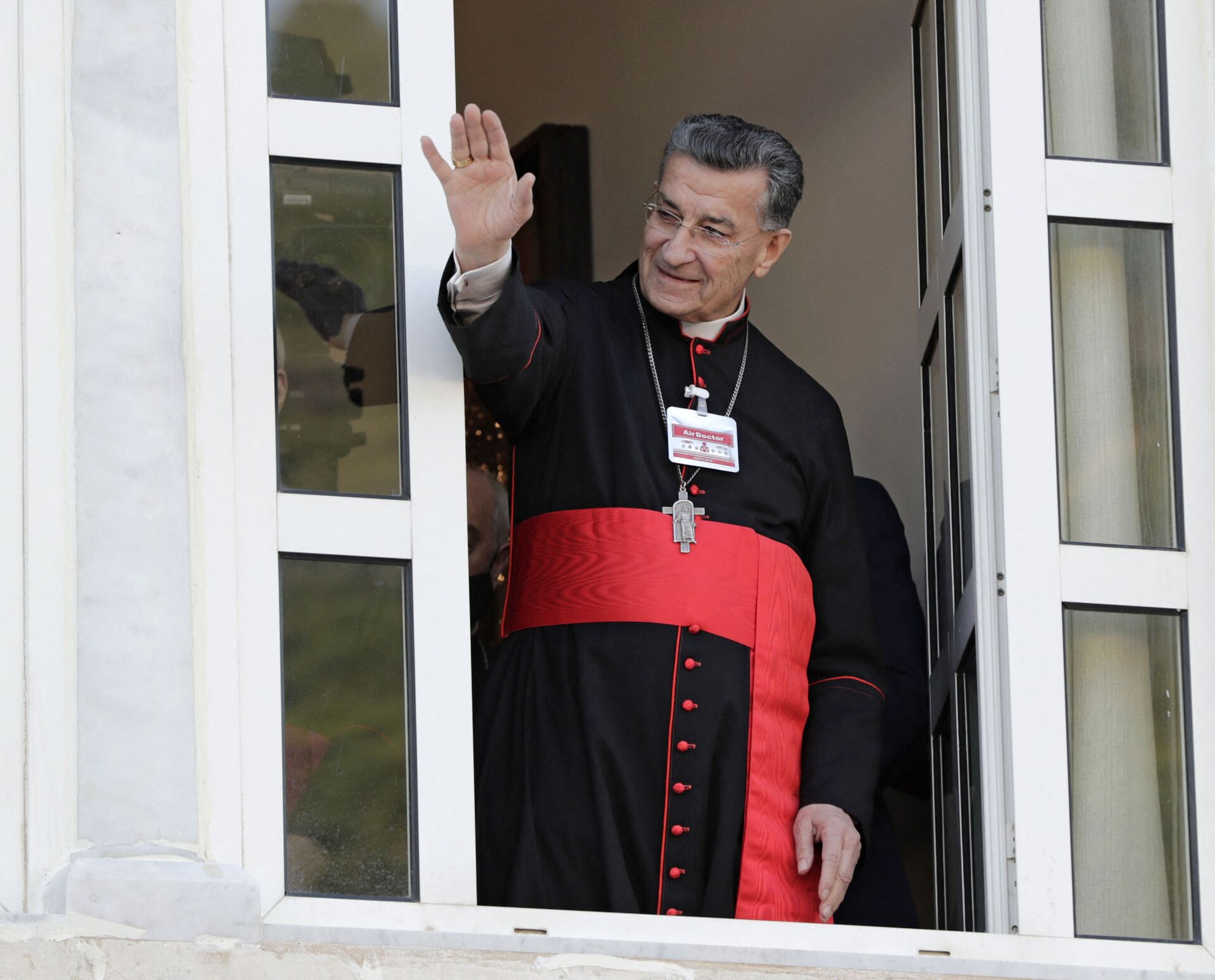 Lebanon's Cardinal Mar Bechara Boutros al-Rahi (or Rai) greets supporters ahead of a speech on February 27, 2021 at the Maronite Patriarchate in the mountain village of Bkerki, northeast of Beirut
© AFP 2022 / ANWAR AMRO

Maronite Patriarch: 'Do Not Remain Silent'

It appears that trouble is brewing for the present Lebanese leadership, suggests Kadi. On 27 February, Moran Mor Bechara Boutros al-Rahi, the 77th Maronite Catholic Patriarch of Antioch, addressed protesters outside his headquarters: "Do not remain silent in the face of corruption. Do not tolerate the theft of your money, the fluid borders, the failure of the political class, the chaos in the investigation into the Beirut port explosion, or the imprisonment of the innocent", he told the gathering.

Citing sources at Bkerke Arab News noted that the patriarch had decided to speak out over concerns that the country is facing an acute political crisis. Al-Rahi's earlier attempts to reconcile President Aoun and Prime Minister-designate Saad Hariri failed.

The development is symptomatic given the significance of the Patriarch of the Lebanese Maronite Church in a civil reform matter, according to the Middle East analyst.

"Lebanon was 'created' in 1920 to protect Levantine Christians after five centuries of Ottoman rule", the expert recalls. "It was the then head of the Maronite Church, Patriarch Howayek who became the architect of 'Grand Liban'. The French accepted his proposal and the Maronite Patriarchs who followed him became the religious custodians of the state. In 1943, the Lebanese Constitution in Article 95 stipulated that for an interim period, the President of Lebanon as well as the Army Chief would be Maronite Christians. Other key positions were given to other religions and sects".

This historic interim provision is still in force in Lebanon, and the Maronite Patriarch remains a strong and influential figure in the country, according to Kadi, who highlights that "never before has the Lebanese Maronite Church been so vehemently against Lebanon's Maronite president".

"Patriarch al-Rahi is seen by many as the actual leader of the current 'revolution'", the political analyst remarks. 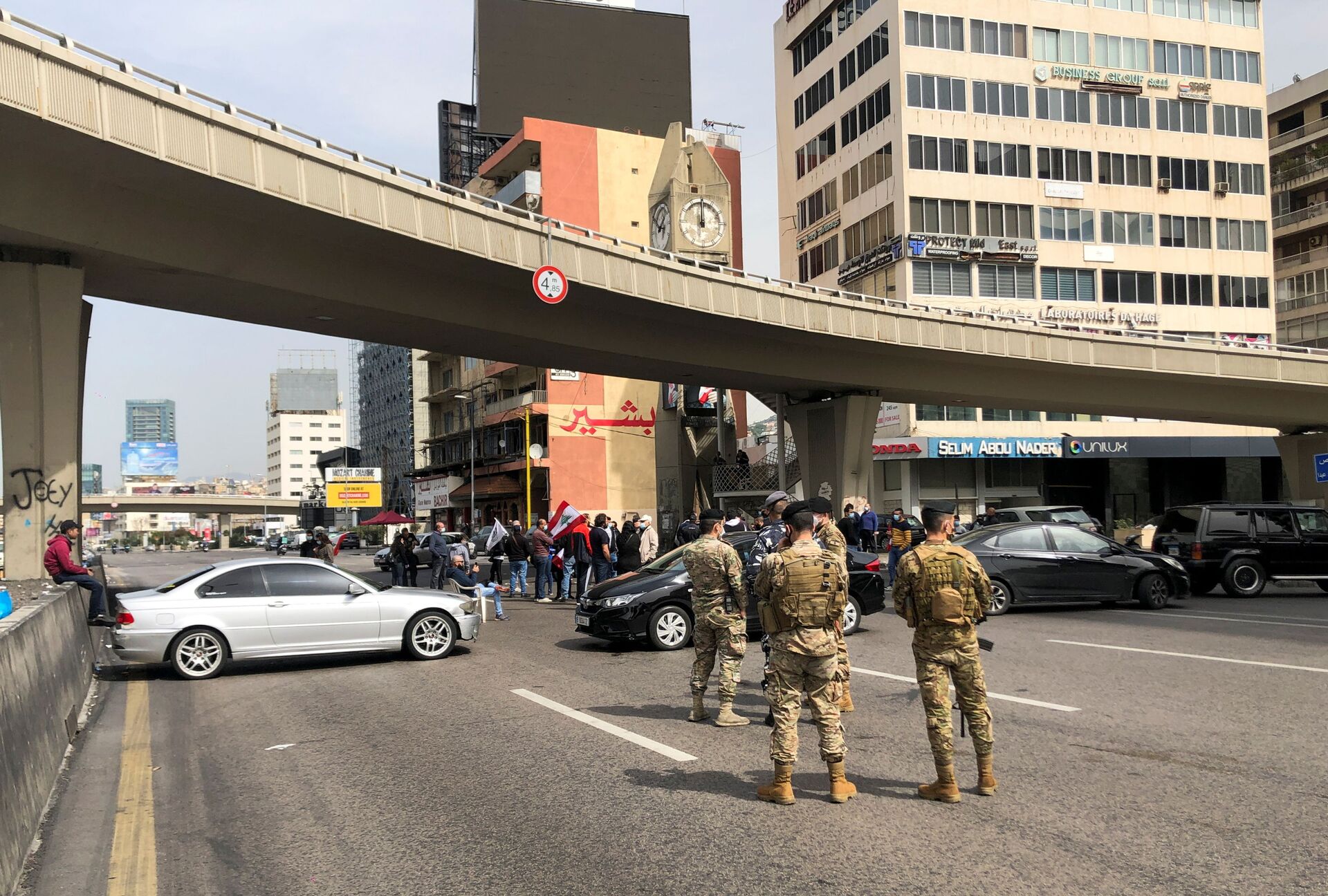 Cars block a highway during a protest against the fall in Lebanese pound currency and mounting economic hardships, in Jal el-Dib, Lebanon March 9, 2021
© REUTERS / ISSAM ABDALLAH

On the other hand, the country's military also appears to show sympathy for the protesters. Following Patriarch al-Rahi's address, Army Chief General Joseph Aoun (not related to the country's president) "spoke out for the first time since the uprising started 18 months ago", the analyst highlights. The army's top commander who was ordered by the president to clear roadblocks made it clear that he respects the people's right to protest peacefully. Speaking at a meeting with military commanders, Army Chief General Aoun criticised the government for its handling of the crisis.

"The officer also is suffering and is hungry, to the officials I say, where are you going? What are you waiting for? What are you planning to do?", he said in a Monday statement, as quoted by Reuters.

The general also warned against dragging the army into the political conflict: "The fragmentation of the army means the end of the entity, this is impossible to let happen. The army is holding together and the experience of '75 will not be repeated", he underscored, referring to Lebanon's 1975-1990 civil war.

On 10 March, the Lebanese Army announced that it had started clearing roadblocks set up by protesters across the country, as cited by i24News.

It is hard to predict whether the current deadlock between the government and the people will translate into some sort of a "coup", according to the analyst. At the same time, he ruled out the current tensions between the army and civilian leadership leading to a military takeover.

"What is most likely to happen is that the Army Chief will ask the chiefs of all other security forces to form a front to present President Aoun with an ultimatum of appointing them as an interim cabinet", he hypothesised.

However, this fragile situation "has the potential to put Lebanon back entirely inside the circle of influence of the West", Kadi suggests.

"Such an outcome will weaken the 'Axis of Resistance' and give the NATO-Israel alliance huge mileage. With that said, it is highly unlikely that an international consensus about 'saving Lebanon' can be achieved on Western interests only; especially considering that much at stake remains in Syria and that Russia has a strong position at the negotiating table", the Middle Eastern expert believes.