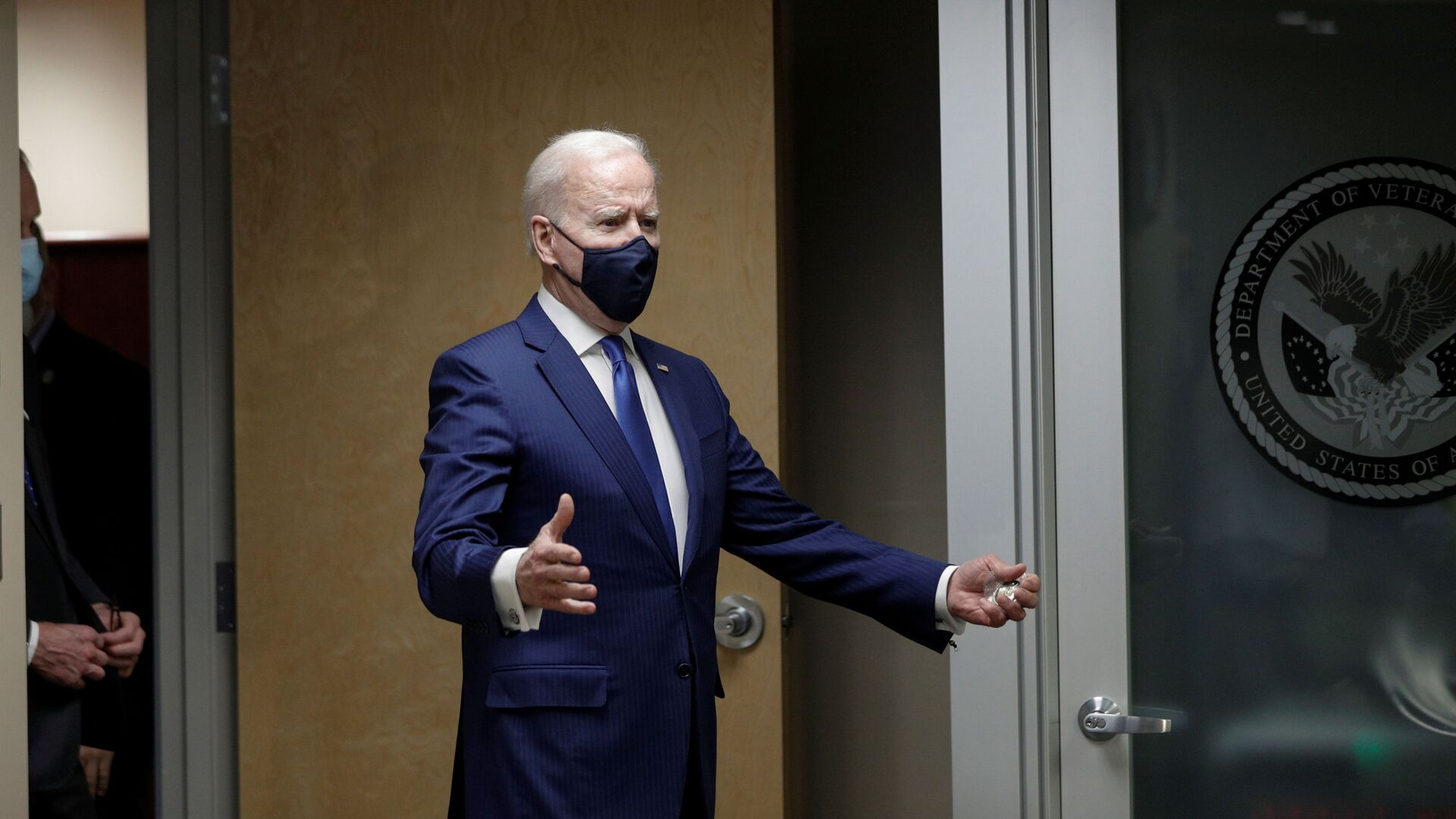 Tim Korso
All materialsWrite to the author
One of the first orders issued by Joe Biden once gaining the office of the US president was to revoke Trump's anti-immigration directives. However, it seems that neither of the main American political parties are content with his decisions regarding immigration.

It seems as though US President Joe Biden is able to satisfy neither his Democrat allies nor opponents in the GOP when it comes to immigration policy, which saw the number of detained illegal migrants rise in the past two months.

The situation with underage migrants risks becoming scandalous for the new administration; according to a CNN report around 2,000 migrant children might have no bed to sleep on after being detained by US Border Patrol. The media cited internal documents of the agency as reporting a spike in the number of unaccompanied migrant children - some 3,200 are reportedly under Customs and Border Protection (CBP) custody with 2,600 still waiting to be housed in a suitable shelter. 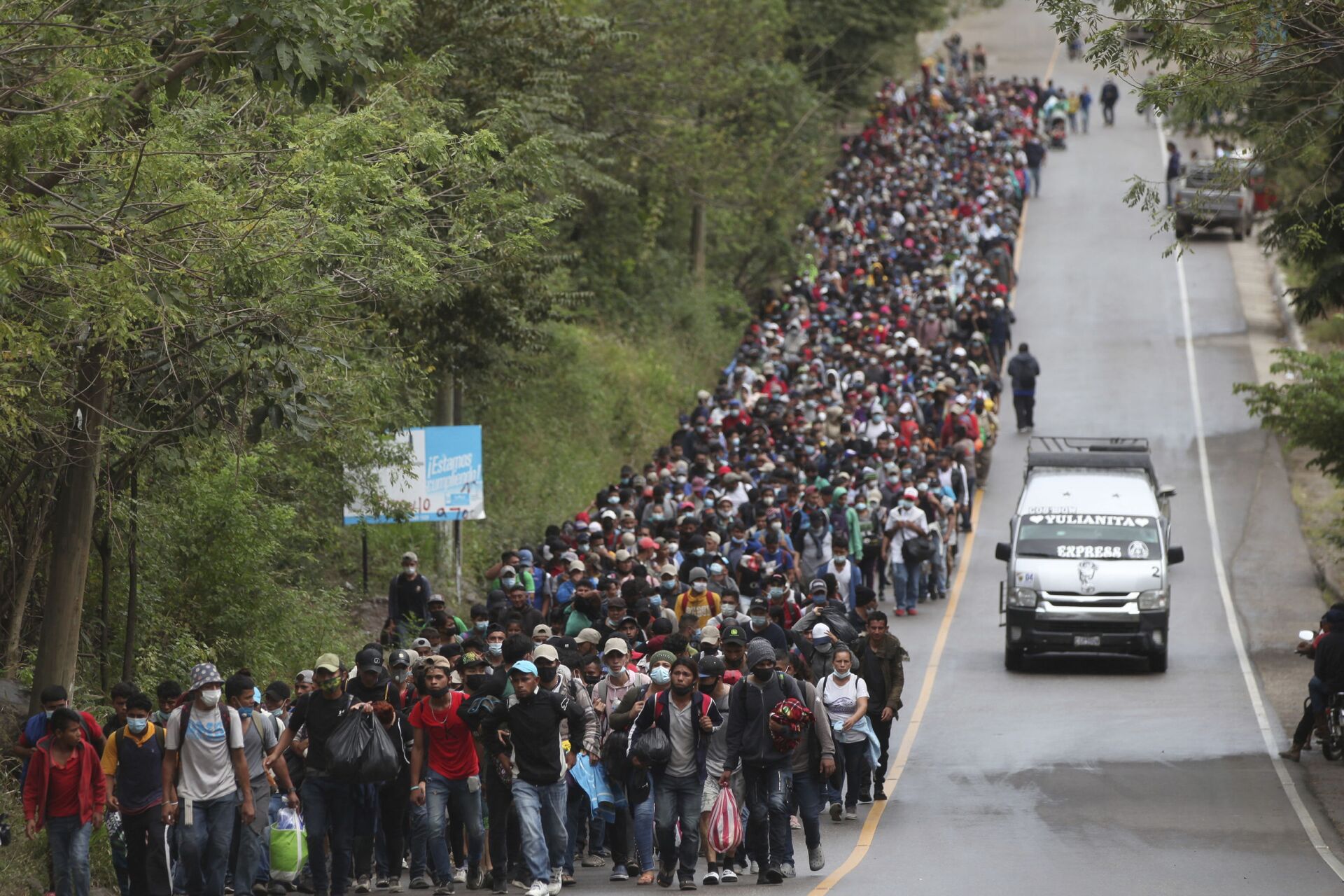 But even if they get shelter, they are not guaranteed a bed, according to the report, since only 500 of them were "available" for accommodation. The rest are reserved under health regulations introduced amid the coronavirus pandemic. It is unclear, however, how many beds were reserved for a potential rapid spike in COVID-19 related hospitalisations.

A general increase in illegal migrant detentions is also putting other US Border Patrol and Customs and Border Protection resources to the test. Fox News reported that the authorities were forced to shut down three border checkpoints in order to divert resources amid the surge in illegal border crossings in the last months. 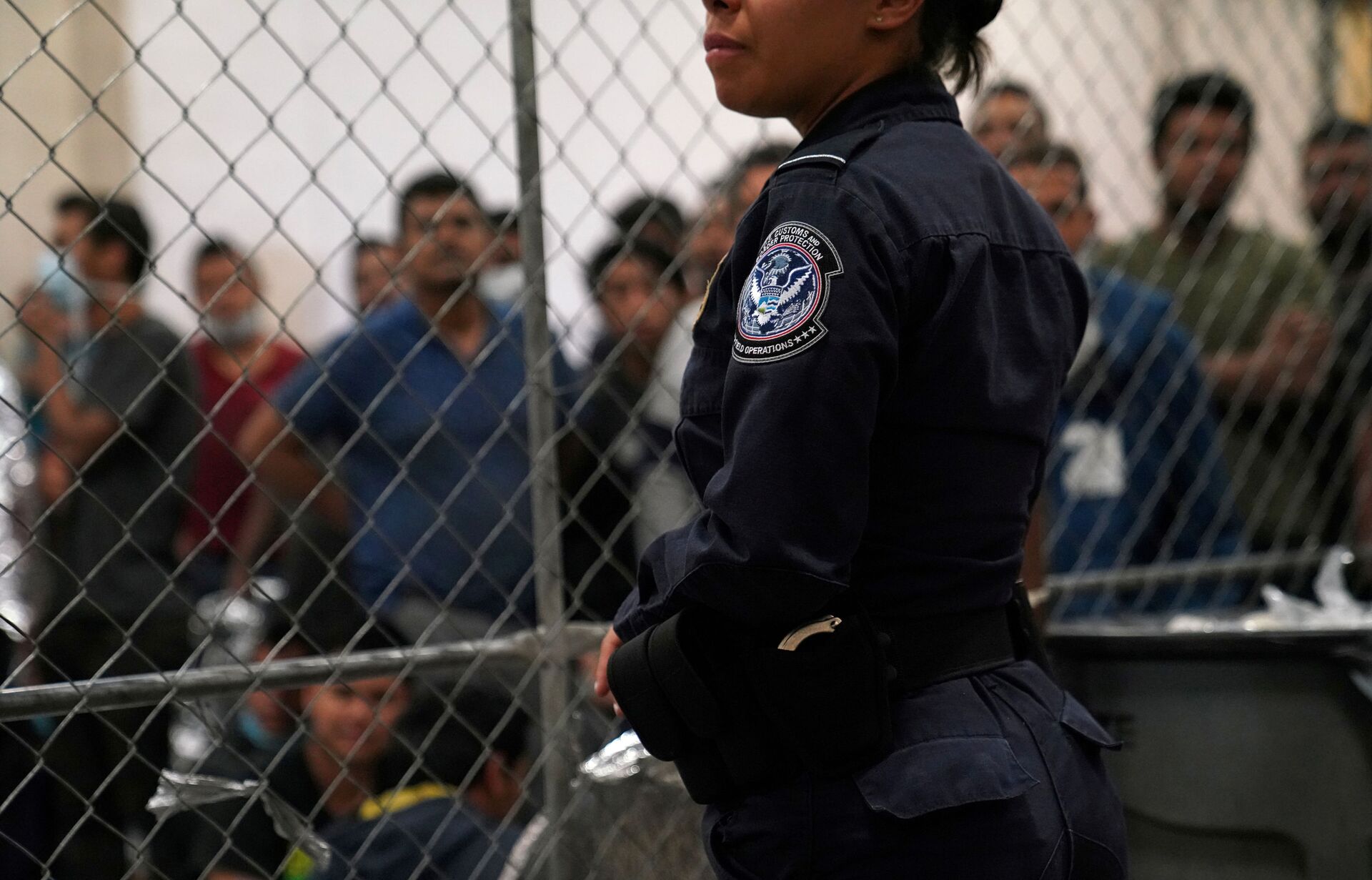 These checkpoints have not been in operation since January because most of the personnel are being relocated to other areas as illegal migrants' flows shift. But the remaining small security personnel at the trio of checkpoints has also been redeployed just recently, according to Fox News.

Despite an array of troubling reports from the southern border, the White House maintains its official line that there is no "immigration crisis" taking place there.

"I don’t think we need to sit here and put new labels on what we’ve already conveyed is challenging", the White House Press Secretary Jen Psaki said during a briefing, while responding to a question whether the situation at the border counts as an "immigration crisis".

However, several Republican senators were not satisfied with the answers provided by the White House and condemned the shutdown of three border checkpoints. Senators Ted Cruz and Josh Hawley accused the administration of failing to respond, what they described as a "crisis" at the border.

How much more will it take for the Biden administration to admit there is a crisis on the border? https://t.co/LMX7kPglHS

"The border is approaching full-blown crisis, and the Biden Admin’s response is ... nothing," Senator Hawley said on Twitter.

Biden's sweeping revocation of Trump's immigration policies, designed to limit the number of illegal migrants crossing borders and prevent potential terrorists from sneaking into the US, was not well received by the progressive part of the Democrat party, which champion lax immigration laws for the country.

Despite numerous reports suggesting that Biden's actions in the first days of office resulted in an increased number of migrants arriving in the US, several progressive lawmakers pointed out that the Democrat could have done more. Although the new administration did repeal travel bans for predominantly Arab and African states, people, who were denied "diversity visas" under Trump, are still unable to apply.

These visas were introduced to allow more migrants from countries, whose residents are rarely awarded visas. However, those who sought one in the past four years and were denied, can no longer apply for them since deadlines for doing so have long expired.

The fact that the Biden administration issued no orders to extend those deadlines "infuriated" some of the lawmakers. House Democrat Ayanna Pressley called the situation "unacceptable" and urged Biden to break "the cycle of harm" purportedly initiated by Donald Trump. Fellow House Democrat Rashida Tlaib supported her criticism as well.