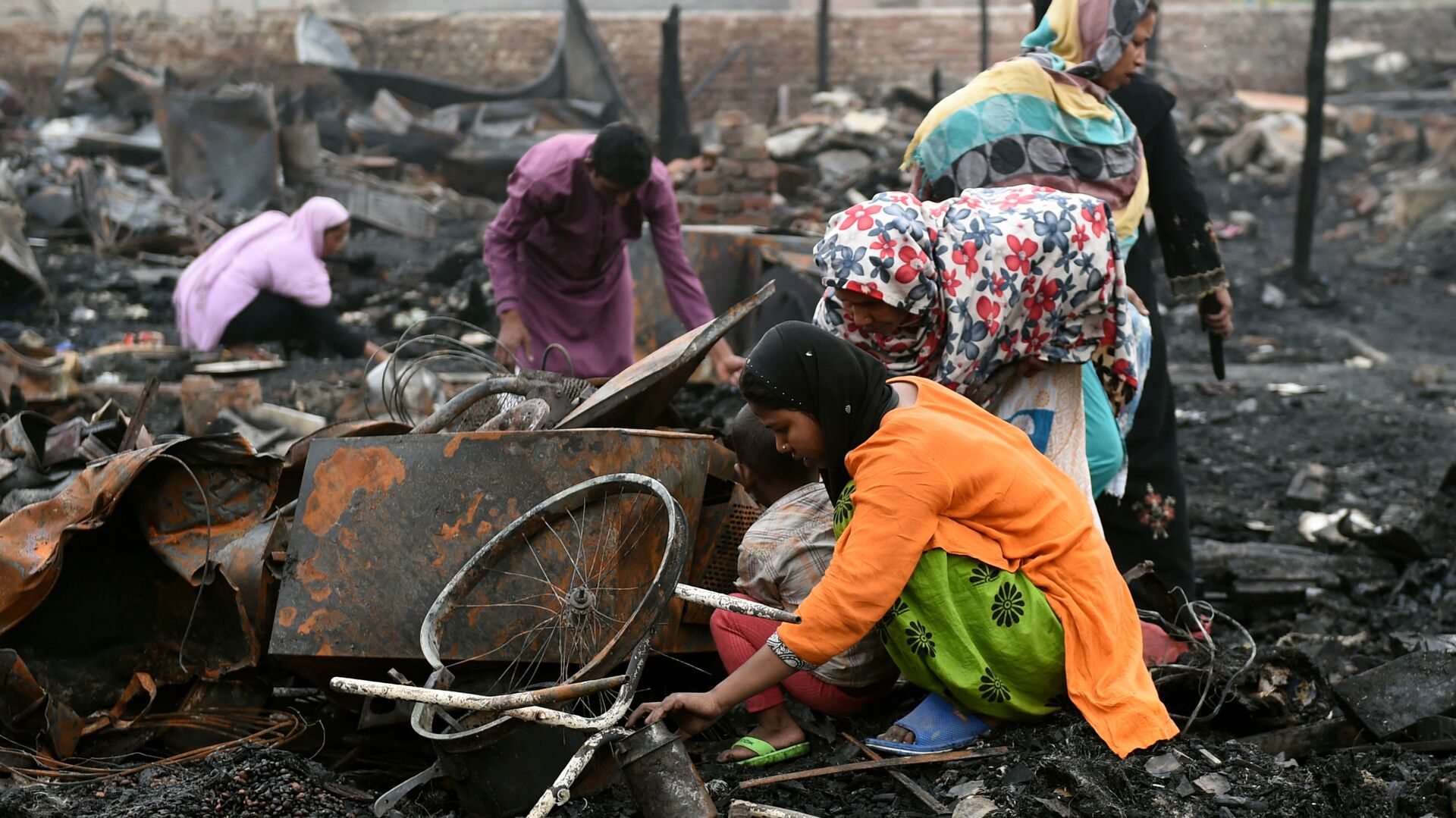 © AFP 2023 / MONEY SHARMA
Subscribe
International
India
Africa
Dhairya Maheshwari
All materials
Roughly 40,000 Rohingya Muslims living in India have been looked upon with suspicion in recent years by several nationalist groups because of their religious identity. Officially, in 2017, India’s then-Minister of State for Home Affairs Kiren Rijiju, a member of Prime Minister Narendra Modi’s Cabinet, said that the Rohingya need to be “deported”.

The United Nations has expressed concern over reports that New Delhi is planning to deport nearly 168 Rohingya refugees living "illegally" in Jammu city, saying that refugees should never be made to return to a place where they face persecution.

"The refugees must not be returned against their will. There is a strong belief in the principle of non-refoulement", UN spokesperson Stéphane Dujarric said at a press briefing on Monday.

Non-refoulement is a principle under international law stipulating that no person should be turned back to a country where there is risk of persecution, torture, or inhumane treatment.

Indian authorities have detained nearly 168 Rohingya refugees at a "holding centre" in Jammu, with authorities said to have begun a “verification process” to ascertain their nationalities.

Senior officials have said that deportation proceedings against the detained Rohingya Muslims would be initiated in the coming days if it was proved that they were in India illegally.

The city of Jammu in the newly carved-out Union Territory of Jammu and Kashmir has one of the biggest Rohingya populations among Indian cities, most of them living in squalid camps on the outskirts. Over 10,000 Rohingya refugees, many of them not even having valid United Nations High Commissioner for Refugee (UNHCR) cards, live in Jammu, as per several estimates.

India hosts nearly 40,000 Rohingya refugees, with only around 16,000 of them being valid refugees and asylum seekers, as per UNHCR rules.

While India is not a signatory to the 1951 Refugee Convention or the 1967 Protocol, the South Asian country has had a long tradition of granting refuge to persecuted people from its neighbouring countries, namely Bangladesh, Afghanistan, Myanmar, Sri Lanka, and even Pakistan.

However, in the case of Rohingya Muslims, at least 12 of them have been deported to Myanmar in recent years after being found to be living in the country illegally.