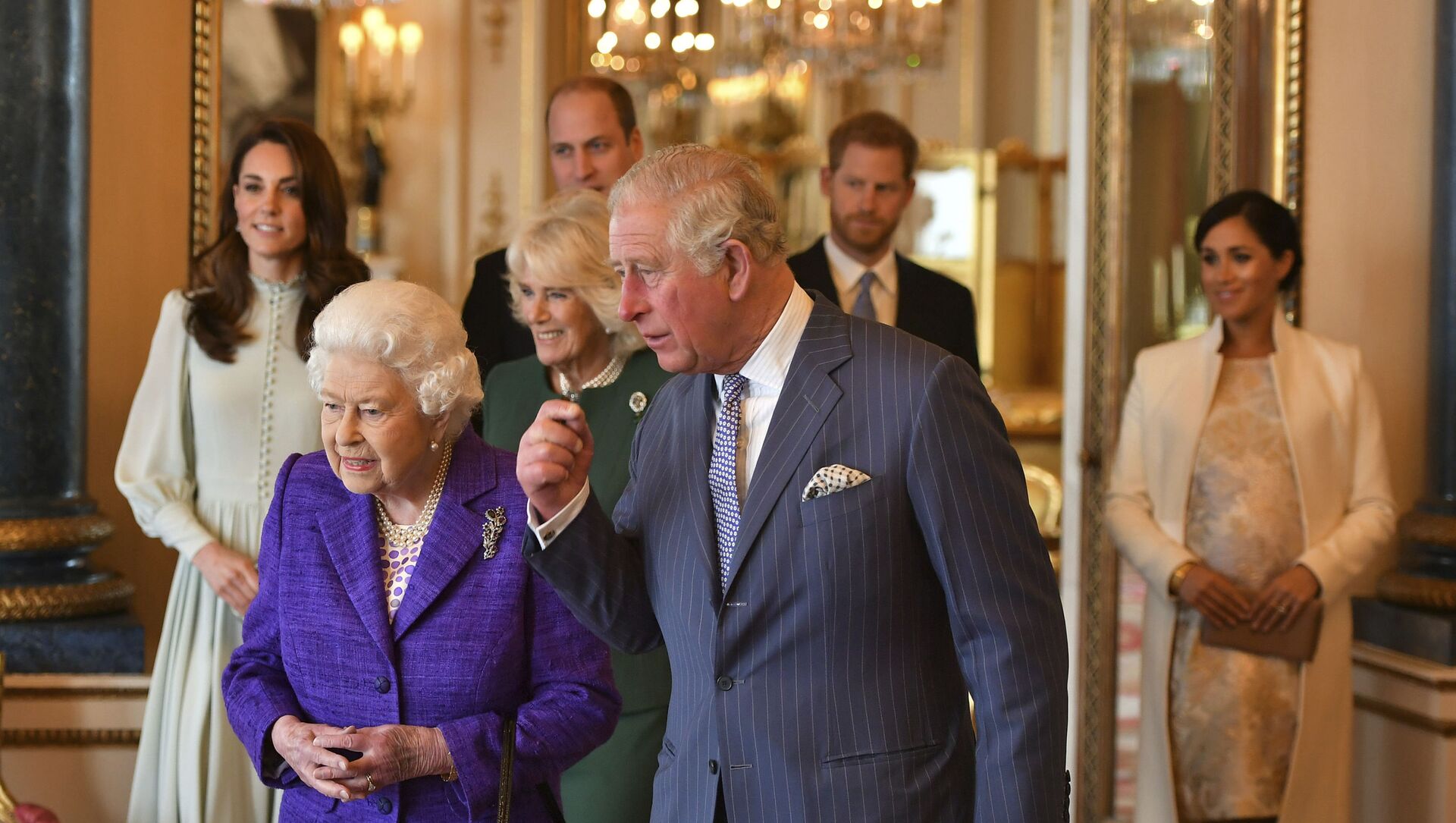 Dramatised for the purposes of public entertainment, rumours of scandal and gossip, well scripted with fine performances from leading actors... no, we’re not talking about the latest series of the Crown. This was the real Royal family soap opera where fact is stranger than fiction.

The UK screening of the much-anticipated Oprah Winfrey interview with Harry and Meghan, the Duke and Duchess of Sussex, aired last night, shocking and stunning a nation with revelations of racism within Buckingham Palace.

The Royal Family has yet to respond to accusations made by the couple. However, Sputnik spoke to Thomas Mace-Archer-Mills, chairman of The British Monarchists Society to hear his thoughts on what this interview will mean for the future of the Royal Family.

Sputnik: Harry and Meghan’s interview with Oprah Winfrey seems to have divided the public and the media. What were your personal thoughts on the interview?

Archer-Mills: The interview, I think, was well done. But I think the information contained within it was striking. I think it was very damning towards the Royal Family and purposely so. I was able to understand lots of the things - knowing the Palace as I do. I had to give Meghan some credit and validity to what she was saying in reference to the grey suits and how things were done. But some of the contradictions I didn't understand especially where race was concerned - and that's a striking point right there. If people knew how the Royal Family worked - and we take into account the George V convention of 1917 - little Archie has not been denied a title or a style, or anything of the sort because of his skin color. And we have to look at this tactically and say, 'Wait a minute, this is not a race issue. And Harry should know better than to let his wife make that assumption with overtones of institutional racism'. There are rules in place because of this convention, that state that Archie will not have a title of HRH or Prince until Charles becomes King. So when we look at these rules and say 'wait a minute, there is a title that Archie could have had - one of Harry's courtesy titles, such as the Earl of Dumbarton', but that was denied by Harry and Meghan. So what are they playing at here?

Sputnik: Buckingham Palace has yet to respond to the interview and the allegations and accusations that were made. How do you think the Royals will react to this?

Archer-Mills: Well, the reaction I think, from the Royal Family, is one of shock and awe. I mean, this is something that has not been done in years and years. The last person to do this was Diana. And I think Meghan is very much channeling Diana. It's really awful. Because what does Buckingham Palace do now? Do they say nothing at all as they do most of the time? Do they make it worse by coming out and saying this is completely fabricated? This is something that anyone who is watching this unless they know the inside facts and operations, the mind will boggle, the Royal Family has been put in a terrible position.

Sputnik: You mentioned it there and Harry touched upon it during the interview. But are we seeing parallels between Meghan and Diana, especially in regard to the relationship with the press?

Archer-Mills: Look at the parallels here between Diana Princess of Wales and Meghan. I mean, for every woman who has come into the Royal Family since Diana there has been a parallel, but Meghan has taken it that bit further. And she already contradicted herself in that interview. 'Oh, I didn't know anything about my family'. Well, you've been to London. You know who Diana is. You can't tell me you don't know who Harry is. But the striking point was, 'I didn't know I had to curtsy to the Queen. But when I went to Royal Lodge, Fergie and Andrew came out, well Fergie came out. I saw Andrew and blah, blah, blah.'

Co-Founder of BLM Calls for Boycott of Royal Family Following Harry and Meghan’s Interview
And you sit there and say, 'Wait a minute. You've just said you've gone to one of Diana's best friends,' because she knows, Fergie really knows - Fergie was exiled from the Royal Family - 'and you've been so chummy with Fergie. Why did you even have to bring Diana into it at that point?' So, sitting there in this dress with Diana's tennis bracelet on and Harry bringing up Diana and history repeating itself - we know what happened. There were lessons to be learnt. And who goes, as a member of the Royal Family, to human resources for any sort of help? You're not employed by the Crown, you are part of the Crown.

But another contradiction: Harry says 'No, I didn't tell my family we needed help.' But then they complain that there was no help available. And she chose an outlet that is for employees. So I think there is a bit of a Diana complex here which is really sad and it is unfortunate that I have to say it, but that is the truth.

Sputnik: What does all of this mean for the future of the Royal Family?

Archer Mills: The Crown always survives and the Crown always wins. The future of the Royal Family - it's been through its ups and downs before, I think they’ll get through this. I know that they will get through this. But unfortunately I think that the personal relationships within the family will not only be strained but I think many of them will be severed and broken for a very long time, if not indefinitely.