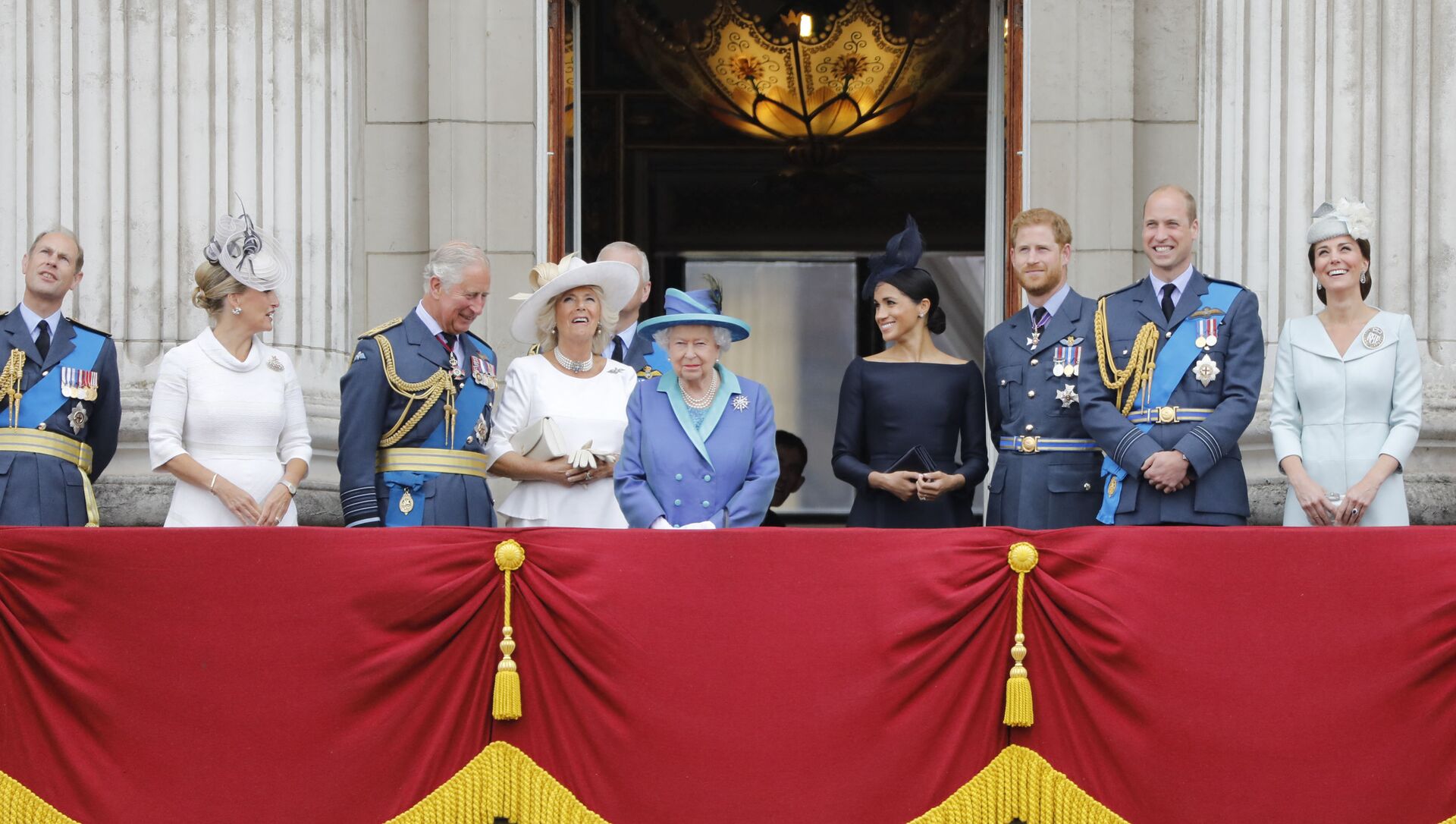 Oleg Burunov
All materialsWrite to the author
On Monday, UK Prime Minister Boris Johnson expressed his "highest admiration" for Queen Elizabeth II while declining to comment on remarks made by Prince Harry and Meghan Markle in their tell-all interview with Oprah Winfrey.

Buckingham Palace is reportedly in turmoil as it tries to tackle the fallout from the Duke and Duchess of Sussex's bombshell interview with Oprah Winfrey that aired on 7 March. During the sit-down, Prince Harry and Meghan Markle revealed new details about their life after the so-called Megxit, also rolling out their accusations against the Royal Family.

Markle said that during her first pregnancy one member of the Royal Family asked Harry how dark her son's skin might be. She did not reveal the identity of the said individual, stressing that "it would be very damaging to them". Separately, the Duchess of Sussex opened up about her considering suicide at one point in her life and likening being a royal to living under a COVID-19 lockdown. 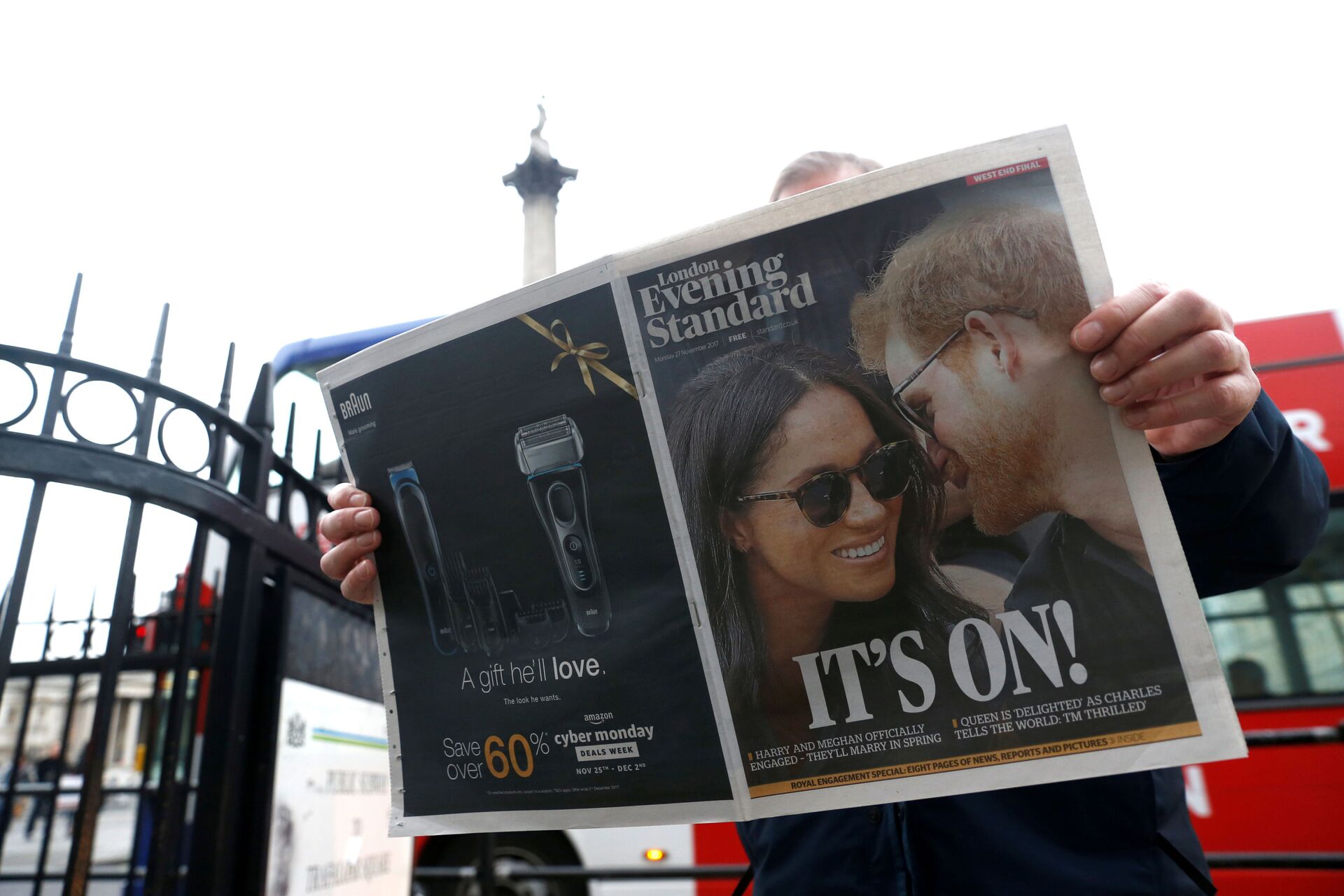 The Daily Mail cited unnamed sources as saying that Buckingham Palace is "shocked and dismayed" by the claims made in the interview and that it remains in the grip of "sadness" that Prince Harry pressed "the nuclear button on his own family".

"Staff are reeling. But there is [also] a strong sense of needing to retain a dignified silence and show kindness and compassion. There's a lot people want to say but no one wins with a tit-for-tat battle. Bridges need to be built after all this is over, after all", the source added.

The remarks came amid reports that Queen Elizabeth II, Prince Charles, and Prince William were engaged in crisis talks over how to react to the Winfrey interview.

The Queen, for her part, refused to sign off on a prepared statement to underscore the Royal Family's love and concern for the Duke and Duchess of Sussex. Media reports said that the Queen would want more time to deal with her response. 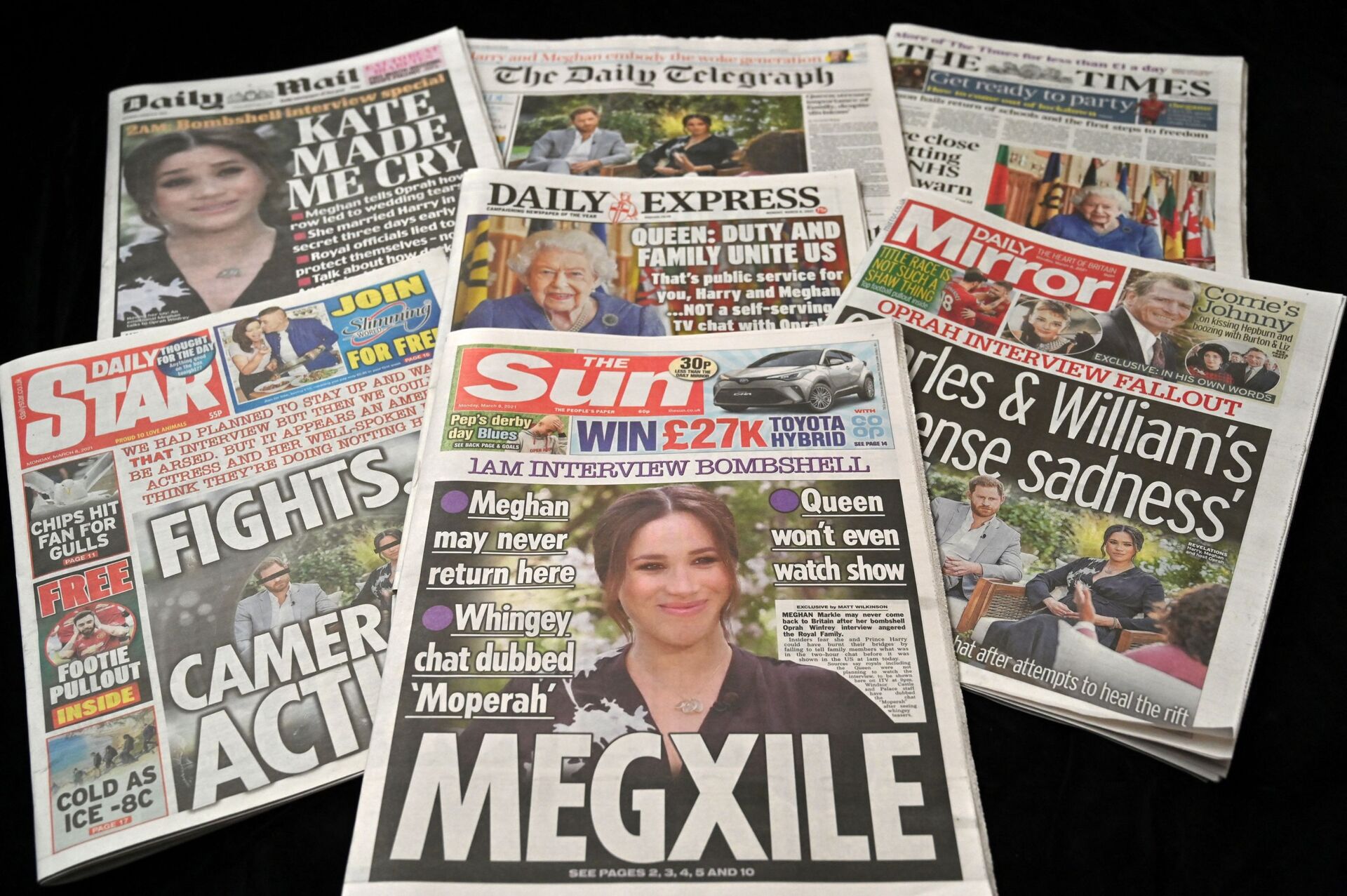 An arrangement of UK daily newspapers photographed as an illustration in Brighton on March 8, 2021, shows front page headlines reporting on the story of the interview given by Meghan, Duchess of Sussex, wife of Britain's Prince Harry, Duke of Sussex, to Oprah Winfrey, which aired on US broadcaster CBS.
© AFP 2022 / GLYN KIRK

Prime Minister Boris Johnson has, meanwhile, declined to comment on the interview, saying that "when it comes to matters to do with the Royal Family, the right thing for prime ministers to say is nothing and nothing is the thing that I propose to say today".

Johnson added that he has "always had the highest admiration for the Queen and the unifying role that she plays".

Lord Zac Goldsmith, Minister for Pacific and the Environment, asserted that Harry was "blowing up his family" with the interview, while Labour leader Keir Starmer insisted that the couple's claims should be taken seriously.

"It is really sad to see the [Royal] Family in turmoil like this. The issues that Meghan has raised of racism and mental health are serious issues", he pointed out.

In 2020, Harry and Meghan stepped away from their royal duties, deciding to split their time between the UK and North America as they signalled a desire to become financially independent from the Royal Family. The couple currently lives in the US and is expecting their second child.