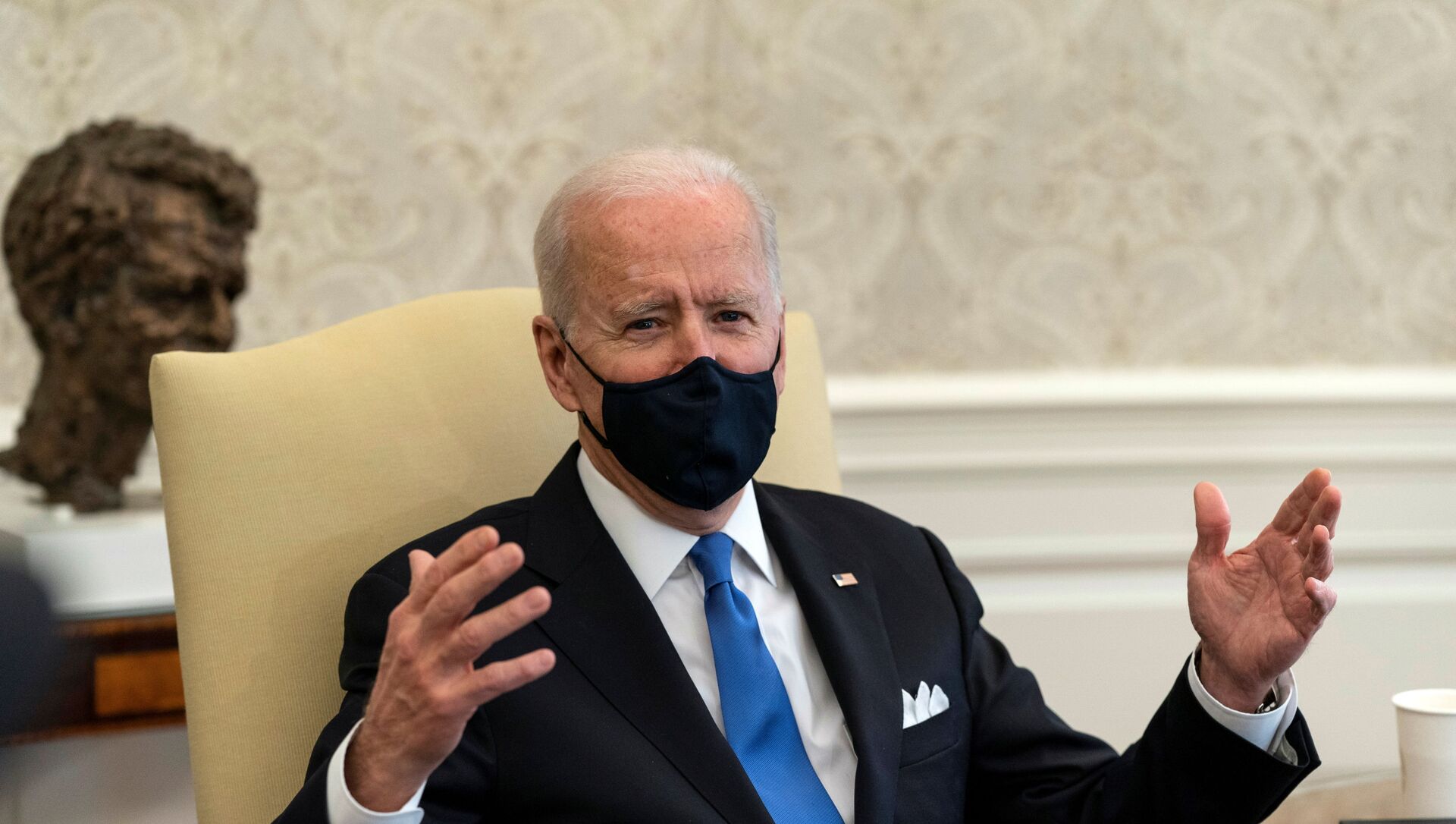 Max Gorbachev
All materialsWrite to the author
According to US media, the Democrat has gone almost 50 days without a solo press conference since he became president of the United States. He is behind his 15 most recent predecessors. Responding to the criticism, the White House said that the president takes questions from reporters in informal settings.

Joe Biden’s gaffes is the reason the Democrat "hides" from the American people, said a former White House press secretary. Appearing on Fox News, Kayleigh McEnany was asked to comment on the Democrat’s relationship with the media and compare him with his predecessor Donald Trump.

McEnany said she didn’t have to do daily briefings, because the country heard from Trump directly "on his way to Marine One" or "at the White House podium". "This is transparency", McEnany added.

She then accused the Democrat of failing to keep his pledge to be transparent.

"Joe promised that but is giving us nothing of the sort, and now we see why… He forgot the name of the Pentagon and his own defense secretary, so no wonder they hide him. It’s probably a good strategy from a PR perspective. They hid him from the American people during the entirety of the election. They check the box every few months when, finally, a left-wing network piped up and said 'wait, Joe hasn’t taken questions in X number of days.' They’d check the box and move on, and that’s what they’ll do this month," the former press official told TV host Sean Hannity.

McEnany referred to the gaffe Biden made earlier when he seemingly struggled to remember the name of Defense Secretary Lloyd Austin during the ceremony to promote two female generals.

Responding to criticism, the incumbent White House press secretary Jen Psaki said that Biden will hold a solo press conference at the end of the month.

Biden is no stranger to making gaffes; he called his Vice-President Kamala Harris 'President-elect' and twice called Donald Trump by the wrong name George (apparently he thought he was running against another Republican George W Bush). He also confused Iran with Iraq and promised to put "720 million" US women back into the workforce, when the entire population of the United States is only 329 million.